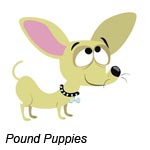 The Hub’s top-rated series Pound Puppies will return with new episodes on August 13, capping off the week-long Dog Days of Summer programming event on the cabler.

Produced by Hasbro Studios and based on the popular ‘80s toy and toon franchise, the show will be back in action with two new half-hour episodes back-to-back Aug. 13 from 9 – 10 a.m. ET (and again from 4 – 5 p.m. ET). Starring the voice talents of Eric McCormack, Alana Ubach, Michael Rappaport, John DiMaggio, Yvette Nicole Brown (and the formidable Betty White as Agatha McLeish), Pound Puppies has been a consistent top performer for the network since its premiere last October. 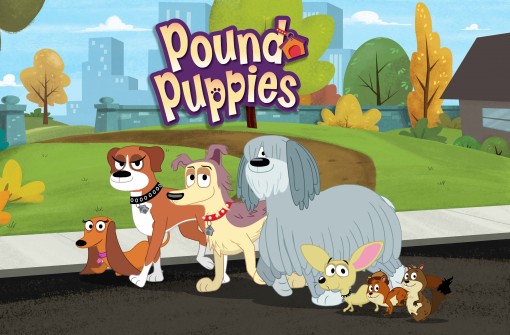 The new episodes will round off The Hub’s Dog Days of Summer primetime line-up of canine comedy, running Aug. 8 – 14. Catch your favorite four-legged friends from 102 Dalmatians, Air Bud, All Dogs Go to Heaven and Cats & Dogs at 8 p.m. throughout the week, with encore airings over the weekend. To find out more about Pound Puppies, check out the new issue of Animation Magazine, arriving next week.