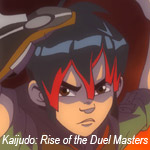 The animated action-fantasy series Kaijudo: Rise of the Duel Masters is scheduled to premiere June 2 on The Hub.

Kaijudo: Rise of the Duel Masters is follows the adventures of a young hero, Ray, who possesses the rare ability to befriend and duel alongside fantastical creatures from a parallel dimension. Evil forces would have these creatures tamed and enslaved, so Ray and his two best friends must join the ranks of the mysterious Duel Masters to ensure the survival of both races before it’s too late. 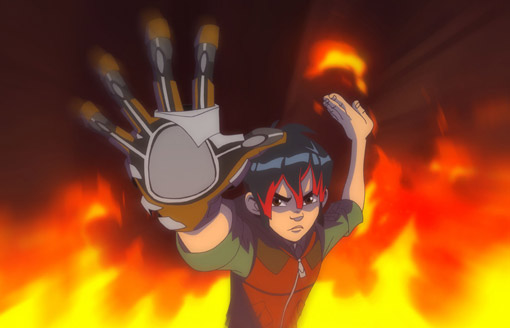 Kaijudo: Rise of the Duel Masters premieres June 2 on The Hub.

Produced by Hasbro Studios, Kaijudo is a re-imagination of the hit Duel Masters property in Japan developed by Wizards of the Coast and Hasbro. The series is supported by an online game at Kaijudo.com that launches May 5, and a trading-card game due out this summer.

A special sneak peek of the first three episodes of the animated series will be presented May 5 from 8:30-10 a.m. ET on The Hub, with encore performances throughout the week.

Here’s a clip of what’s in store from Kaijudo: Rise of the Duel Masters:

What do you think Animag readers? Is this worth checking out? Or is the duel lost before it’s even begun?