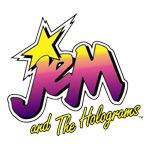 Glamour and glitter, fashion and fame await fans of the classic ‘80s animated rock adventure series Jem and the Holograms as Hub Network celebrates the pink-haired heroine with a five-episode marathon Sunday, May 26, beginning at 12:30 p.m. ET.

No need to fret about which Memorial Day weekend barbeque invitation to accept, just stock up on snacks and kick back to enjoy the first five episodes of the series: “The Beginning,” “Disaster,” “Kimber’s Rebellion,” “Frame Up” and “Battle of the Bands.”

The show, a collaboration of Hasbro, Marvel and Sunbow Prod. created by Christy Marx, follows Jerrica Benton who discovers a powerful computer called Synergy that allows her to transform into rock star Jem and teams up with her sister and BFFs to form a band, The Holograms. Trying to sabotage their rock star dreams are the ruthless Eric Raymond and his devious musical protégés, The Misfits. Toei provided the 2D animation for the show, which ran from 1985 to 1988. 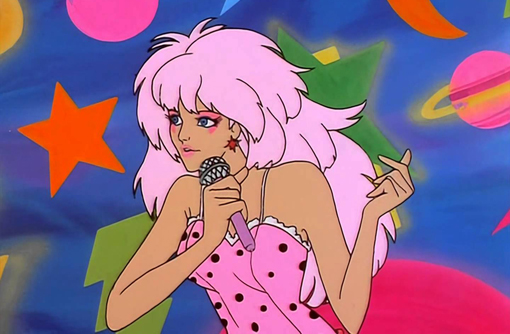 ‘Peg + Cat’ PBS Premiere Announced
First Reviews of Folman’s ‘The Congress’ Are In!