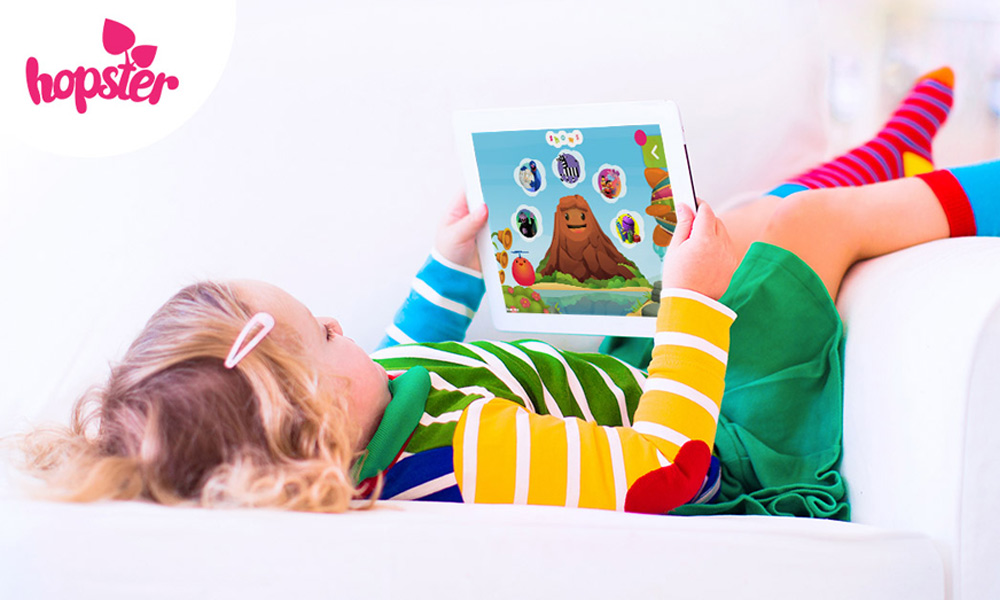 Research conducted into the most popular video content for preschoolers has found it to be severely lacking in representation of diverse communities. The U.K. report involved analysing 50 of the most popular shows aimed at preschoolers on public service broadcasting channels, streaming and video on demand services, assessed through desk research and qualitatively, evaluated and scored by an independent specialist children’s research agency. The research was commissioned by BAFTA-nominated pre-k platform Hopster.

“Many shows aimed at preschoolers are entertaining and educational, but it’s clear from our research that stereotypes still creep in,” said Nick Walters, Founder & CEO of Hopster. “At Hopster we use our own curriculum, based on the Early Years Foundation Stages, to select content. Teaching kids about diversity and inclusivity is part of that curriculum — and we want to deliver content that addresses that need. A great example is our recent Pride themed content — where we commissioned a slate of LGBT+ content to represent a diverse range of families. All of the content focuses on positivity, love, family, friendship and trust — with the topics introduced in a way that’s easy to understand even for the youngest audience. It’s so important that kids from all types of families see themselves represented in the shows they watch.”

The research found that there were no lead characters with a disability in these top 50 shows, despite 22% of the U.K. population having impairments or disabilities. Furthermore, over half of the programs featuring disabled characters used them either in a tokenistic way (they were not central to the storyline), or their disability was used negatively (e.g. to make them appear sinister or threatening). For example, in Dinotrux, a villain is shown to have Tourette’s Syndrome and muscle spasms, whilst another character is teased for his small size and color. In LEGO Ninjago, a villain called the Iron Baron has prosthetic limbs, facial scars and is partially sighted. 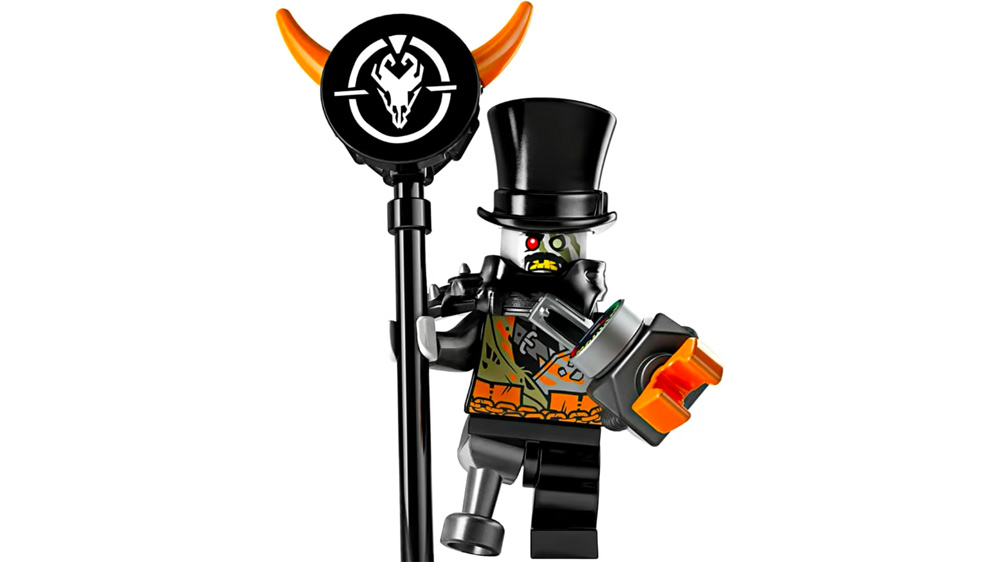 Despite being 50% of the population, working class families were severely underrepresented, appearing in just 9% of shows. Palaces, castles, mansions, and “privileged” families are being presented, through preschool content, as the norm. Negative social stereotypes often persisted, as demonstrated in My Little Pony, where the unintelligent, “working class” goat characters are given strong Southern U.S. accents; and Beat Bugs, where a wealthy character is claimed to be beautiful because of their wealth. Shows that do not conform to this stereotype include Little Princess and Apple Tree House, which is set in London’s Tower Hamlets. 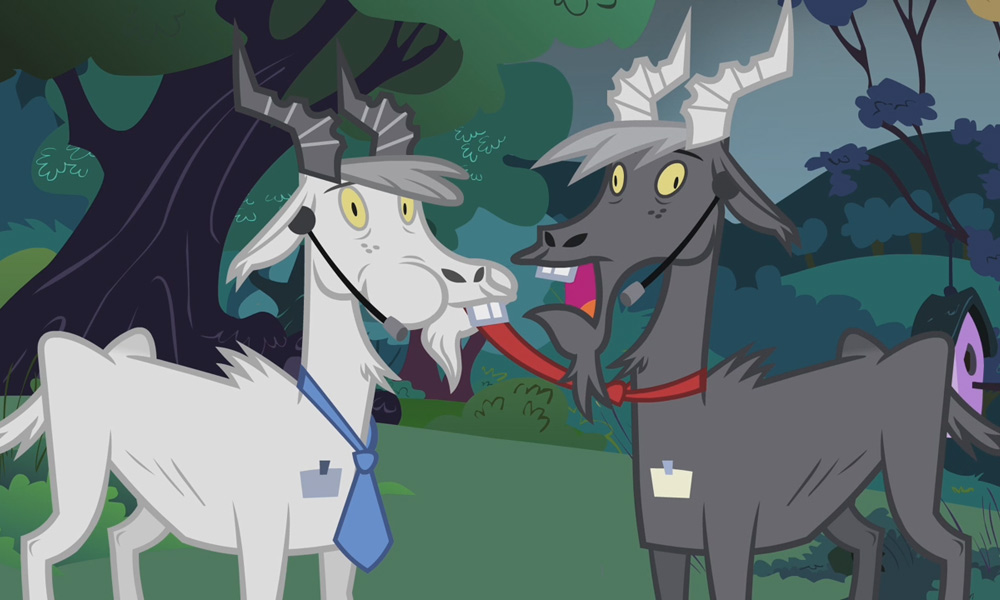 Only six of the 50 shows from the study had “lead” BAME characters. In just under half of the cases where BAME (Black, Asian and Minority Ethnic) characters were included, they were background characters/ tokenistic (e.g. Horrid Henry and Ranger Rob). The Wiggles episodes featured an entirely white leading cast. Just three out of the 50 shows analysed had a BAME character as a consistent lead: Apple Tree House, Go Jetters and Blaze and the Monster Machines; as well as three of the YouTube nursery rhyme channels: ChuChu TV, Mother Goose Club and Little Baby Bum. 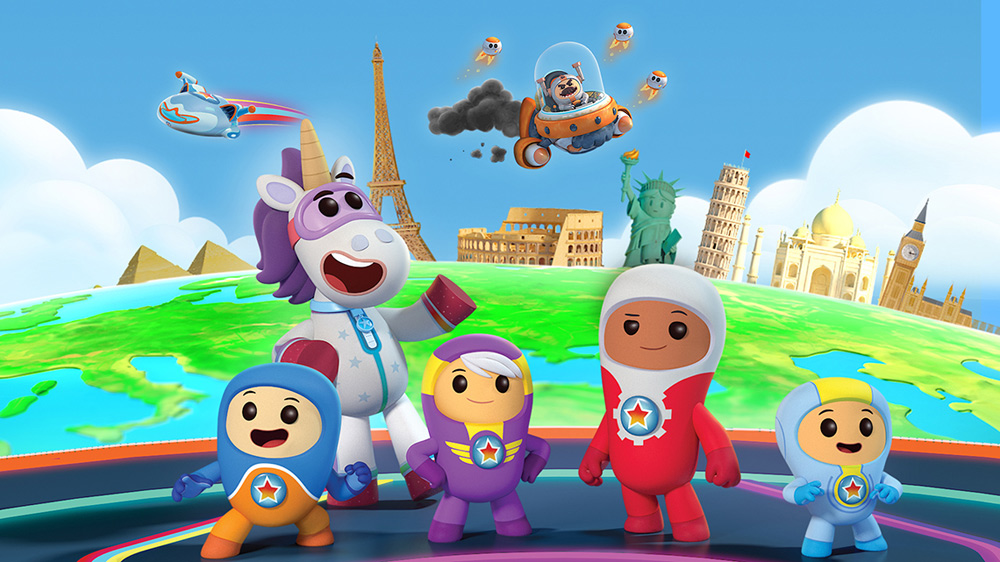 The in-depth report also found that representation of LGBT+ was extremely lacking, with little evidence of LGBT+ representation in any shows, only 7% of the episodes involved in the study alluded to an LGBT+ character, usually very fleetingly.

Many additional negative stereotypes were also portrayed: from incapable single mothers in Fireman Sam to greedy/lazy overweight people in Smurfs and “nerds” wearing glasses in Alvin and the Chipmunks.

A considerable amount of objectification was noted in the 50 shows examined. My Little Pony and Shimmer and Shine show stereotyped femininity, e.g. through their long thick hair and oversized eyes. A preoccupation with female body ideals can also be seen through younger preschool content such as Barbie’s Dreamhouse Adventures.

Streaming and subscription services, including Netflix and Amazon, were found to be more likely to contain negative cultural, social or gender stereotypes than free-to-air channels. Popular YouTube series Webs & Tiaras was the lowest scoring show of those included in the study. Created by a group called Toy Monster Compilations, the show currently has almost a million subscribers and over 179 million views and features “actors” dressed as Elsa (from Frozen) and Spider-Man living in a suburban environment. Episodes may incorporate other well known characters and, whilst the popularity of each varies, the majority receive millions of views.

CBeebies has three of the top five most inclusive and representative shows, with high scoring programs across most categories.

“This study by Hopster shows how easily stereotypes and a lack of diversity can creep into the content children are watching,” noted Laverne Antrobus, child and educational psychologist. “Preschoolers as the next generation need to view programs that invite them into a world, where the rich layers of difference are celebrated and crucially seen within their favourite programmes. Parents need to be mindful of the content their kids are watching, as seeing themselves and others reflected on screen will nurture their sense of a society in which everyone is represented and can feel they belong.”

Hopster is available on a free seven-day trial and then available starting at £3.47 a month. Learn more at www.hopster.tv/why-hopster.

Trailer: Apple TV+ Blasts Off with Peanuts Original ‘Snoopy in Space’
The Next Wave of Comics-Inspired Movies