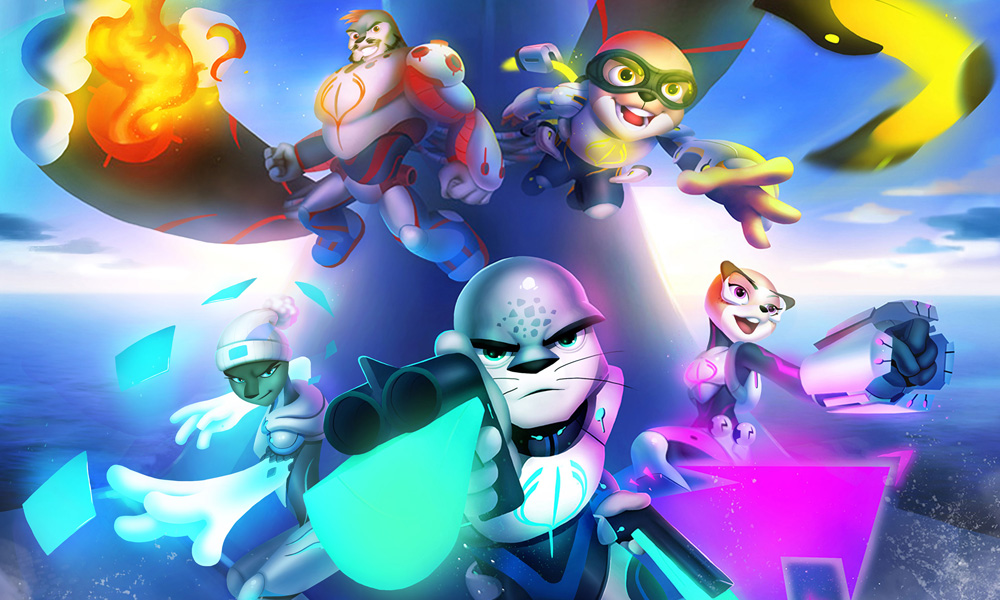 “We’re thrilled to have sealed our partnership with Caldera Creations for this wonderfully energetic and funny new series. It introduces a whole new set of lovable heroes that we are sure will capture the hearts and imagination of young viewers all around the world,” said Oliver Ellis, Joint Managing Director, Hoho Entertainment.

Seal Force 5 follows the exploits of our adorable misfit heroes — five arctic seals, mysteriously mutated into humanoid form — as they strive to thwart the mendacious meddling of the evil Order of Eden, which threatens to push the world to the edge of ecological collapse. Seal Force 5 are all that stand between the Earth and catastrophe. Packing beyond-state-of-the-art firepower along with off-the-chart cuteness, the smart-talking seals dish out their special brand of marine mammal justice, asking for nothing in return … except a bucket of fish!

“We were looking for an animal that is both adorable and funny yet also fit for action, but isn’t already a pop culture icon – and seals were the perfect choice,” said Paul Caldera of Caldera Creations. “From there, the idea of using seals as Navy SEALs seemed like a ready-made match for the action/comedy animation genre – and we’re delighted to have found another great match in Hoho to help us bring our ideas to fruition.”

Cousins Paul and Rob Caldera grew up creating their own comic-book and science fiction stories and characters, even “founding” an imaginary production company… with a logo to boot. Doing something real along these lines was always in the back of their heads. Eventually, they were inspired to form Caldera Creations after noticing how a girlfriend’s little brother was engrossed by the latest animated show/toy phenomena, deciding they too could create something to strike a chord with kids. Seal Force 5 is the result.