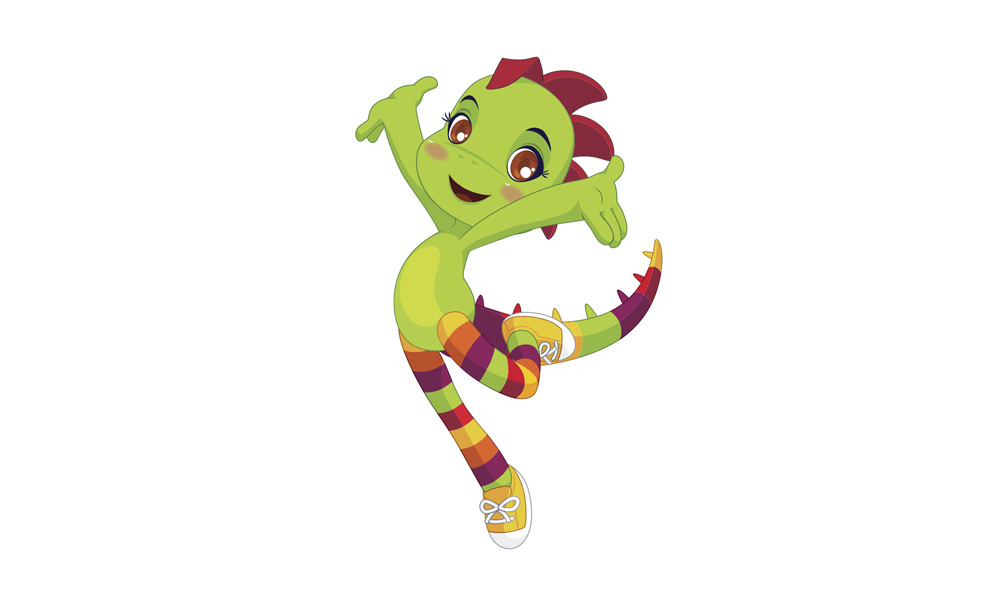 London-based kids production and distribution outfit Hoho Entertainment has teamed up with JLI to co-develop and co-produce a brand-new animated preschool series based on the Latin heritage brand Juana la Iguana.

In the new 52 x 11’ series, Juana becomes mentor and guide to youngsters Amazonas and Miguel, leading them on exciting adventures as they discover the magic and wonder of Estrella Island. In doing so, Juana shows the kids that kindness and compassion are the problem solving tools for any difficulty.

Juana la Iguana has been a favorite in Latin America for over 20 years. The original Spanish-language character show was created by Tania Gilinski, along with partners Amanda Quijano and Anita Katz – three Latin American mothers who wanted to create a program for children that incorporated their culture and encouraged pro-social values. The brand started as three home videos, one of which was second only to The Lion King in sales in Venezuela. It was then picked up by national TV and became a smash hit at home and in neighbouring Latin American territories.

Gilinski went on to become a tech entrepreneur and teamed up again with Quijano and Katz to relaunch Juana in 2015 with a 2D animated makeover. The new apps and online platforms offer high-quality content that is fun, engaging, innovative and culturally relevant for children 2-6. A bilingual Juana la Iguana musical theater show enjoyed a successful run at the Miami Children’s Museum in September 2017 and regularly plays at venues around the Florida area. A new partner, Ronit Shiro, came on board in 2018 as Head of Business Development for the brand.

Helen Howells and Oliver Ellis, Joint Managing Directors, Hoho Entertainment, said: “We are thrilled to be working with JLI to bring their delightful creation to a whole new global audience. Juana is a unique and lovable character whose values of kindness and compassion are as important now as when she first appeared.”

“We are so excited to be creating a new narrative for Juana la Iguana and to be able to share our vision of building a better world one child at a time with the good people at Hoho,” said Gilinski, JLI.

‘Moon and Me’ Debuts on Universal Kids May 20
DrinkTV Stirs Up ‘Hell Den’ with Shout! And Comedy Troupe Dr. God