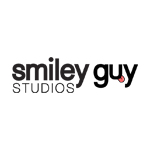 Even if you’re not from Canada or have ever been to Canada, there are still a couple things about the country known to almost everyone: It’s cold there in winter, and Canadians love hockey.

So it should be no surprise that the latter element at least could find its way into an animated holiday special focused on ballet, as is the case with The Curse of Clara: A Holiday Tale.

The half-hour animated special, produced by Toronto-based Smiley Guy Studios, tells the tale of a young girl in 1972 at the National Ballet School who aspires to the lead role of Clara in the holiday production The Nutcracker. She finds inspiration in the form of Phil Esposito, who was a leader of the Canadian national hockey team that played an iconic eight-game Summit Series with the Soviet Union that same year, and is one of the game’s all-time greats. To Vickie, the image and voice of Esposito offers inspiration that leads her to defy expectations and land the coveted role — and an encounter with the real-life Esposito. 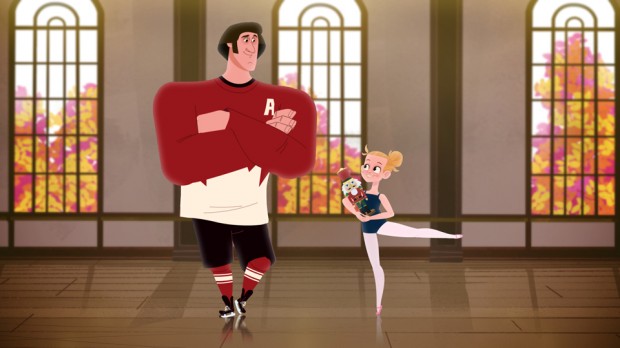 Producer and co-writer Jeremy Diamond says the project originated in 2013 when Smiley Guy was invited to make its first pitch to the CBC. The source is an autobiographical story by Vickie Fagan that was published in a family journal magazine and came to the attention of Smiley Guy Studios.

“We recognized its potential as a holiday special — especially for Canada: it had the Christmas Nutcracker element, it had the hockey element,” says Diamond. “And our instincts proved correct – they were really into it.”

Landing a development deal in 2014, Diamond and Fagan went to work on adapting the story into animation. “It’s basically the short story but it veers off significantly in that she never met Phil Esposito in the story and there’s a lot less action that way,” he says. “Bringing Phil into the story as a figment of her imagination and then as a real person was where we added to the story to put a little more holiday magic into it.”

Even without a final script, the CBC gave Smiley Guy the green light on June 1 — giving them about six months to complete the special.

Animation director Mateusz Garbulinski, who has been with the company since its start in 1998, says he was excited by the project and also anxious about the deadline.

Garbulinski says the company has, from the start, used Flash as its primary animation tool. “I would say in the last three or four years we’ve really been trying to push it to the breaking point,” he says. “It’s like, how far can we push Flash to make it look good enough so you wouldn’t even know it’s Flash?” 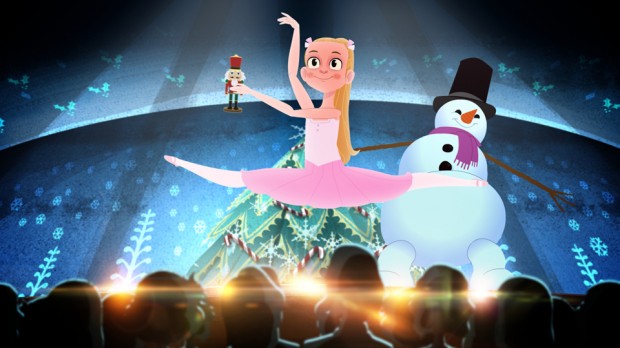 Flash is not the easiest program to work with, Garbulinski says, but good animation shines through. “Every day, I’m amazed with the results and how much control animators can actually have using this program,” he says. “These are just single drawings that are being squashed and stretched and skewed to create these really nuanced, almost micro expressions that really come through in the characters.”

The key to making the final product look un-Flash like is to give it a second pass, or what Smiley Guy staff refer to as 2½-D. “That second pass is fabrics and secondary action,” says Garbulinski. “So on Vickie’s ponytail, as she’s jumping through or she’s dancing, her dress is following through. That’s not cheated, that’s classically animated; that’s frame-by-frame animation.

Garbulinski says he has always tried to push his animation ability to improve and has encouraged the same in his colleagues.

“I don’t think there’s a single animator in the world who doesn’t want to develop their skills and I know everyone wants to work on a high quality project,” he says. “It’s kind of my own personal goal to really bring out the best in the animators. That’s where people find themselves invested in a project and become more contributors than workers.”

One of the more difficult aspects was needing to animate characters dancing ballet, especially with former Prima Ballerina of Canada Veronica Tennant as producer on the project and scrutinizing the accuracy of the animators’ work.

“(Ballet) is such a specific thing that doing your research was really important,” says Garbulinski. “Almost every single animator had a YouTube video playing some sort of ballet performance (for reference). It’s through osmosis and observation that we were able to get these ballet moves to look somewhat authentic.” 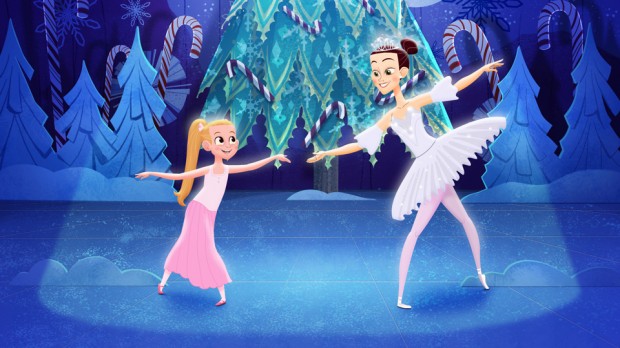 With six or seven principal animators focused entirely on performance and about 10 more working on the rest of the project, production moved at a quick pace.

One of the more fun aspects of the project was getting Esposito to voice his younger self. “He had acted before in Rescue Me, so he had some acting chops, and he was a real pleasure to work with,” says Diamond. “I think he brought that character to his character.”

The final shots were delivered on time and the special will premiere Dec. 14 in Canada at 7 p.m. ET/PT on the CBC, with an encore to air Dec. 25 at 5:30 p.m. ET/PT. Viewers outside of Canada will have to content themselves for now with some clips while awaiting international sales for the special.