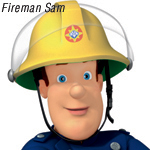 Look for Fireman Sam to be on the job for a while longer.

HIT Entertainment announced it has begun pre-production on an eighth season of the animated series for preschoolers. Twenty-six 10-minute CGI episodes are in the works for delivery in the spring of 2012.

The new series is being produced by Xing Xing, a digital animation company in China that collaborated on the sixth and seventh seasons of the series.

“Fireman Sam’s popularity has risen to new heights over the past 12 months and by green-lighting an eighth series HIT Entertainment demonstrates its commitment to ensuring the future remains bright for TV’s favorite fireman,” says Marion Edwards, VP of current programming at HIT Entertainment. “Viewers can look forward to lots more excitement and adventure in Pontypandy and some new faces amongst the old favourites!”