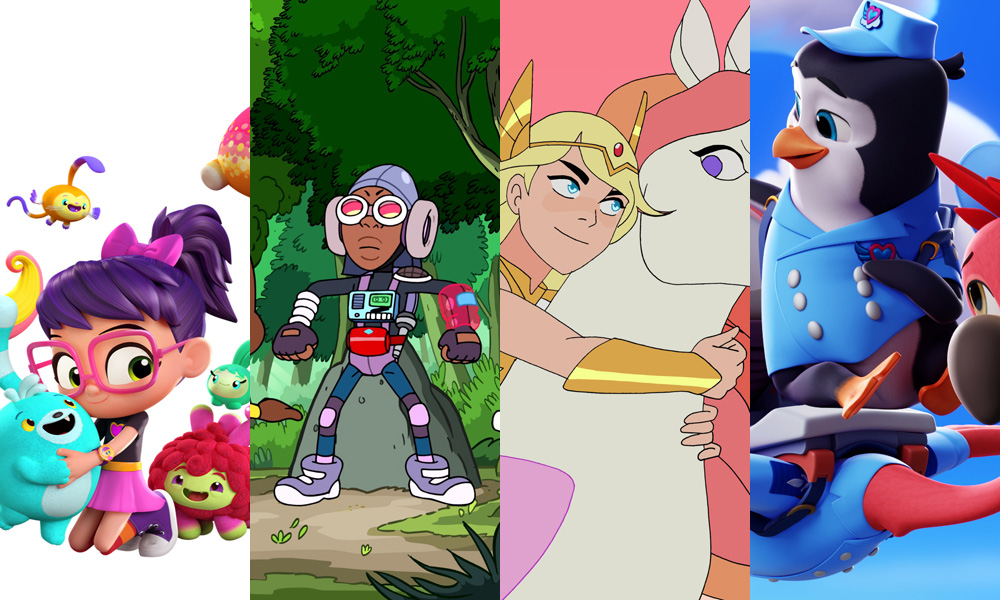 Abby Hatcher, Craig of the Creek, She-Ra, and TOTS

It practically goes without saying that children’s animated shows today don’t look like they used to. But neither do they sound the way they used to. Gone are the days of generic themes repeated over and over to underscore the action. Today’s kidvid producers are calling upon contemporary composers and songwriters to provide hipper and more flavorful scores that not only enhance the stories, but on occasion help contribute to them.

“I don’t want to write Baby Shark,” says Rob Cantor, who provides the music for Disney Junior’s soon-to-premier series T.O.T.S. “I want the music to be accessible for kids, but also something that parents will really enjoy listening to as much as their kids.”

Created by Travis Braun (Vampirina), the show is set against a baby-delivering operation called “Tiny Ones Transport Service” (T.O.T.S.) and follows non-stork delivery agents Pip and Freddy ─ a penguin and a flamingo ─ as they convey all manner of animal infants across the globe. Much of the music on T.O.T.S. comes by way of songs. “In addition to the theme song there’s a recurring song that happens in each episode, and an original song or two specific to that storyline,” Cantor says. “The writers do a great job of setting up why and where and how the song needs to happen in terms of the story.”

While working within television budgets and schedules (which for hard-working composers is about two weeks) means that most TV toon scores are created through sample libraries, songs are a different proposition. Cantor uses a mix of live instruments and sampled instruments, with a preference for live recording whenever possible. 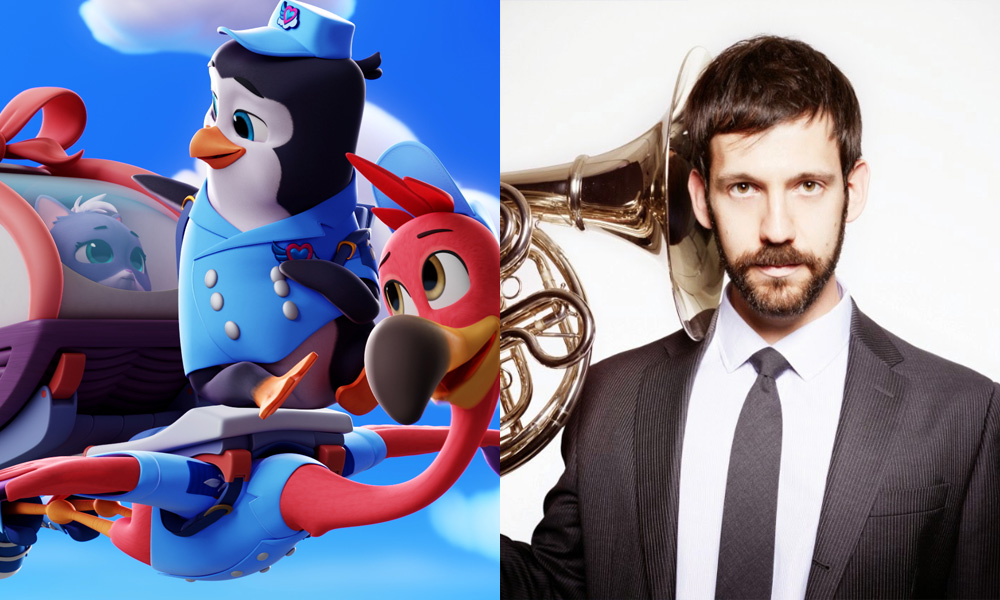 “I think a big part of the show is that organic feel,” Cantor says. “Generally, every song contains drums, guitar, bass and some keyboards, and then depending on what’s going on in the story, adding some musical flavors into a song might make sense. If they’re delivering a baby in the savanna, it might make sense to use African drums. They’ve been super-welcoming to my creative contributions from a sense of humor standpoint, and within the songs they give me a lot of leeway to contribute ideas that may not necessarily be musical in nature. I really appreciate that.”

Songs also feature prominently in the scores for Nick Jr.’s Abby Hatcher, which is produced by the Toronto-based toy and entertainment juggernaut Spin Master, and animated by Guru Studio. In this case the songs are known as “ditties” and are performed by the “Squeaky Peepers,” an octet of little creatures known as Fuzzlies who are adventure-mates of the show’s seven-year-old protagonist. “A lot of the ditties would be composed off the script, before the Leica reel, because they animate to the lyrics,” says Brendan Quinn, creative director of Toronto’s Vapor Music and writer of the ditties. The songs are then worked into the overall score by composer Ryan Carlson. “A lot of times I’ll give Ryan a quick call and say, so what’s the next key for the scene that follows, which you’re going to have to write into?” Quinn notes.

As for Carlson, who has a background in live action, he admits he had to readjust his thinking a bit for animation. “Your instinct is to score every little moment and joke, but sometimes it’s best to let the dialogue and the sound effects do their own thing,” he says. “Unlike other shows where music is intended to mirror the action and dialogue, our director Jamie Whitney really preferred having more emotional beds of music under those scenes.” And while one should never underestimate the musical sophistication of preschoolers these days, Carlson points out guidelines remain for the 2-to-7 market.

“You’re not making it sound like squeaky toys or music for babies, but you can’t make the music sound dangerous, even in a chase scene or an intense action scene,” he says. “You don’t want to make it sound like a blockbuster movie where there’s danger and a lot of tension.”

Carlson employs two sample libraries from Symphobia to create the scores. “One is called ‘Animator,’ which has instruments perfect for an animated kids’ show, and the other one is a straight-ahead orchestral library with strings, brass, and woodwinds,” he explains. “Every Fuzzly has their own unique theme with their own unique instrumentation based on how they walk, or talk, or behave. You think, maybe an upright bass would work, or bongo drums for this character, so you assemble this group of instrumentation and start writing the theme.” Lead character Abby Hatcher, of course, has her own theme, which is put through many variations. “There’s a bossa nova Abby theme, a big action version, and a nurturing, show wrap-up version.” 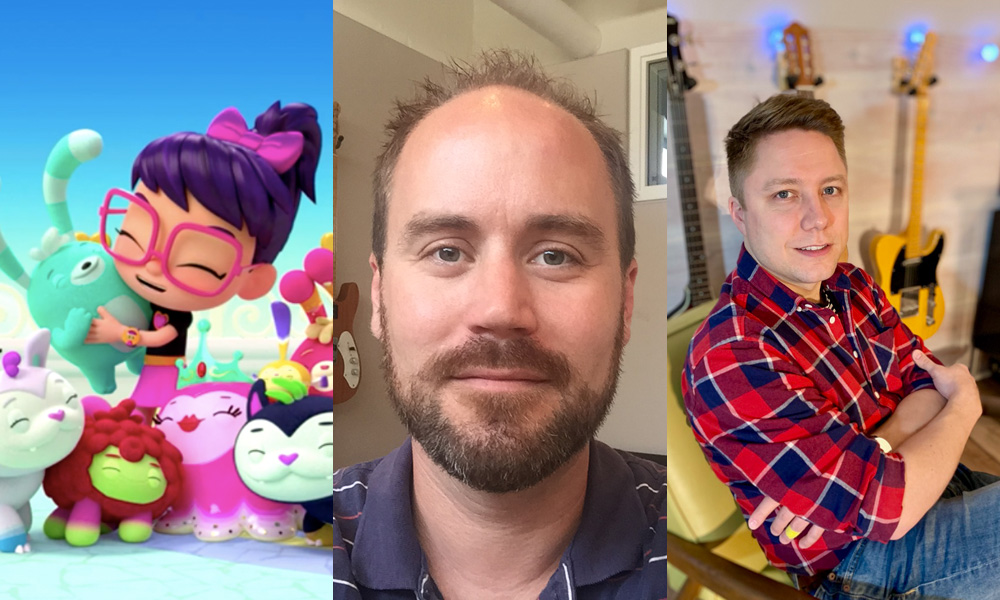 DreamWorks Animation Television’s She-Ra and the Princesses of Power, a reboot of the classic 1980s toon distributed by Netflix, also features a large cast of characters — mostly the princesses of the title, each of whom has their own musical motif. But since the show is targeted to a slightly older demographic, composer Sunna Wehrmeijer was not issued any “danger” warnings.

“From the beginning, they said don’t shy away from anything too dark or too intense,” she says. “The music gets quite intense, with some really dark, creepy stuff sometimes. I guess they just wanted to have that impact.” Wehrmeijer confesses that she has never seen an episode of the original series. “It might not have made it to [my birth country] the Netherlands,” she says, “which may be a good thing, because this is so different and not attached to the old one at all.”

Wehrmeijer describes the overall sound of the series as “a combination of contemporary ’80s feel, but modern, classic adventure orchestral stuff.” As for the process: “We have a spotting session, usually with [series developer] Noelle Stevenson, and she will give me a lot of input as to what she expects and would like to hear. Most of the episodes have big moments and a big score. I use a lot of Spitfire Strings and Spitfire Woodwinds and Hollywood Brass, and so many kinds of synths. I also use Ableton, for which I have some people design personal custom stuff, a few swells and creepy effects.”

Wehrmeijer also provided vocals for some of the episodes, as did Rob Cantor for T.O.T.S. (including a bit in which he voiced the stork background singers behind a Gladys Knight and the Pips takeoff). Jeff Rosenstock, who created the theme songs and scores each episode of Cartoon Network’s Craig of the Creek, also provides vocals for his show. That is not surprising since he got the gig because the show’s co-creator (with Matt Burnett) Ben Levin followed his band, Bomb the Music Industry. “[Animation] was something I always wanted to do but never even thought it was in the scope of possibilities for a punk musician,” Rosenstock says. “Getting into it was crazy, but I think me and Ben and Matt share some of the same reference points; punk and rock music of the ’90s.” 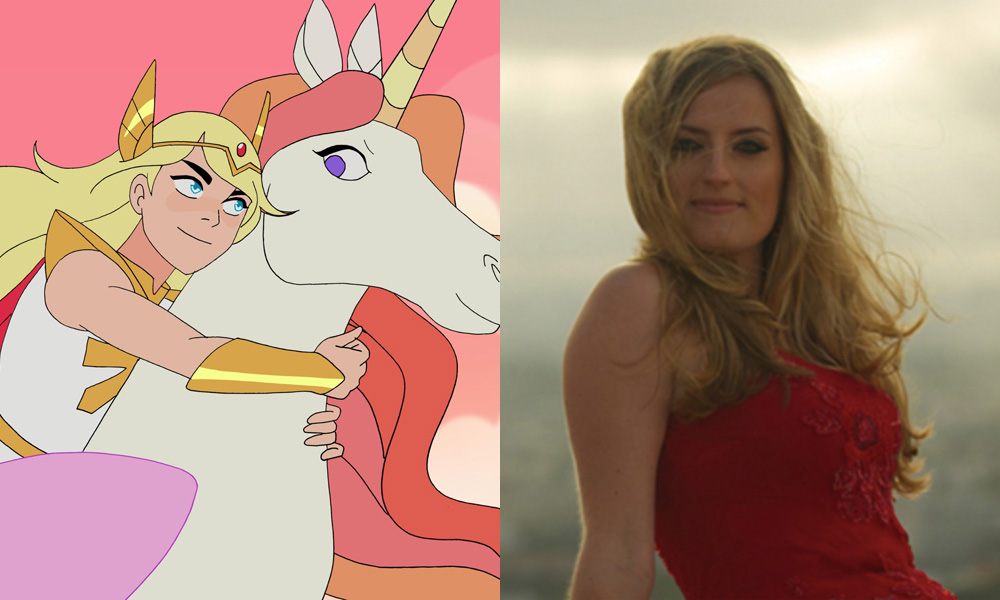 A Bit of Punk and Ska

Adhering to the current trend in kidvid music, Rosenstock strives not to make the scores overly cartoony or childish. “The show is a bunch of kids running around playing, but they never treat it that way,” he says. “The kids always treat whatever problem they’re dealing with as if life is going to end unless they find this bucket, or whatever they’re looking for. We talked a lot about what their voices were. Craig has a bit of a ska and a punk vibe to him, and also this whammy guitar mystery thing. Kelsey has fantasy metal stuff that we keep exploding, and J.P. has a daydreamy vibe for his music.”

Working from a small room in his apartment, in which he records his own music, Rosenstock says he keeps the scores organic “with a lot of guitars, a lot of bass, a lot of saxophone, a lot of analog synthesizers, and then a handful of software, because I don’t have a piano or vibraphone or drum machine in this tiny room.” His inspiration for creating the theme song was the 1980s Disney hit Gummi Bears. “I thought it was funny because Gummi Bears was based on a candy, but the theme song was this epic thing about Gummi Bears going on an adventure. It’s similar with the Creek kids. They go on things that seem small but grow and grow, and end up bigger than they should be.”

Like Cantor, Carlson, Quinn and Wehrmeijer, Rosenstock says he loves the show he’s working on, and explains why that is so important: “I cannot tell you how many times I end up watching some of this stuff, because you keep going until the music is right. I don’t know what it would be like if it was a show that I didn’t like! But I’m always laughing when I’m working on this show, and that’s a good place to make music from.” 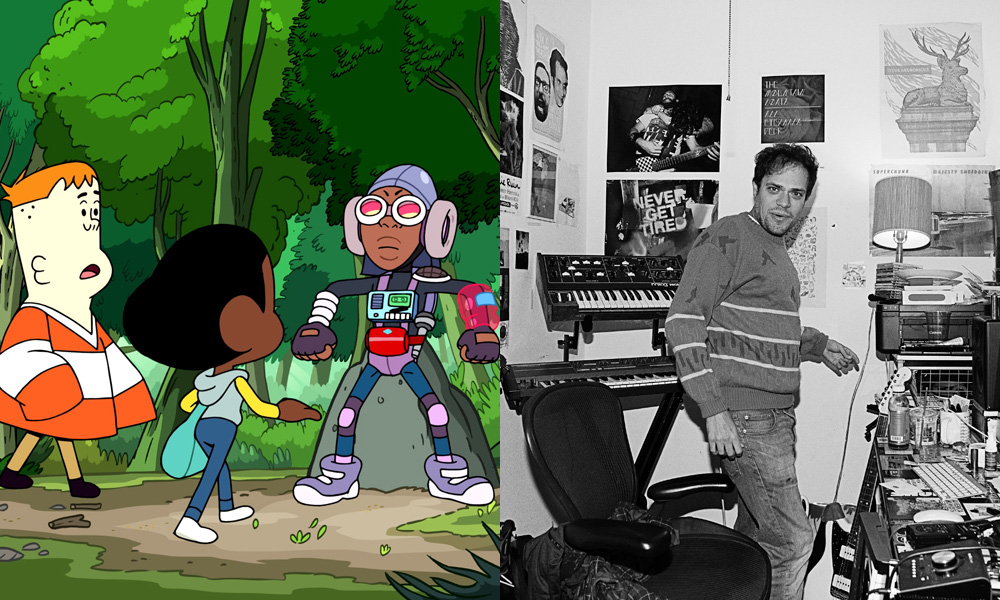 Craig of the Creek, Jeff Rosenstock