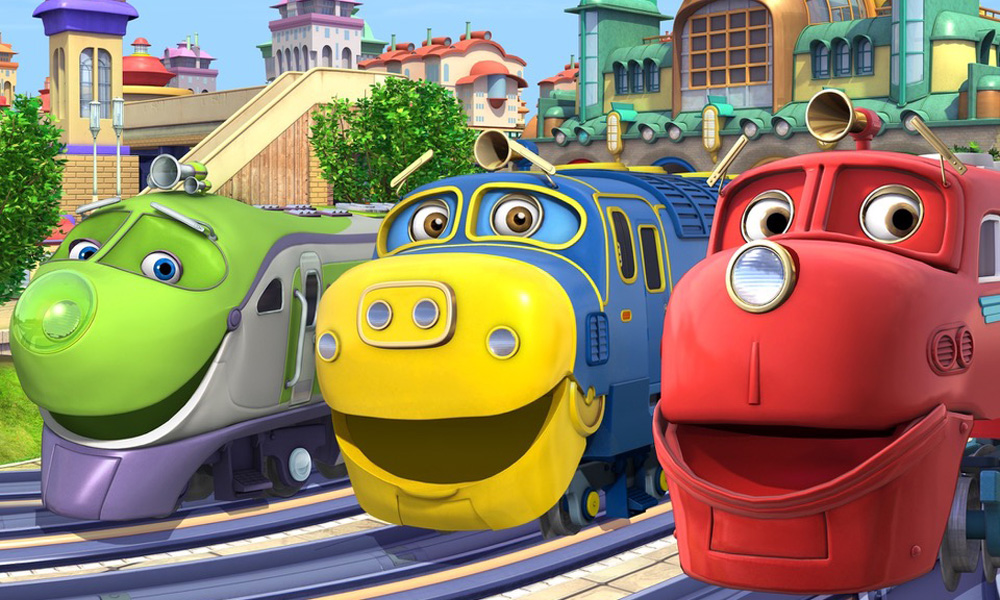 Herschend Entertainment Studios announced that production has commenced on season six of their popular children’s animated series, Chuggington, and that Alpha Group has been appointed as the global master toy partner in a multi-year collaboration to deliver an innovative range of Chuggington toys to fans around the world. The new season and toy line will debut in 2020. HES acquired Chuggington from Ludorum PLC in December 2018.

“Following Herschend Entertainment Studios’ acquisition last year of the globally beloved property Chuggington, we are investing heavily to develop the brand as a true evergreen franchise,” commented HES Vice President Julie Phillips. “We couldn’t be more thrilled to partner with a best-in-class company like Alpha Group with their innovation, state-of-the-art design capabilities and manufacturing facilities, and a global footprint. Additionally, we have Michael Stern, an A-List preschool showrunner, and premiere media partners around the world. As we celebrate Chuggington’s tenth anniversary in 2020 and prepare to move the property into its second decade, we are perfectly aligned with our partners to ensure that we continue to refresh and grow the brand to entertain children for years to come.”

In season six of Chuggington, a 3D visual of the fictional world of Chuggington will be revealed, inviting audiences to join the well-known trio of young, trainee trains, the eager Wilson, loyal Brewster and daring Koko, as they embark on exciting adventures and learn valuable lessons about teamwork, friendship, and fun. Consisting of 52 x 10’ animated episodes, the new season features a fresh approach with new formats, elements, and storytelling styles. A series of 26 x 1.5’ animated/live-action hybrid shorts will be simultaneously produced in support of the new season to allow for increased audience interaction with the world and characters.

Award winner and Emmy nominee Michael G. Stern (Doc McStuffins, Sofia the First, Jake and the Neverland Pirates) will serve as the head writer and co-executive producer for season six, together with key creative and production personnel from earlier seasons. Phillips will also serve as executive producer.

Alpha Group, the leading toy and animation company in China with 10 global offices and distribution to over 100 countries, will serve as the global master toy partner and distributor for Chuggington. A broad range of toys across vehicles, track sets, radio control, plush, games, electronics, smart toys, novelty, and seasonal products are all in development.

“Chuggington’s heritage as a beloved animation and strong consumer products brand was reason enough, but Herschend’s passion and vision for the global franchise is what makes this opportunity so exciting,” said Mark Slater-Hyndman, Head of U.K. & Ireland for Alpha Group. “At Alpha, we are honored to be able to bring fans into the World of Chuggington like never before, through innovations that will surprise and delight.”

Chuggington is enjoyed by preschoolers on A-list broadcast networks and key streaming platforms in over 178 countries across the globe, and the brand has generated over $1 billion at retail from licensed products. The toy launch spearheads the licensing and retail program for Chuggington, which will be fully coordinated with the content focus from season six, offering new and exciting creative opportunities to bring the franchise to life.

Fan engagement is high across digital, with over 1.5 billion watch time minutes on YouTube and 22% year-on-year growth. Over 45 million apps have been downloaded to date. HES has developed plans to extend the brand’s reach by leveraging both its global fan base and Herschend’s portfolio of media, themed entertainment and experience-based businesses.