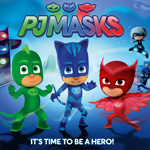 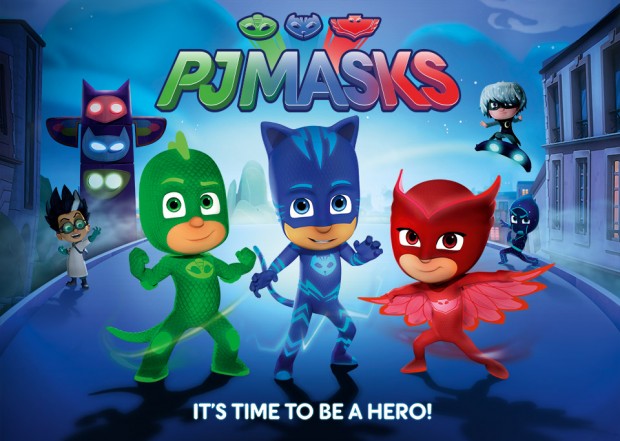 If you spend any time around preschoolers, you’ve likely heard all about the PJ Masks. Catboy! Owlette! Gekko! They transform at night from normal kids into superheroes and head out into a Paris-like city to solve problems, stop villains and learn some lessons along the way.

Debuting in September on Disney Channel and Disney Junior in the U.S., the PJ Masks was a surprise runaway hit that peeved more than few parents upon learning that the show is still too new to have the shelves of merchandise their kids were wishing for. That situation is going to change in a big way next year, as the show rolls out in territories across the world.

“It’s been quite surprising to see how quickly the show has caught on,” says Christian De Vita, director and storyboard artist on the series, which is animated at TeamTO in France.

Based on author Romuald Racioppo’s Les Pyjamasques series of children’s books — a hit in France with 15 titles released since 2008 — the TV rights were scooped up by Entertainment One and Frog Box, which pitched it to Disney and brought in TeamTO to produce the animation.

“We developed the show with the idea of making like a cool superhero show for preschoolers,” says De Vita. “It seems like there is a place for it on TV. I was already working at the studio at the time and was asked to restart it at the time based from the books into something that was more akin to contemporary superhero culture.”

A longtime fan of DC and Marvel comic-book superheroes, De Vita says TeamTO tried to retain the best elements of the book series, but had to make some adjustments for the jump from a painted, 2D illustration approach to CG animation.

“We tried to use (the books’ art style) as a springboard into color schemes and the nocturnal settings of the show, and to slightly age it up,” says De Vita. “The books are very preschool in the look so we tried to age it up and make the superhero characters fit in with the sort of comic book genre that the PJ Masks fall into.”

TeamTO splits work between its studios in Paris and Valence, France. Paris handle designing and building 3D assets, storyboarding, compositing, rendering and final edits, while layouts and animation are done in Valence, where TeamTO recently opened a new facility to house its 200 plus artists.

De Vita says he successfully pitched using 2D effects on the show. “I felt that the visual combination of 3D with hand-drawn effects would marry quite well,” he says. “I wanted to have a slightly different look to the effects. I’d like it to be more comic book-y in a way, so we set up a small 2D effects team specifically to work on PJ Masks here in Paris.”

The writing staff is split between France and Canada for production reasons, with the head writer being London-based Marc Seal, whose credits include Mike the Knight.

While superheroes have become extremely popular in movies and television, De Vita says PJ Masks stands out as one of the few shows in the genre aimed at younger viewers. “So what we do with PJ Masks is whenever the characters have a confrontation with the bad guys is to resolve it in a comedic way or a heart warming way which at least gives a positive message to have within the show,” he says.

With the first season of 52 11-minute episodes almost complete, De Vita says he’s found working on the series satisfying and fun. “Being able to design something that’s so close to my likes in terms of a director and an artist, and proposing to a new audience a whole new world of superheroes — but with a nice heart-warming center to the stories and the characters — that’s a nice, fresh aspect that’s interesting.”