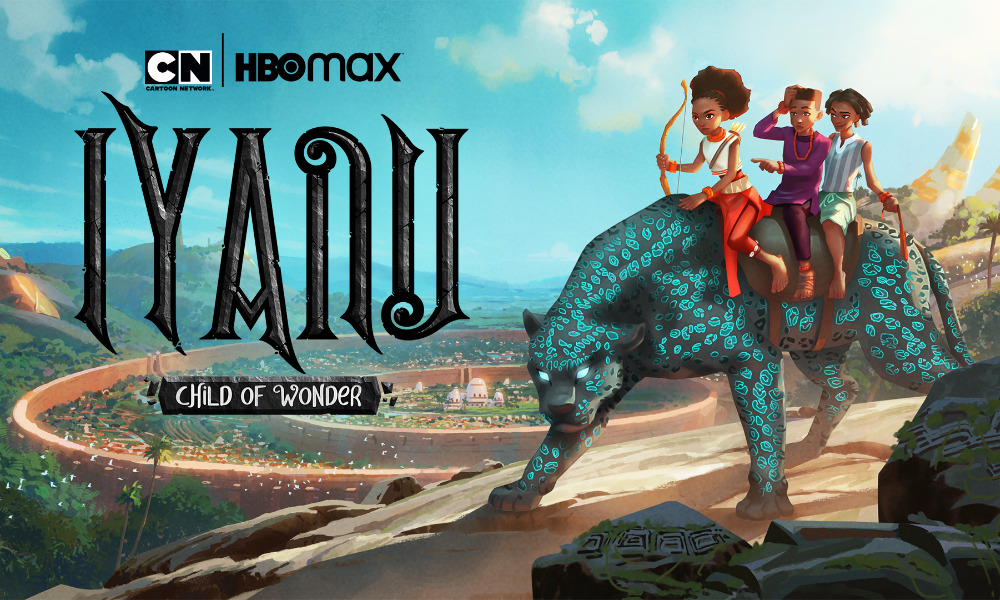 Created by Nigerian filmmaker Roye Okupe, Iyanu: Child of Wonder is an epic superhero tale steeped in Nigeria’s rich culture, music and mythology. The series follows a teenage heroine who must uncover the mystery behind her newfound powers to save her people from an ancient curse threatening to destroy humanity.

“Iyanu: Child of Wonder has it all — vast world-building, authentic characters, a strong African female hero at the center and a first-class team of stellar creators and producers,” said Amy Friedman, Head of Kids & Family Programming, Warner Bros. “While created for kids, the series will resonate with anyone looking for an adventure filled with surprise, magic, lore, and legend. We feel so lucky to be the home of Iyanu and partnering with this team.”

“When I set out to create Iyanu for a global audience, I wanted to develop a world that combined everything I love about the fantasy genre with the majesty and awe that is ancient West Africa,” said Okupe. “On top of that, working with Godwin Akpan, who illustrated the books, as our art director and collaborating with a thoughtful studio like Lion Forge Animation that prioritizes authenticity and diversity, is beyond belief.”

“The authenticity of the Iyanu story means everything to us and aligns perfectly with our mission to create and deliver inclusive content to global audiences. A powerful means of accomplishing and sustaining this is through franchise building, and the depth and layers of the Iyanu world allow us to explore and create a beautiful universe on screen alongside tremendous partners,” said Steward.

“As a former public school teacher in the Bronx and Harlem, I spent many years with Black, Latino and Asian teens and saw what they gravitated toward. They loved anime, manga, and things along those lines, but they all lamented that none of the characters looked like them,” Easton shared. “So when I was hired to adapt Roye’s amazing Iyanu graphic novel, I wanted the story to reflect Roye’s original vision while also injecting a sense of pride and wonder for all children worldwide, but specifically for kids who rarely see themselves reflected in a positive light or at all. Iyanu has also changed the way I see myself as a creator —with the awesome responsibility to tell an unprecedented story to a global audience that showcases the humanity of African children.”

Moore added, “Iyanu will usher in a new genre of animation around the African diaspora, and Lion Forge Animation is super excited to be a part of it. We hope to empower little adventurous girls around the globe with Iyanu’s story.”

Heavily influenced by the history and achievements of the Yoruba people of Nigeria, Iyanu: Child of Wonder is set in the magical kingdom of Yorubaland. The series follows a teenage orphan girl, Iyanu, who spends her days studying Yoruba history and ancient arts but yearns for a normal life. One day, responding to danger, she unknowingly triggers her divine powers, the likes of which have not been seen since the Age of Wonders. With newly discovered superpowers, Iyanu joins forces with two other teenagers as they embark on a remarkable journey to discover the truth about the evil lurking in her homeland. Throughout her adventure, she’ll uncover the truth about her past, her parents and her ultimate destiny to save the world.