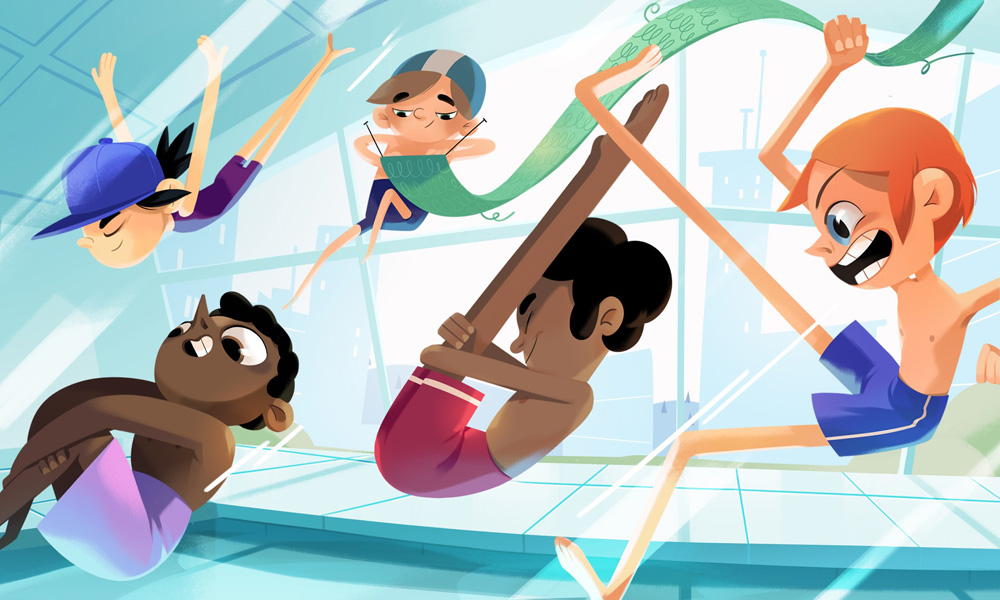 With Cartoon Forum around the corner, Finnish production company Haruworks has struck a distribution deal for its pitch project Worst Best Friends. Zodiak Kids, part of Banijay Group, has come on board to secure co-production partners for the property and will hold worldwide distribution rights to the completed series.

“We’ve been looking to work with Zodiak Kids on a suitable project for several years,” said Haruworks Producer and CEO Nick Dorra. “I’m super happy we ended up partnering on this one. Our creative goals match really well, and now we’re set to conquer the market circuit!”

The deal follows 18 months of heartfelt development work on the 52 x 11’ series, which is based on the kids’ novel by Finnish author Miikka Pörsti. South Africa-based Lucy Heavens (Space Chickens in Space) has written the bible and two sample scripts, and Brink Helsinki has created the fresh visual style. Finnish public broadcaster YLE2 wrote the sponsoring letter to help the project get selected for this year’s Forum.

Benoit di Sabatino, CEO, Zodiak Kids commented, “We are so pleased to be partnering with Nick and Maija on this great comedy show about friendship, it has been love at first sight and an unanimous decision from the team at Zodiak Kids to join forces.”

At Cartoon Forum in Toulouse, Haruworks will be looking for broadcast partners to line up production financing, as well as an animation studio to shoulder the production work.

Haruworks is based in Helsinki and is focused on building international character brands with a Nordic flair. The company embraces a Scandinavian style of storytelling and Nordic design heritage, taking inspiration from the works of Astrid Lindgren and Tove Jansson. Approaching properties with a multi-platform strategy, the team has a deep understanding of apps, games and digital distribution and a commitment to engage audiences wherever they are.