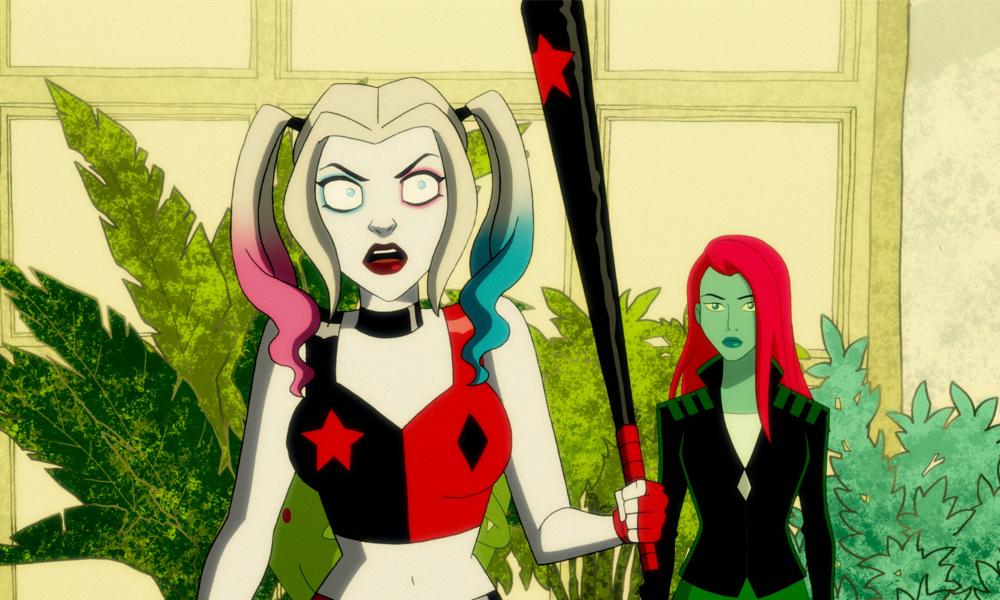 DC Universe and Warner Bros. Animation raucous, ribald adult animation Harley Quinn will be making an impact (with whatever blunt object is available) as the newest member of the SYFY family next month. Season One of the half-hour comedy, starring Kaley Cuoco (The Big Bang Theory), will have an exclusive cable run on the channel every Sunday night, May 3-24.

Synopsis: Breaking up is hard to do – just ask Harley! The DC fan-favorite has finally left her ex-boyfriend, the Joker, and is trying her damndest to join the Legion of Doom with the help – or hindrance – of a whole cast of not-so super villains from all corners of Gotham City.