Pug brothers Bingo and Rolly are always up for adventure, whether in their neighborhood or around the globe. Their motto is: life is more exciting with your best friend by your side! Along for their ride are their colorful animal pals, including Bob’s cat Hissy and his loveable robot dog creation, A.R.F. Each episode features two 11-minute stories that illuminate Bingo and Rolly’s similarities and differences while demonstrating positive lessons about friendship, problem solving, collaboration, creativity and adventure.

The series is produced by Wild Canary (Miles from Tomorrowland, Sheriff Callie’s Wild West) in association with Disney Junior.

Games and activities inspired by Puppy Dog Pals will launch on the Disney Junior app and DisneyJunior.com on Fri., April 7. Branded products from Disney Consumer Products and Interactive Media, such as activity and story books, will arrive in June followed by an apparel and toys launch in August. 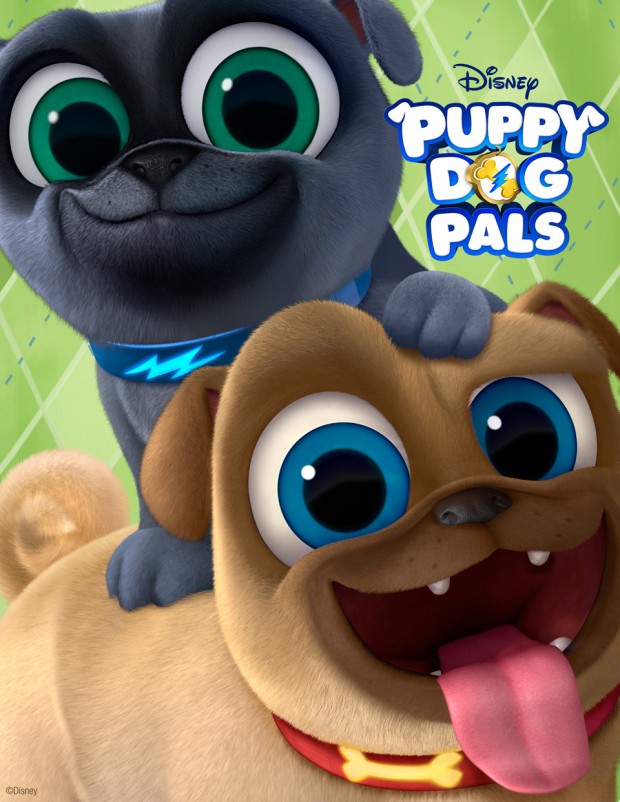