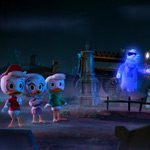 In celebration of the Halloween season, Disney XD will be airing a series of stop-motion promotional shorts which land the stars of its animated programming in the middle of the spooky Haunted Mansion ride at Disneyland.

The represented characters of the three promotionals come from Big Hero 6: The Series, the recent DuckTales reboot, and Star vs. The Forces of Evil. A collaboration between Walt Disney Imagineering, Stoopid Buddy Stoodios and Disney XD, the utterly charming and gorgeous shorts play around with depicting the results of conflicting universes. Baymax, for example, isn’t particularly phased as a robot with no emotions, while Star and Marco just see it as another extra-fantastical occurrence in their lives and promptly try to move on from the spooks.

Disneyland enthusiasts will also be delighted to find plenty of characters and items from the Haunted Mansion featured here, which Disney lists as follows:

The promos will begin airing on Disney XD Saturday, October 7th, but you can watch them on Disney XD’s official YouTube channel right now. 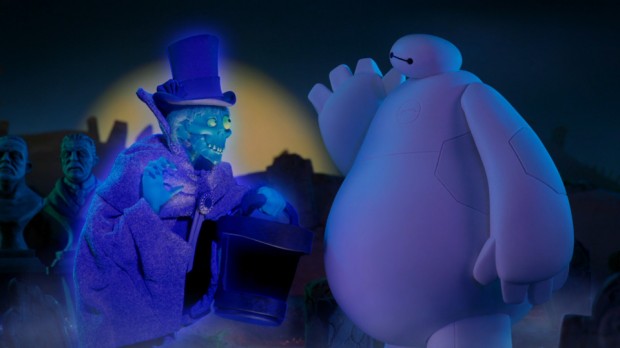 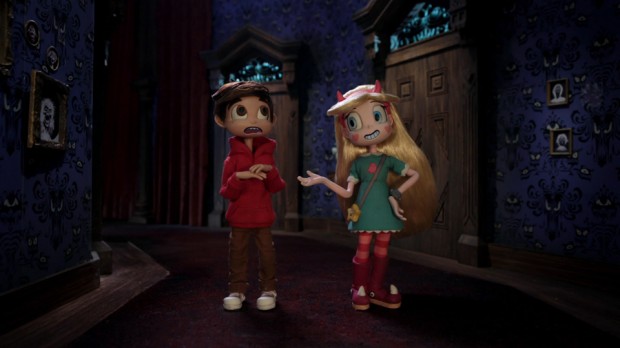 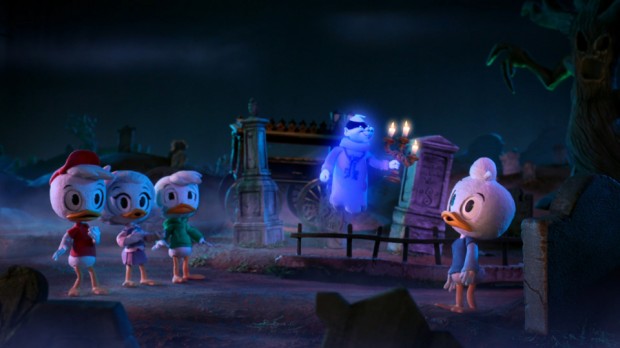