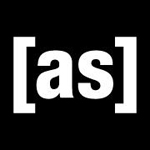 If your entertainment tastes run to the more “mature” side of things, but you still want to get into the Halloween spirit this month, Adult Swim is offering special goodies including Tim & Eric’s Bedtime Stories: Haunted House starring Zach Galifianakis, Metalocalypse: The Doomstar Requiem A Klok Opera and the network pilot Filthy Sexy Teen$.

The animated cherry on top is definitely Doomstar Requiem, which airs Sunday, Oct. 27 at 12 a.m. ET/PT. The special from Metalocalypse series creator Brendan Small picks up after the abduction of Dethklok guitarist Toki in the season 4 finale. With his life in danger, Toki’s only hope is the four most selfish human celebrities on Earth: his band-mates. Will the rest of Dethklok’s brutal egoists step up to the challenge? Find out in this one-hour heavy metal rock opera, with a completely original score from Small and Emmy-winning composer Bear McCreary.

Created, exec produced and written by Paul Scheer (The League, Human Giant) and fellow EPs/writers Jonathan Stern (Childrens Hospital) and Curtis Gwinn (The Walking Dead), Filthy Sexy Teen$ blends greed, sex and homicide takes place at a high school for the wealthy where an anonymous vlogger is threatening to out one of the students’ darkest secrets at the homecoming party; meanwhile, Whitney and Reagan vie for the attentions of adopted homeless teen Nick, a recent enrollee. (Oct. 10 at 12:15 a.m.)

Finally, Haunted House revisits an old timey trope as Tim, Eric and Zach learn that their grandfather has bequeathed them money in his will, with one catch: They must spend the rest of their lives in his haunted mansion. The special is written, directed and stars Tim Heidecker and Eric Wareheim with Zach Galifianakis. (Oct. 31 at 12 a.m.)