Gutsy Animations, the Finnish production company behind the upcoming Moominvalley, the latest adaptation of the classic Moomins franchise, has appointed Anima Vitae as the animation studio behind the series’ first two series of 13 episodes each. Anima, based in Helsinki and Kuala Lumpur, has previously made a number of feature films including Niko & the Way to the Stars, released as The Flight Before Christmas in the United States.

Gutsy Animations’ decision caps a rigorous 10-way pitch process in which prospective animation partners were invited to share their visions to update the Moomin property. The three finalists were then tasked with creating a short test animation to assess their ability. Each was given the character biography of Moomintroll and asked to animate him executing many standard movements, such as walking, in a way that communicated his personality.

“Anima Vitae’s enthusiasm for and understanding of the Moomins was apparent from our first meeting. Being based in Helsinki, many of their team had grown up in Finland and been immersed in the magical world Tove Jansson created from an early age. They clearly understood the importance of reflecting the sophistication and contrasts within Tov’s original storytelling; the light and shade, the sunshine and the shadows, the passing seasons. Their animation test exceeded our expectations by far and displayed a sensitive understanding of Moomintroll’s character – as well as being extremely funny!”

The Moominvalley team will include Creative Director/Executive Producer Marika Makaroff, Oscar-winning director Steve Box (Wallace & Gromit: The Curse of the Were-Rabbit) and writing team Mark Huckerby and Nick Ostler (Peter Rabbit, Don’t Knock Twice). Animation will be developed in association with YLE Drama and Moomin Characters, the business set up by the original Moomins creator Tove Jansson with her brother Lars, currently run by her niece Sophia. 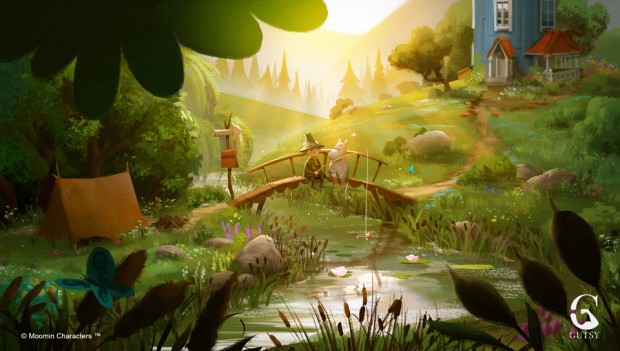