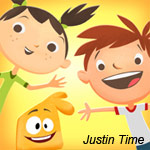 Three new apps that bring the Justin Time characters to life through creative interactive play have been designed for the iPhone and iPad. The new Squidgy app is already available on the App Store. Children can play with this digital doll version of Squidgy – squashing, stretching and bouncing the cute squishy character from the show. Olive’s new app celebrates friendship with a feature that lets children take photos of themselves with their favorite Justin Time characters in different outfits and poses. And, Justin’s new app will bring all the adventure and freewheeling imagination of the TV series, originally commissioned by Family Channel, to children’s fingertips.

Guru has also introduced a suite of games to the web that reflect the strong design and quality of the Justin Time television series. The first new games, launched on the French-language www.DisneyJunior.ca last week, are already helping to build an audience of loyal Justin Time fans. More games will be added in the coming months. The games for the English-language website will roll out next year.

Justin Time has also been selected to be a featured property at MIP Junior’s Licensing Challenge, which takes place in Cannes in October. “We look forward to opening up an entire world of opportunities for game play and merchandising for the incredible Justin Time brand and are proud to have been chosen to be a part of this important forum at MIP Junior,” says Mary Bredin, VP of development & acquisitions at Guru Studio. 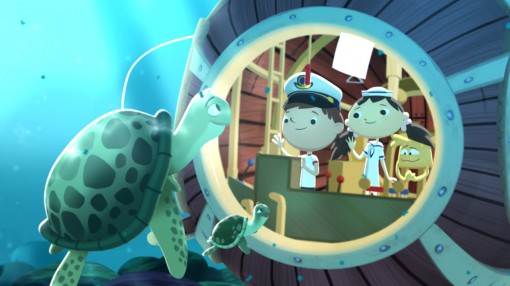 Justin Time is now in production on a second season set for delivery in fall 2012. With exciting new adventures that take Justin and his imaginary friend Squidgy on adventures from ancient Babylon to the skyscrapers of New York City and beyond, the new season brings the CGI animated children’s series up to 52 x 11 min. episodes.

Justin Time is created and developed by Brandon Scott, Frank Falcone and Mary Bredin and produced by Guru Studio (The Backyardigans, Guess with Jess, The New Adventures of Badou).  Harold Harris (Clone High) is directing the series.