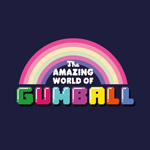 Cartoon Network’s acclaimed animated media series The Amazing World of Gumball will begins its second season on the air on August 14 at 7 p.m. The mixed-media show which won a BAFTA this year centers on a young boy (a blue cat with a giant head) and his best buddy Darwin (a pet goldfish which sprouts legs) ranked #1 in its time period with boys 2-11, 6-11 & 9-14, according to Nielsen Media Research.

The Amazing World of Gumball tells the story of an extra-ordinary suburban family who just happen to live in an ordinary town. Along with Gumball and Darwin there’s Dad, a 6’4” pink rabbit who stays at home while Mom works in the rainbow factory and Anais, a 4-year-old genius bunny. Gumball faces the trials and tribulations of any 12-year-old; like being chased by a rampaging T-Rex, having a robot steal his identity or dressing as a cheerleader to impress the girl of his dreams.

Created by Ben Bocquelet, The Amazing World of Gumball was the first full-length animated series out of Cartoon Network Studio Europe. It combines 2D and 3D animation in a live-action setting and has garnered BAFTA, Annecy and ASIFA Hollywood Annie awards. The series follows the misadventures of 12-year-old Gumball and his family in the wonderful little town of Elmore. Featuring a colorful and diverse cast of characters, Gumball’s school friends include the aforementioned T-Rex, a cheerleading peanut and a banana. 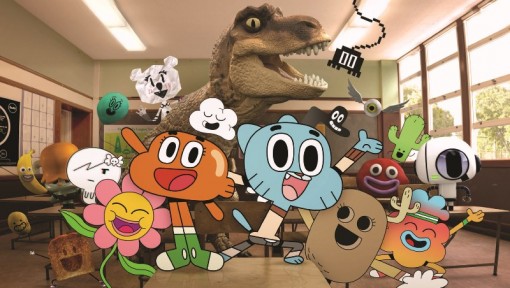 This season will bring to light to some tough questions such as; will Gumball ever win the affections of Penny? How will Darwin react when Banana Joe chews up his pen? And what happens when Gumball and Darwin get their first cell phone?

The Amazing World of Gumball “The DVD” DVD is packed with 12 episodes from series’ first season—including the titular episode “The DVD”—and a character gallery special feature, the compilation DVD will be available on August 28, 2012.