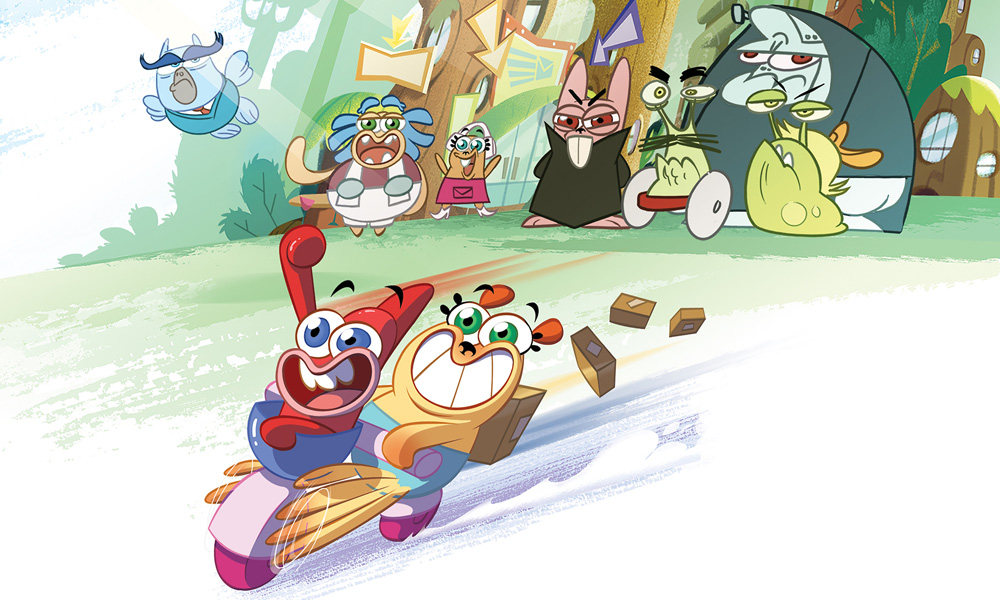 The 52 x 11’ 2D-animated series for kids 6–11, created by Gaumont’s Thomas Digard and Manu Klotz, is a buddy comedy between two very different but lovable friends: Max, the first and only prototype for a bionic guinea pig born in a laboratory, and his best friend Jean-Claude, a goldfish, and their adventures as express delivery boys in the middle of Central Park.

“We have been developing Bionic Max with Gulli for several months now, and are incredibly excited that we can move forward with the production of this series that is full of high-energy and slapstick fun,” commented Atlan. “The world created by Thomas Digard and Manu Klotz comes to vivid and animated life before our very eyes with these characters! Max and Jean-Claude consistently end up in absurd and hysterical situations, and kids everywhere will escape into the chaotic madness, laugh out loud, and do what kids should do – have fun! We are finalizing new partners now and hope to start production at the end of 2018 or early 2019.”

“We are delighted to work with Gaumont’s animation team to develop this new hilarious cartoon: Bionic Max,” added Cochaux. “This type of cartoon succeeds brilliantly on Gulli, all the family enjoys it! Bionic Max glorifies values such as freedom, solidarity, and enthusiasm through the clumsy adventures of JC and his friend Max… a bionic guinea pig. We can’t wait for our viewers to discover this new show, that will become for sure a cartoon reference.”

Gaumont’s current slate includes an Amazon Original lyrical series for preschoolers, Do, Re & Mi (52 x 11’) from Kristen Bell and Jackie Tohn; Usagi Yojimbo, based on the classic comics by Stan Sakai; and animated epic The Star Shards Chronicles, based on the YA novels by Neal Shusterman.