Cartoon Network has unveiled its special Thanksgiving programming for November and it includes new Regular Show and Annoying Orange specials, the debut of the third LEGO Star Wars: The Yoda Chronicles specials “Attack of the Jedi” and a fantastic Adventure Time marathon planned for Thanksgiving Day. Here are the sweet details:

Wednesday, November 20 at 8:00 p.m.
Annoying Orange: “Thanksfornothing Day” – The fruits feel they have nothing to be thankful for after the calamity that happened years ago at Plymouth Wok! 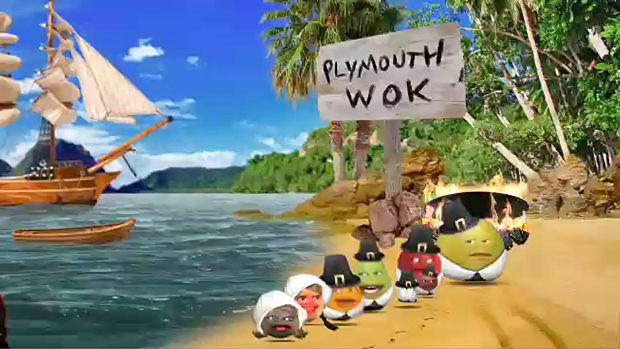 Monday, November 25 at 7:30 p.m.
Regular Show: “The Thanksgiving Special” – The park guys need to get Thanksgiving dinner for their families to save Thanksgiving. *Guest Starring: Terry Crews as Stettman and Chord Overstreet as Dust B* 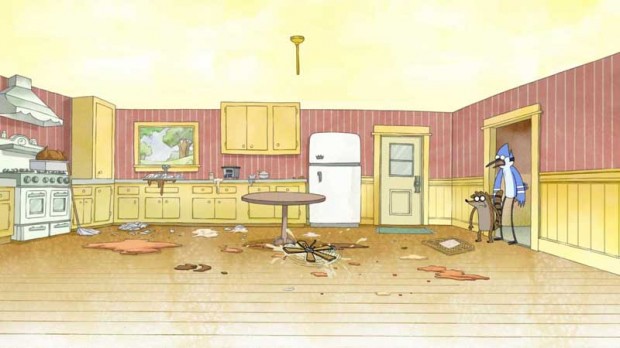 This holiday season, Ben Tennyson faces his evil twin, Albedo, in “Duel of the Duplicates” a three-episode event beginning Saturday, November 16 at 9:30 a.m. and continues on Nov. 23 and 30th. Albedo is scheming to take over the galaxy, and it’s up to Ben, Rook and Grandpa Max to stop him! Tune-in to see what diabolical plans Albedo has in store for the Plumbers, and see Ben’s aliens take their Ultimate forms for the first time in Omniverse history!

Wednesday, November 27 beginning at 7 p.m. and Premiere of “Attack of the Jedi” at 8 p.m.
Tune in to LEGO Star Wars: The Yoda Chronicles specials 1 and 2 all leading up to the premiere of the third special, “Attack of the Jedi.” Set in the prequel Star Wars era, The Yoda Chronicles features the one and only Yoda, the Jedi Master who has seen it all, done it all and taught generations of Jedi Knights. With help from a fresh class of Padawans, Yoda leads the Jedi in a desperate fight to stop Darth Sidious and his minions from creating a new super-weapon that could crush the Republic and win the war for the forces of evil.

LEGO Star Wars The Yoda Chronicles: “Attack of the Jedi” – Obi-Wan discovers that several major Sith lords and their apprentices are gathered at the planet of Mustafar. The Jedi must hurry to Mustafar to destroy the Sith but it’s a trap and the Republic fleet is destroyed. Yoda, Anakin and the Padawans travel to Endor to find JEK. All hope now rests on JEK to come to the rescue. 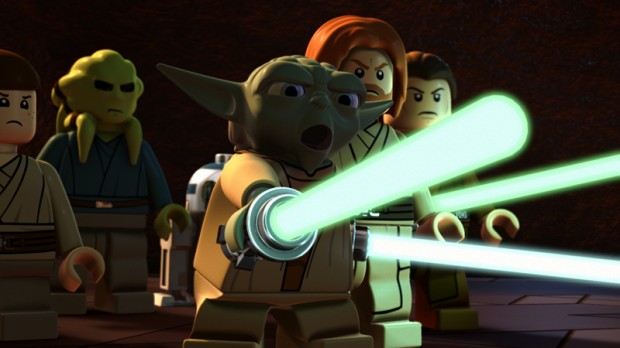 LEGO Star Wars The Yoda Chronicles “Attack of the Jedi”

Thanksgiving Day, Thursday, November 28, 2 p.m. to. 8:30 p.m.
Adventure Time – Tune in to enjoy some of the best-loved episodes of Pendleton Ward’s wonderful show all day.