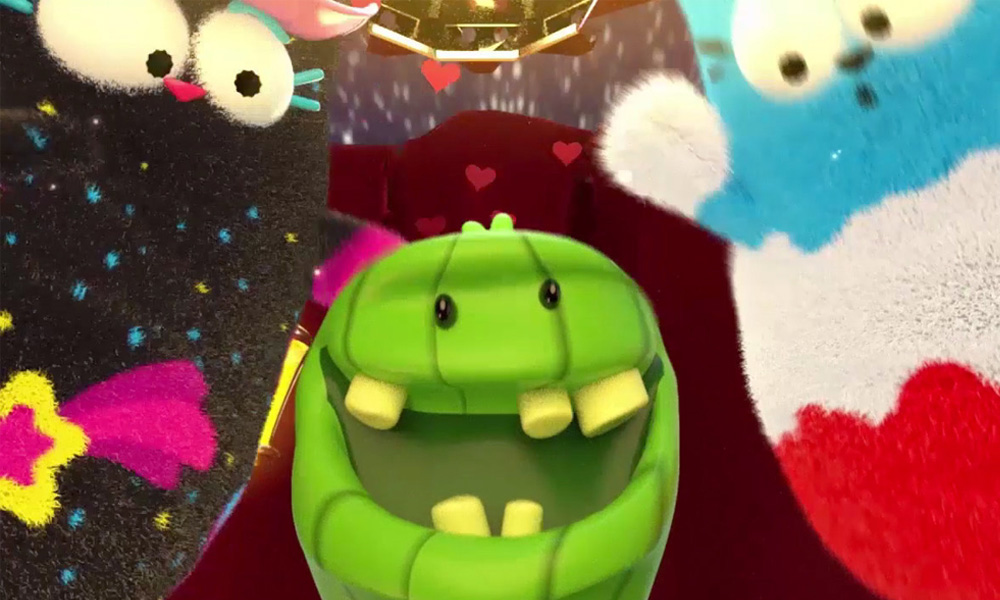 Grom Social Enterprises, Inc. which recently entered into an agreement to acquire Curiosity Ink Media – a producer of original multiplatform family entertainment – today announced that Curiosity has entered into a creative partnership with Cepia LLC to fortify 2021’s biggest cat-tastic collectible craze, Cats vs. Pickles, into an original series, along with ancillary publishing extensions.

In the silly and colorful world of Cats vs. Pickles, Cats are afraid of Pickles, but Pickles are misunderstood – they just want to be friends. The Cats vs. Pickles brand has established tremendous appeal among global fans with collectible bean-filled toys, wildly popular YouTube animated shorts, and a hyper-casual app game. The announcement was made jointly by Cepia LLC Founder and Chief Executive Officer James Russell Hornsby and Russell Hicks, Curiosity Ink Media’s Chief Content Officer.

The partnership represents both companies’ foray into the lucrative and highly profitable worlds of content distribution and publishing – offering new revenue streams for both – unlocking the potential for attendant ancillary businesses including international marketing, licensing and additional consumer products.

The alliance will develop Cats vs. Pickles into a recurring series in 11-minute installments, as well as create revenue-generating extensions beginning with published content for consumer purchase. Cats vs. Pickles has no dialogue, and therefore no language or cultural barriers, and its potential for immediate global distribution makes it a unique and compelling programming asset. Simultaneously, Curiosity and Cepia will collaborate to produce a collection of picture, board and activity books expected to hit shelves in 2022.

The alliance will tap into the growing popularity of Cats vs. Pickles, the hit toy property and animated shorts that premiered on YouTube and chronicle the love-hate relationship between cats and pickles. The show’s premise is simple: cats hate pickles (true fact) and pickles just want to be loved (research has not yet proven definitively) but the humorous conflict demonstrates that it’s silly to be afraid of something just because it may be different.

In the tradition of the classic Tom & Jerry cartoons, Cats vs. Pickles employs clever visual storytelling without the use of dialogue. Misunderstood, the dim- witted pickles – Joe Pickle, Hank Pickle and Fitzgherkin to name a few – plot complex but doomed-to-fail schemes to get close to cats while in hopeless pursuit of friendship. The colorful cast of cats -including Paw-Purr-Oni, Water-meow-lon and Galacticat – are too self- absorbed to realize the pickle pursuit until it’s too late and react to the pickles with frightening alarm. The result is a hilarious feline-vegetable clash.

“Cats vs. Pickles has the elements of a franchise hit including a simple premise: loveable characters, endless storytelling possibilities and brand extension opportunities,” explained Curiosity’s Hicks. “Curiosity Ink Media is very excited to partner with the brilliant minds from Cepia to elevate this online sensation from cult hit to global powerhouse at a time when the world could definitely use a laugh, a smile and a message about acceptance.”

Cepia’s Hornsby added, “At its core, Cats vs. Pickles is a love story that everyone can relate to because, at some point, we’ve all been pickles ourselves. We are thrilled to team up with the exceptional storytellers at Curiosity Ink, whose rich biographies in entertainment include cultivating powerhouse franchises like SpongeBob and Dora the Explorer to expand Cats vs. Pickles into its next nine lives!”