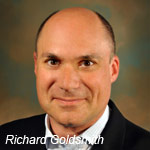 The Jim Henson Company has appointed Richard Goldsmith as exec VP of Global Distribution. Goldsmith will lead global sales at MIP Junior and MIPCOM for the company’s titles across all platforms, and reports to Henson president and COO Peter Schube.

At MIPCOM, Goldsmith and his team will focus on Henson’s new 26 half-hour episode (52 x 11’) pre-school series Pajanimals, a co-production with 24-hour TV channel Sprout and Northern Ireland’s Sixteen South. All new episodes of the series, which will debut in the U.S. in October exclusively on Sprout, will be previewed for the first time at the market in France.

“With our expanding production and development slate and the explosion of available distribution platforms around the world, it became increasingly apparent that we needed to bring onboard an executive of Richard’s caliber to maximize distribution opportunities on a global scale,” says Schube.  “Richard’s expertise in the global market with both traditional and new outlets will be extremely valuable as we continue to reach international audiences with classic and contemporary programming from our company.” 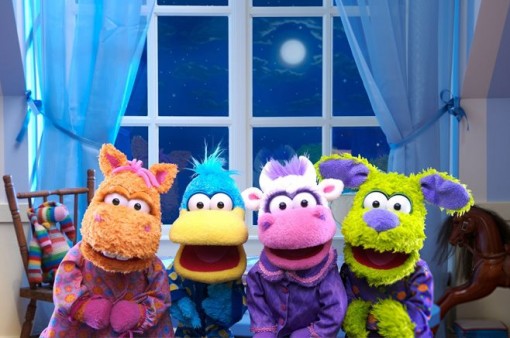 “I am thrilled to work with Lisa Henson, Peter Schube and the rest of the Jim Henson team to continue to build The Jim Henson Company’s global presence,” comments Goldsmith.  “The Company has built a robust and diverse library of new and established properties, and there is tremendous opportunity worldwide to exploit these properties across multiple platforms.”

Goldsmith joins The Jim Henson Company from Warner Bros. Entertainment where he most recently served as exec advisor for strategic distribution initiatives for both the digital distribution and consumer divisions. He also oversaw distribution for Warner Bros. Animation’s current television series (including Batman, Looney Tunes and Scooby-Doo!) in major international markets.  Prior to that was senior VP of new initiatives and ACME Lab, where he led global business development initiatives. He also produced Warner Bros.’ live-action feature Jack Frost as president and co-owner of Hollywood Ventures.

Here’s a musical clip from Pajanamals: