Paris-based studio and distributor Go-N Productions announces further key deals for season one of its animated comedy series Zip Zip in Europe. Signing on are RTVE for Clan — the number one kids channel in Spain — and AMC Networks Central Europe for MegaMax, which will broadcast Zip Zip in Hungary, Czech Republic, Slovakia, Romania and Moldova.

Zip Zip (52 x 13) is a digital 2D series aimed at kids 6-10 which follows a trio of wild animals — Washington the fox, Sam the wild boar and his little sister Eugenie — who crave the comforts of the suburbs and decide to zip into costumes to disguise themselves as housepets. 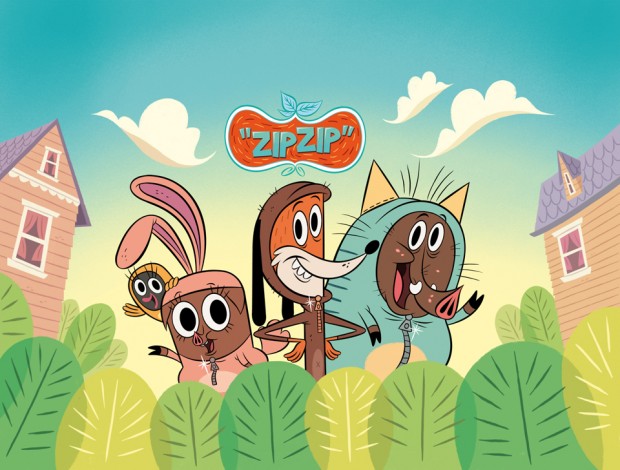