Paris-based producer and distributor GO-N Productions continues to grow its global presence, having just announced its first partnership in China. The agreement between GO-N International and leading local animation distributor Jetsen Huashi Wangju Kids covers new media rights to Simon and Zip Zip, which will debut in China this spring.

“GO-N keeps expanding its presence worldwide and this deal marks the first time that GO-N Productions’ animated properties will be available in the Chinese market. We are very pleased to have entered in an agreement that will see our key properties distributed by such a renowned partner as Jetsen Huashi Wangju Kids,” said Marie Congé, Head of Sales and Business development at GO-N International.

Simon (52 x 5 min. HD) is a preschool series produced by GO-N with France Televisions, based on the best-selling book series by Stephanie Blake which have been published in over 20 countries (including China). The show follows an adorable young rabbit who is at that particular age where he is starting to come into his own — challenging his parents, starting school, learning about the world and honing his language skills.

Zip Zip (52 x 13 min. HD) is a comedy series aimed at kids 6-10 years old, produced by GO-N with Super RTL (Germany), France Televisions and Disney Channel (France). Already airing in more than 100 countries, the show features an ensemble cast of wild animals who have disguised themselves as domestic pets. Zipped up in their costumes, they’re ready to enjoy a life of luxury with an unsuspecting suburban family — although maintaining the quiet life they crave is not as easy as they imagined. 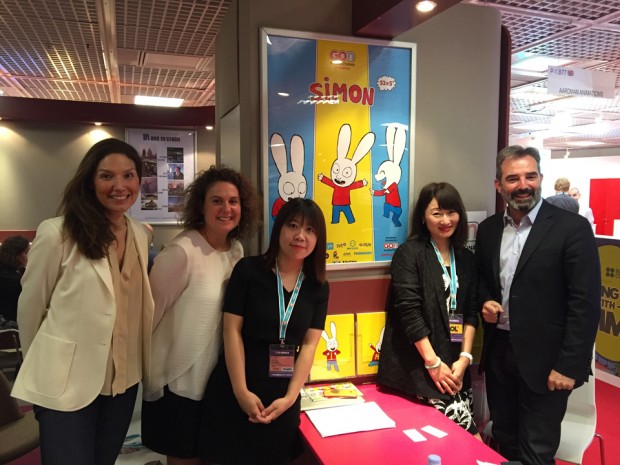