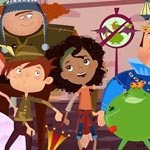 “Latin America is a special territory for us for many reasons, and we believe that our productions, with our similar culture to other Latin countries, can make a big impact on children’s programming in Spanish-language television,” said Paula Taborda dos Guaranys, director of content & programming for Gloob and Gloobinho channels.

S.O.S. Fairy Manu follows the adventures of a young girl who is chosen to be an apprentice fairy. Manu moves with her father to the Enchanted Kingdom to begin training with her grandmother — a retired fairy godmother.

Time Rock is the story of a group of friends who form a different sort of garage band: they only play videogame instruments! When a strange accident turns their videogame into a time machine, it opens the doors to incredible adventures to any time or place in history.

S.O.S. Fairy Manu and Time to Rock began airing May 21 on TV Ciudad; the 52 total episodes (26 per series) are airing in Spanish. Federico Dalmaud, public channel director for the municipality of Montevideo, say that this acquisition from Gloob is important because it will help establish their children’s block “Paseo Animado” with productions of high technical quality and exceptional writing for the youngest viewers.

Dalmaud added, “It is an honor that a brand like Gloob, belonging to Grupo Globo, has turned to a public channel in Uruguay for its launch into the Latin market.” 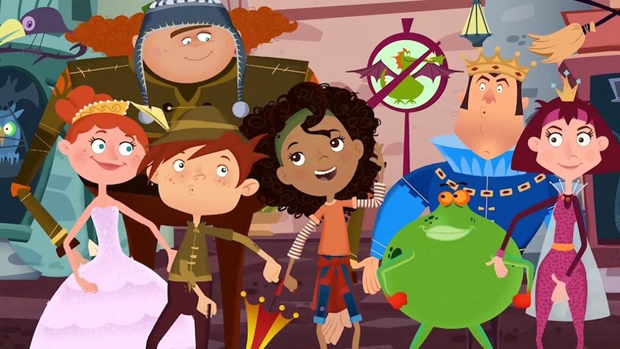