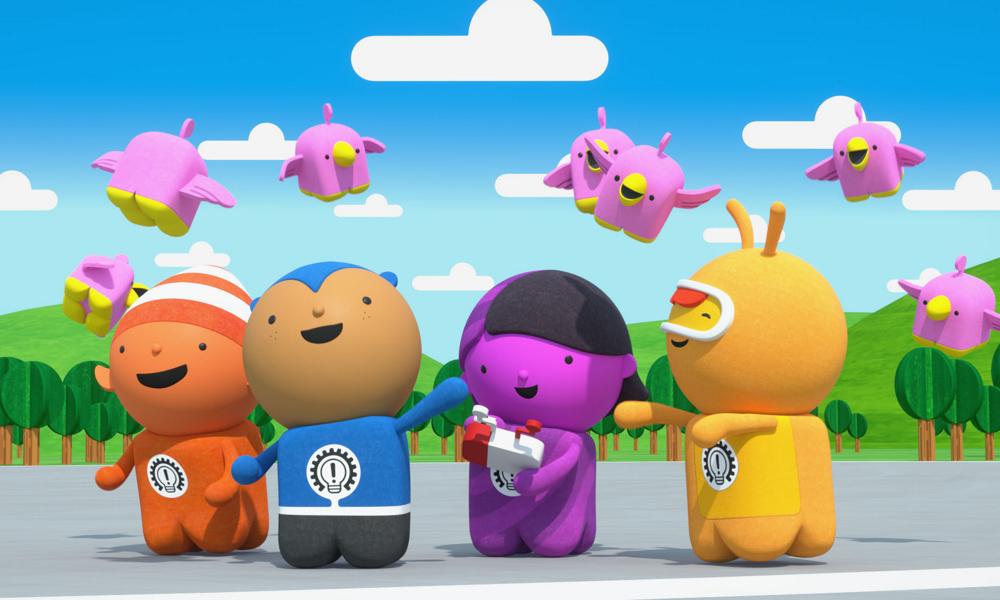 Combining themes of construction and unconventional problem-solving, the main character, Tinpo, and his team resolve problems in their unique world in ways that are never the most practical but always the most fun, innovative and marvelously unexpected. And just as importantly “team Tinpo” always gets the job done. Whether the characters turn a house upside down to put a dance floor on the ceiling, or reroute storm clouds to preserve a sunny holiday, Tinpo and his compatriots always come up with a solution that solves the problem at hand and brings lots of new fun into their world while doing so. 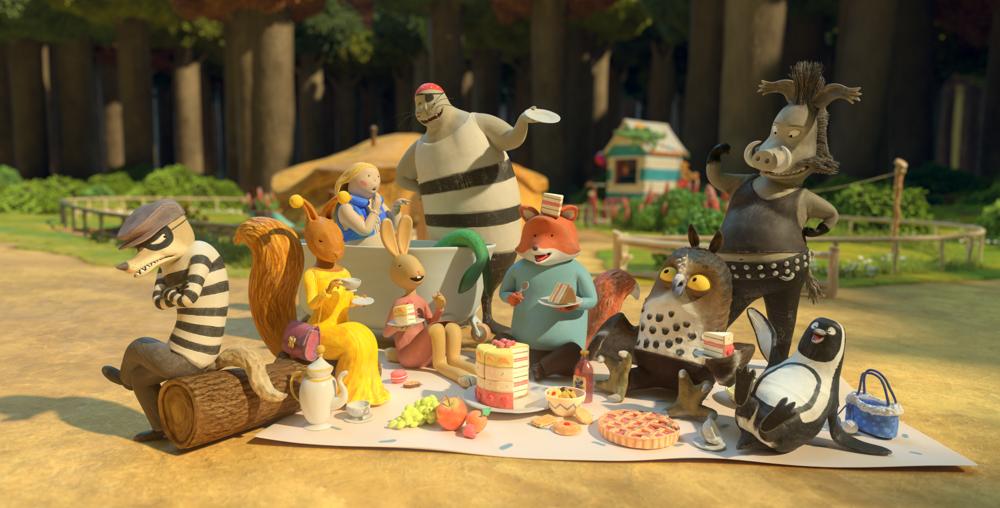 Follow the bright and cheerful adventures of the most unexpected forest friends imaginable: Fox has a taste for the finer things in life, while his best pal Hare is rather more responsible and gentle. They come up against problems of all shapes and sizes, along with the rest of the animals in the neighborhood. There’s a sweet, innocent Owl, headstrong Tusk, Ping Wing the penguin and many more. With a little hard work, a lot of imagination, and the closest of friendships, they’re sure to get there in the end!

Aimed at children aged 4-7 and adapted from the eponymous book series by Sylvia Vanden Heede and Thé Tjong Khing, published in over 10 countries by Lannoo Publishers, Fox & Hare is directed by Mascha Halberstad and Tom van Gestel, and produced by Submarine in the Netherlands, Walking the Dog in Belgium and Doghouse Films in Luxembourg. 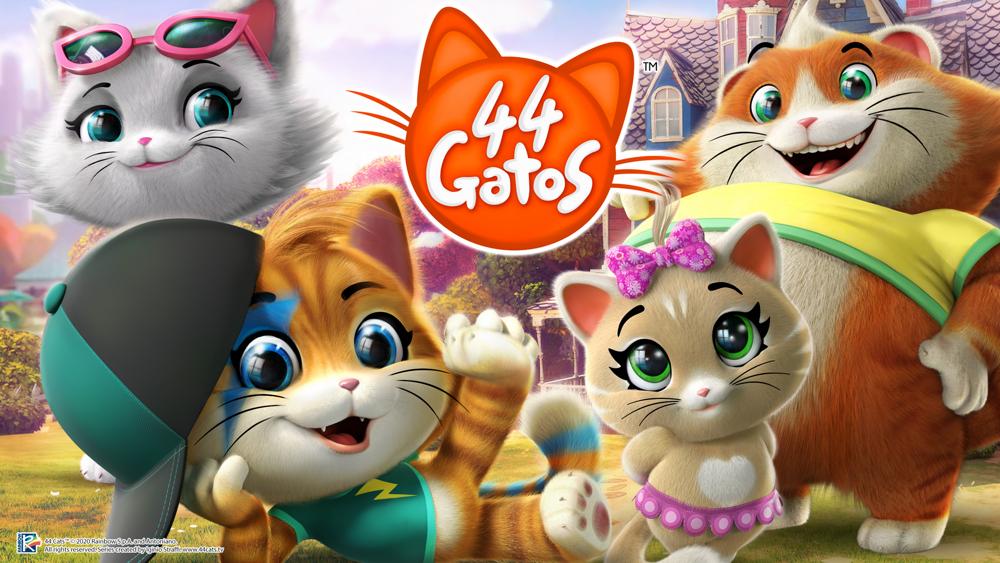 Italian entertainment specialist Rainbow and Spain’s top kids channel Clan (RTVE) reached a pawesome deal to bring the animated hit 44 Cats to Spanish screens, launching May 18. The first season has established record ratings since its debut in November 2018, and it’s proving a sensational success, airing in over 100 countries and in more than 20 languages. Major networks have seen great results — most recently, Carousel Russia, where 44 Cats is the No. 1 show in the country for ratings and share, currently reaching an impressive daily average of over 2M viewers; and China’s CCTV 14, which launched the show early in February with top ratings.

Produced by Rainbow in collaboration with Antoniano and Rai Ragazzi, the series is conquering on all media platforms: a growing hit for ratings and web interactions, and spreading worldwide in the licensing sector with more than 100 partners of international prestige in many consumer product categories, with both national and multi-territorial deals. Already on air on the major pay and free to air TV networks in the world and on leading digital platforms, 44 Cats is performing incredibly and turning into a true web phenomenon and a success on YouTube, where the official channels have surpassed 400 million views in less than a year and a half. 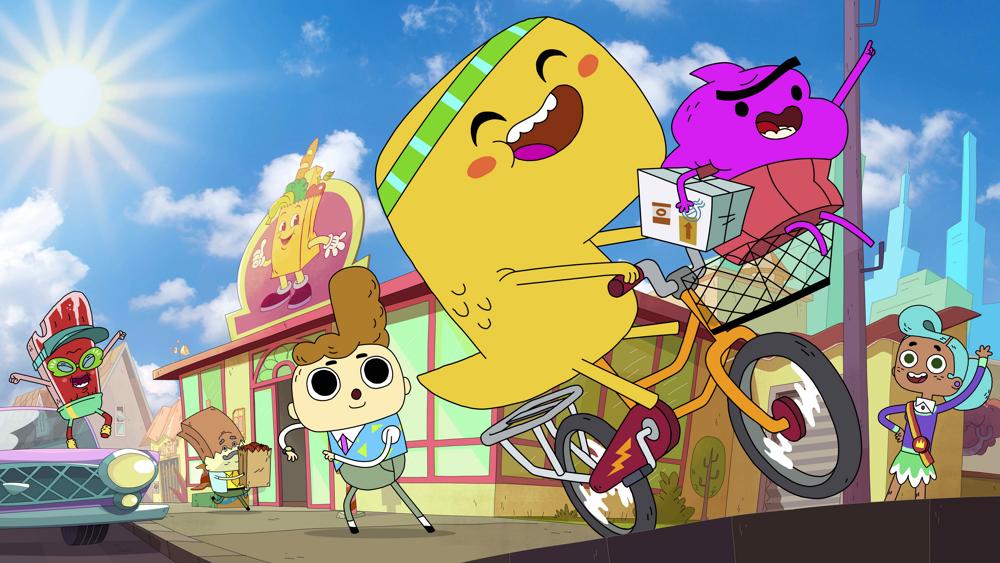 Entertainment One (eOne) announced that WarnerMedia Entertainment Networks channels Cartoon Network and Boomerang have acquired the exclusive pay-TV broadcast rights to season 1 (52 x 11’) of the animated children’s comedy series Cupcake & Dino: General Services in Australia and New Zealand. Episodes are due to begin airing from July 2020. Seasons 1 and 2 are currently available on Netflix globally, Pop in the U.K., Dea Kids in Italy, Canada’s Teletoon, Bravokids in Korea and Disney channels in Latin America and South East Asia.

Created by Brazilian director Pedro Eboli, Cupcake & Dino: General Services is a co-production between eOne and Brazil’s award-winning animation house Birdo Studios. The series follows the hilarious exploits of a tiny Cupcake with big ideas and his giant spunky brother Dino as they strive to make a name for themselves in the super competitive General Services industry. Aimed at boys and girls aged 6 – 11 years (also ticking that “kidult” box), this is a laugh-out-loud cartoon sitcom about two larger-than-life bros.

Pocket Aces, India’s leading digital entertainment company marks its foray into animation with the launch of Jambo — a desi-animation channel for young adults. Dispelling the myth that animation is meant only for children, Jambo has already built a library of snackable animated videos which resonates with young adult audiences in the Hindi-belt across Uttar Pradesh, Rajasthan, Bihar, Jharkhand, Uttarakhand & Madhya Pradesh. The channel has just released India’s first desi-animation comedy web-series, Namooney on YouTube on May 16. Jambo content is available across Instagram, Facebook, YouTube and TikTok, and plans to produce four webtoons in 2020.

Set in the fictional town of Bhandipur, Namooney showcases the relationship between two distinct personalities, Suresh (Sesh) and Neeraj, who happen to be hostel roommates at an engineering college, IIIT Bhandipur. While Sesh is a lazy yet intelligent individual, Neeraj is a steadfast goody-two-shoes. They share the hostel room with a talking lizard, Ankit, who considers the room to be his family estate and is amused by Neeraj’s by-the-book approach to life — often provoking Sesh to tease him. The series follows Neeraj as he comes to terms with living by himself for the first time while navigating the ups and downs of college life, under the (mis)guidance of Sesh and Ankit.