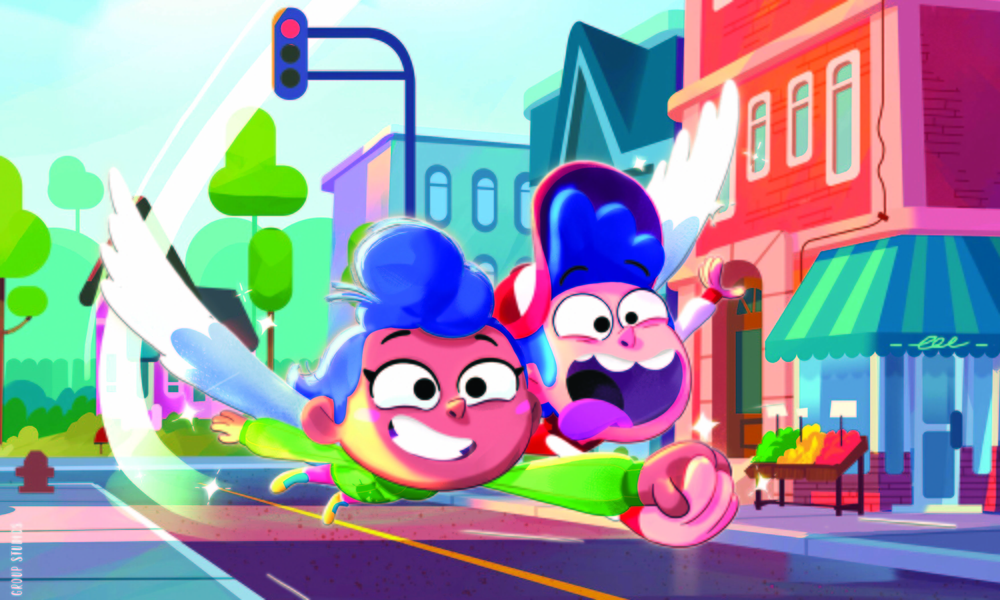 Cyber Group Studios has secured a raft of international deals with leading international broadcasters and platforms. “In these challenging times, we are proud to be working even more closely with our partners around the world. The team has committed to make sure that our programs would get the proper exposure in spite of the absence of physical markets. In this perspective, we are very proud to have launched our first Online Cyber Meetings and Screening with great success!” said Raphaëlle Mathieu, Senior Vice-President Sales, Acquisitions and New Media. 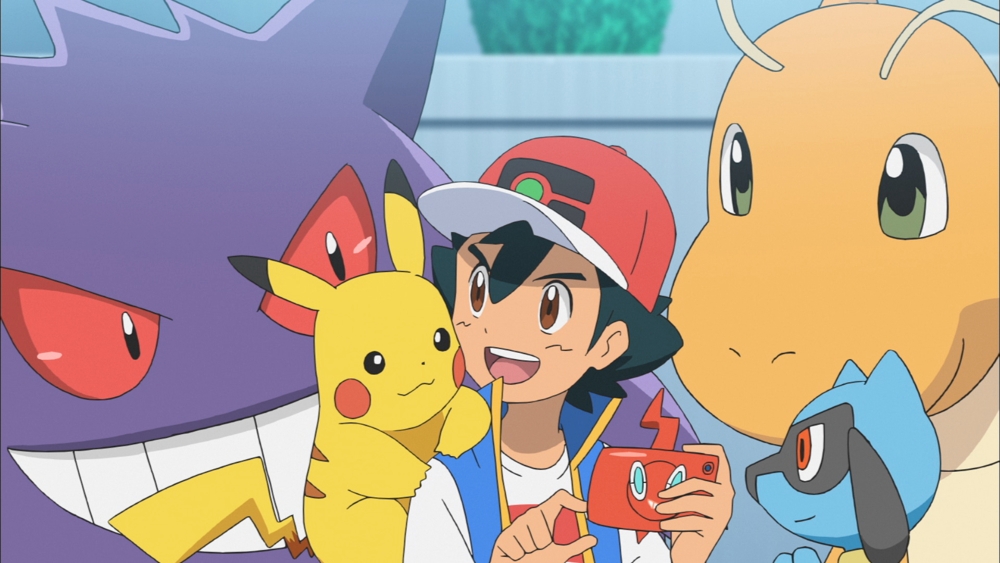 The Pokémon Company International announced updates in platform availability for Pokémon: Mewtwo Strikes Back—Evolution in select global markets, and it also launched the next 12 episodes of the animated Pokémon Journeys: The Series on Netflix in the U.S.

In the next 12 episodes of Pokémon Journeys: The Series, available on Netflix U.S. now, Pokémon fans can continue to watch Ash, Pikachu, Goh and friends in their adventures across multiple regions in the Pokémon world. (Trailer)

Pokémon: Mewtwo Strikes Back—Evolution introduces a new CGI style to animated Pokémon movies and is inspired by one of the most popular stories in the long-running franchise. Fans can check the iTunes, Google Play and Amazon Prime Video platforms for regional availability and pricing details. 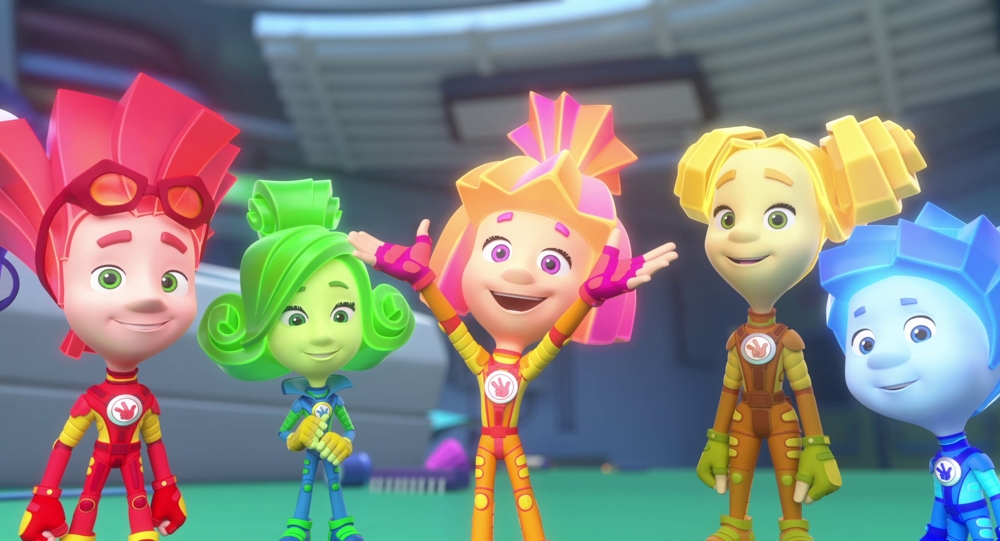 PTS has signed a deal with Riki Group to acquire the distribution rights for The Fixies for Taiwan. The agreement secured by the series’s sales agent Play Big was announced within Asia TV Forum where Riki participates annually to expand its activities in Asia by presenting its projects to local consumers. PTS is operated by the Public Television Service Foundation, which is a nonprofit, as an independent public service broadcaster. The series will be broadcasted on the nationwide channel PTS, as well as PTS 3 and PTS Taigi. PTS has taken exclusive Free TV rights.

The popular kids’ edutainment CG animated series, which is owned and managed by Riki Group and produced by Aeroplane Production Studio, is now working on a new season. Previous seasons have been picked up in over 160 countries and have totaled over 25 billion views on VOD platforms worldwide. Tencent Video who had great success with The Fixies brand now invests in the production of the new season. The series will be released simultaneously in Russia and China. In addition, Tencent commissioned Hebei TV to create a new TV sci-fi game show for kids: Fixie Lab. 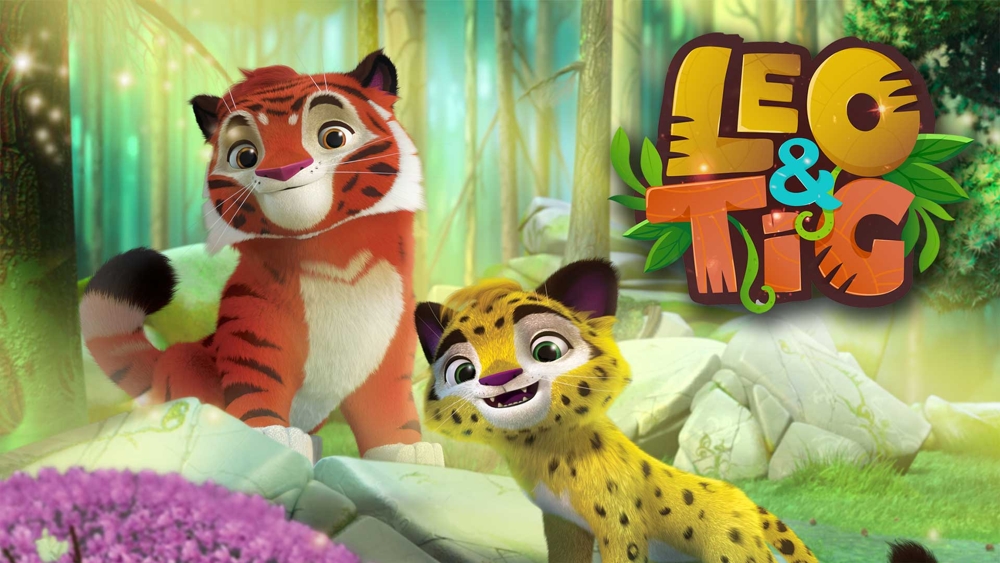 The Made in Moscow delegation to ATF alsor reported a slate of deals for Soyuzmultfilm short films and TV series in China, including Claymotions, Mr. Theo, Cat & Dog and The Adventures of Peter and Wolf; the studio’s Rockoons, The Secrets of the Honey Hill and brand-new series I’ll Get You! have also aroused interest in the region. Meanwhile, brandf4rent is in negotiations to bring Monsikids to Korea, having already sold the series to Beijing Joy Culture Media for China, and also presented Klaxon Production’s series Flora & Team to agreeable buyers.

Outside ATF, Leo and Tig has also just premiered in Italy on DeAJunior (Sky); Digital Television Russia inked the sale of Season 1 rights to the channel, owned by one of Italy’s largest publishing houses De Agostini Editore. The series debuted on Italian pubcaster Rai YoYo this summer, and is receiving licensing support from agent MDL and partners such as Play Press, Diramix, Mondadori, Grabo Balloons. The series is produced by Parovoz or DTR. 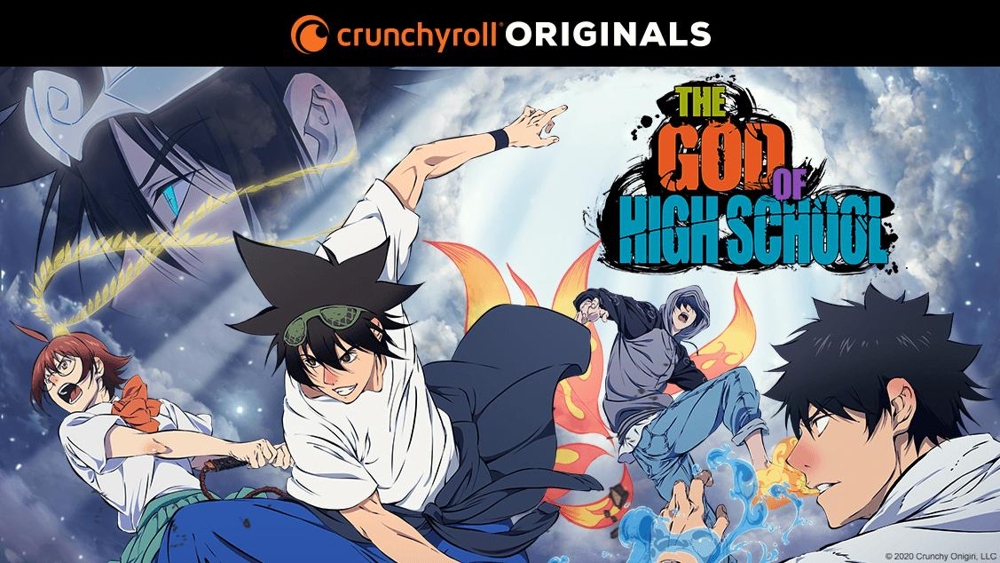 The God of High School

Loading has struck a partnership with Crunchyroll to bring 50+ of the brand’s anime titles to Brazilian primetime linear TV, including Crunchyroll Originals such as The God of High School and Tower of God. Among the dozens of titles, Loading will launch with Berserk, GOBLIN SLAYER and a number of other acclaimed shows. Going way beyond the shonen staples, the programming will also feature a late-night exclusive block for mature viewers, with explicit violence. And finally, Loading will also dub a number of titles in partnership with Crunchyroll, including fan-favorites such as 91 Days and given.

“We’re excited to bring Brazil’s anime community even more of their favorite series through our partnership with Loading,” said Brady McCollum, Head of Global Operations and International. “With more than 3 million subscribers and 70 million registered users, Crunchyroll is committed to the global growth of anime and our new partnership with Loading will provide another way for fans to engage with the series they love.” 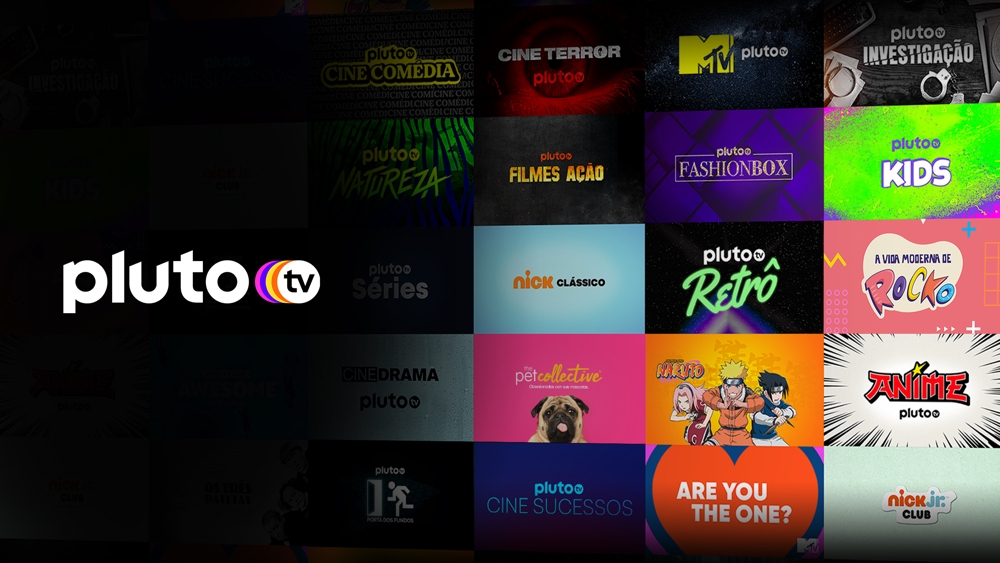 Pluto TV Brazil currently has 27 channels (including three Pop-Up channels specially developed for year-end and Christmas festivities) that include curated content in Portuguese to entertain audiences of all ages. Next week, Pluto TV in Brazil will add three new channels to reach 30 channels. By the end of 2021, Pluto TV in Brazil will have more than 60 channels and thousands of hours of content within a variety of genres and formats that include movies, series, reality shows, anime, lifestyle, competitions, nature, police, and children’s content – all for free, no subscription needed. Currently, Pluto TV has a global audience of nearly 36 million monthly active users, and an international footprint that spans three continents and 24 countries throughout the U.S., Europe, and Latin America. 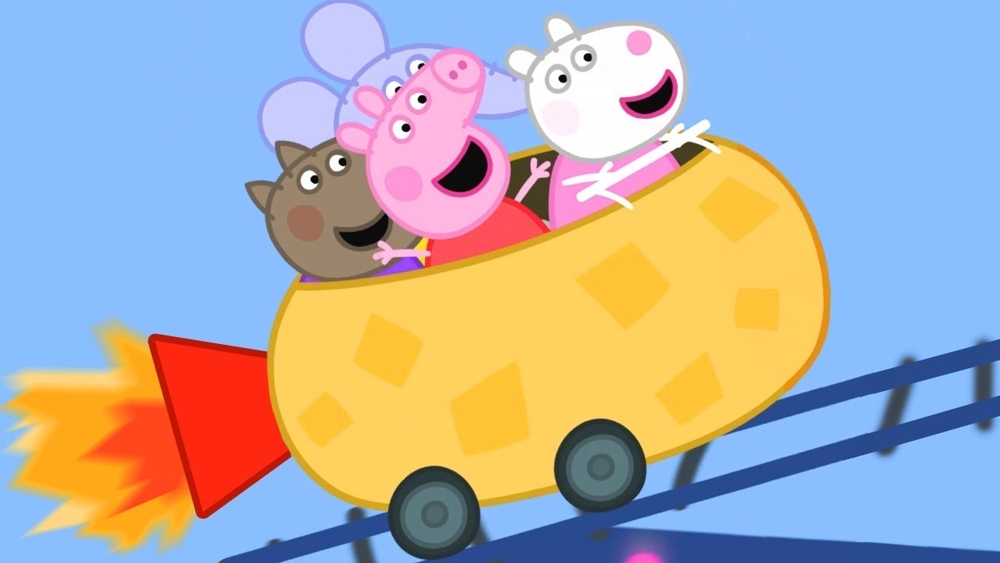 VOD365, a leading provider of branded OTT TV channels via Freeview, YouView, Freesat, mobile and smart TV devices, is to launch its kids’ channel Ketchup TV in the U.S. The preschool destination will be available via streaming service Roku and will also be accessible as premium apps Amazon Fire, iOS, TVOS, Android, Desktop and Android TV with more platforms set to launch Q1 2021. 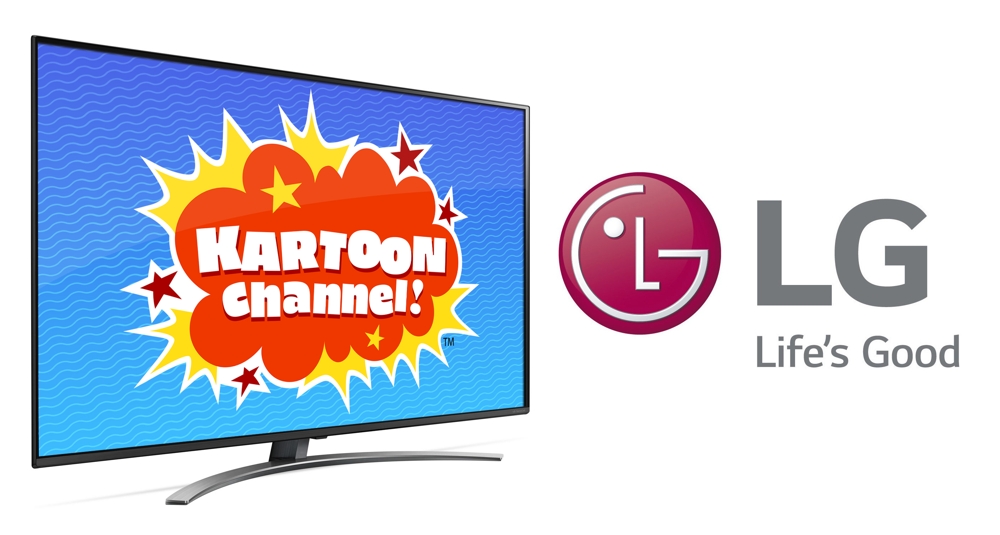 “Serving up Kartoon Channel! to kids and parents through new technology-enabled mediums is an important part of our strategy,” commented Jon Ollwerther, General Manager of Kartoon Channel! & EVP of Global Business Development at Genius Brands. “We look forward to announcing a number of similar agreements over the next twelve months. Through this strategy, we are capitalizing on the evolution in viewer habits, which we believe will position us at the forefront of this rapidly evolving market. As the second largest player in the U.S. TV market, LG is a very important platform for Kartoon Channel! viewers that we’re thrilled to add to our distribution.”