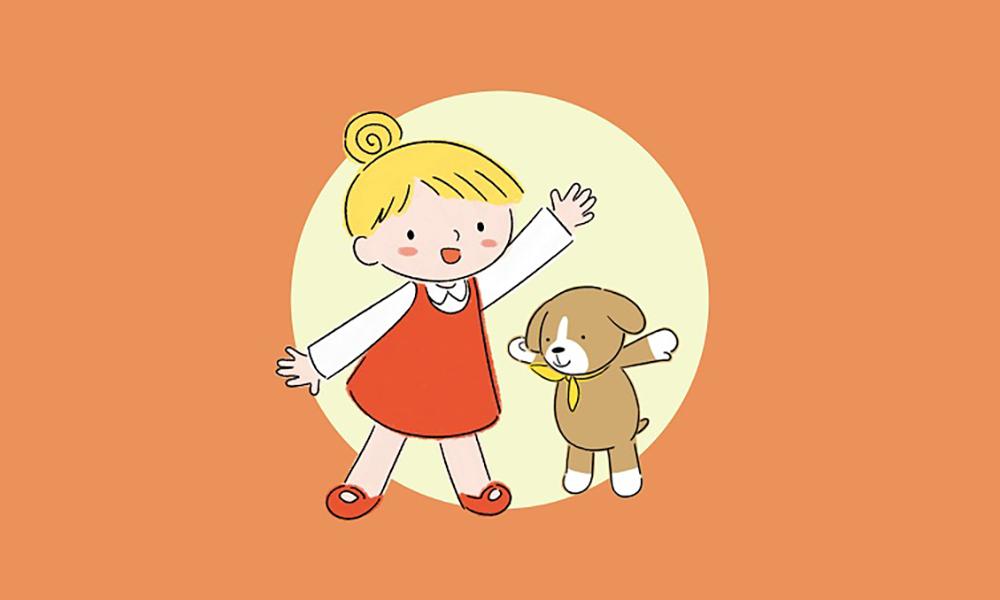 Bejuba! Entertainment has acquired global distribution rights for The Curious World of Linda, created by South Korean studios TakToon Enterprises for KBS, SK Broadband and SBA. The 2D-animated preschool series follows young Linda, who loves to go to her aunt’s curiosity shop. The shop is filled with the most wonderful things that provide inspiration for Linda’s adventures. In Linda’s mind, everything is possible. She can be anyone and go anywhere in her imagination.

The first 26 episodes of the 78 x 7′ series are being delivered now, with the following 52 episodes delivering in 2021 and 2022. Created by TakToon, the series was written by both U.K. and Korean writers with Debbie Macdonald as the Head Writer. Vision Animation in Malaysia, who did most of the animation of Season 1, has become a co-production partner from Season 2 onwards. 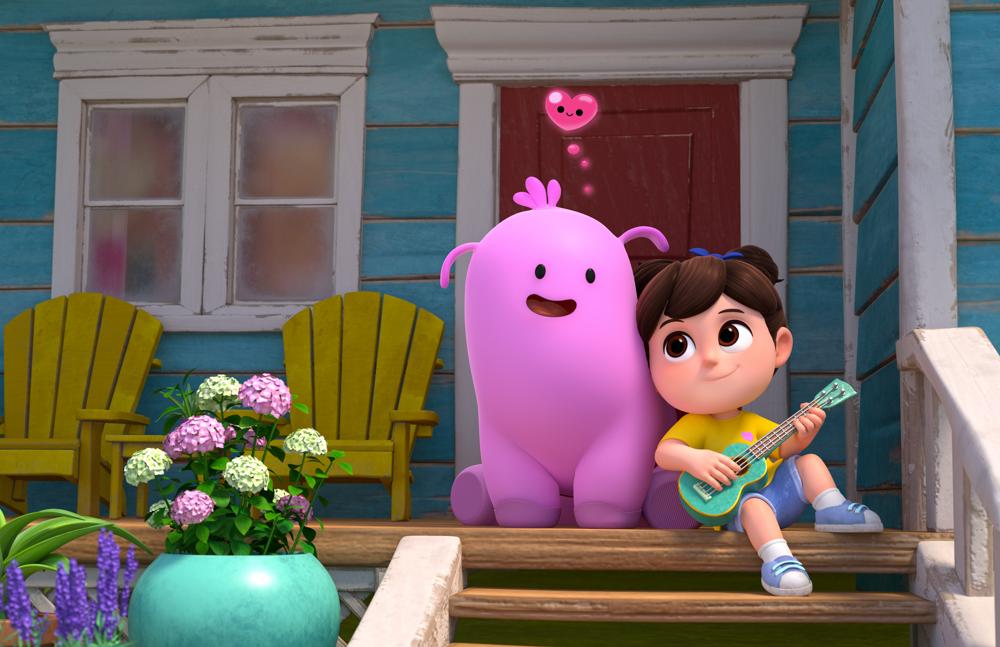 Boat Rocker Studios (a division of Boat Rocker Media) announced a slew of new pals for Remy & Boo, with a multitude of international sales for the friendship-based CG animation for preschoolers. The 52 x 11′ series will now head to Australia on ABC Me and New Zealand on TVNZ; across Europe, to Tiny Pop in the U.K., France Télévisions, YLE in Finland, RTL in The Netherlands, DSmart in Turkey, TV2 in Hungary, Disney in Russia; to Cartoon Network in Korea; to the Middle East with Discovery Kids; and French Canada with SRC. The show launched in the U.S. on Universal Kids in May as one of the year’s top 3 premieres on the channel, and in Canada on CBC in September.

Remy & Boo tells of the unique friendship between an adventurous six-year-old girl, Remy, and an incredible squishy pink robot called Boo – whose enthusiasm sometimes goes awry! Fuelled by Remy’s indomitable spirit and Boo’s can-do attitude, and powered by two incredible imaginations, their days in Dolphin Bay are filled with adventures both big and small which demonstrate that there is no greater power than the power of friendship. Created by Matt Fernandes of Industrial Brothers and produced by Industrial Brothers and Boat Rocker Studios, in association with Universal Kids, CBC Kids and Radio-Canada. 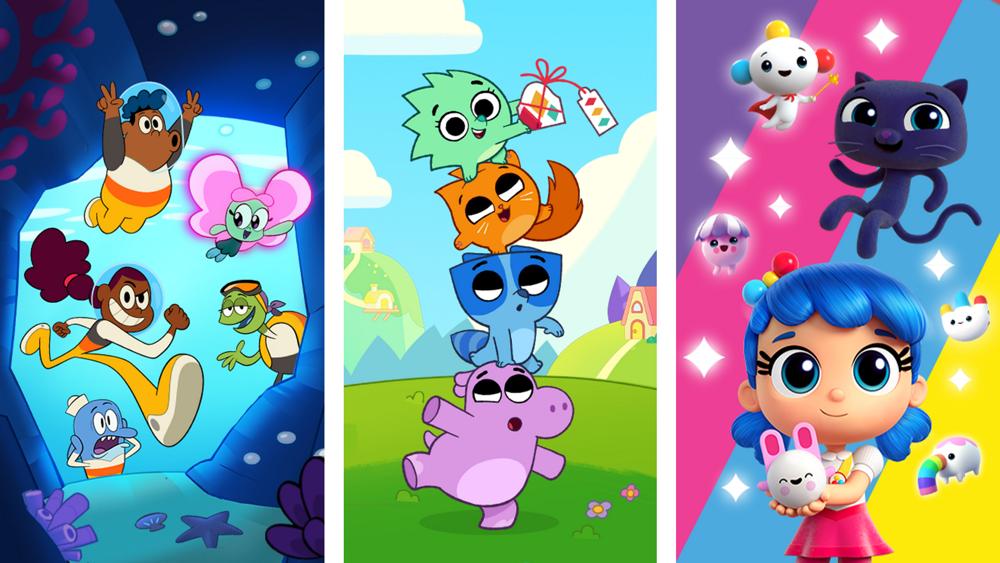 Toronto-based Guru Studio has signed a slew of new international broadcast deals for its newest preschool series Pikwik Pack and its hit Emmy-nominated True and the Rainbow Kingdom.

The strong lineup of new broadcast partners for True and the Rainbow Kingdom include TVP ABC (Poland), 9Go! (Australia) and AFN (U.S. Military). Having previously acquired True Seasons 1 and 2, HOP (Israel) and Star Channel (Greece) have quickly acquired Seasons 3 and 4, with HOP having also signed on as the L&M Agent in Israel for the series

Guru Studio’s line up of originals includes two-time Emmy nominated series Justin Time, and its newest original series Big Blue, which is debuting at MIPCOM’s virtual market this year. The new 52 x 11′ series for kids 5-9 follows underwater sibling adventurers Lettie and Lemo, leaders of a quirky submarine crew bound to protect a magical ocean fairy stowaway named Bacon Berry as they discover deep conflicts among the denizens of a vast ocean-covered planet. The series is packed with comedy and high stakes adventure and will inspire kids to make their world a better place as they dive deep into the mysteries of the ocean. 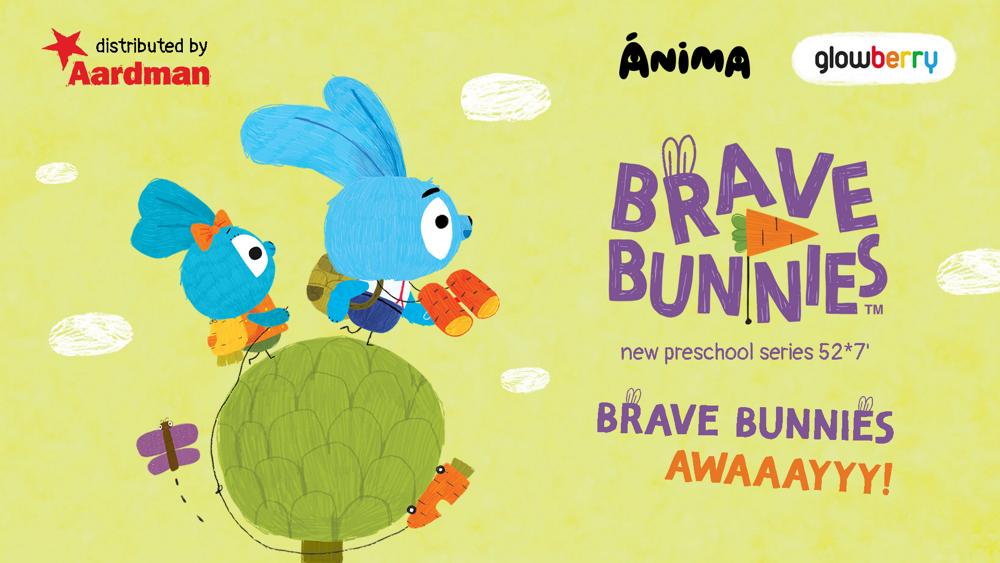 Brave Bunnies follows a family of courageous and curious Bunnies as they seek adventure and exploration, travelling on the Bunny Bus. Every episode in the series, directed by Tim Fehrenbach starts with a Bunny Bus-ride. On each stop, brother and sister Bunnies, Bop and Boo discover different animals, creating new games to help build new friendships. Brave Bunnies shows children the diversity of the world, encouraging viewers to accept differences, no matter how big or small, with the tagline: “We might seem different at first, but we’ll find a way to be friends and play together.” 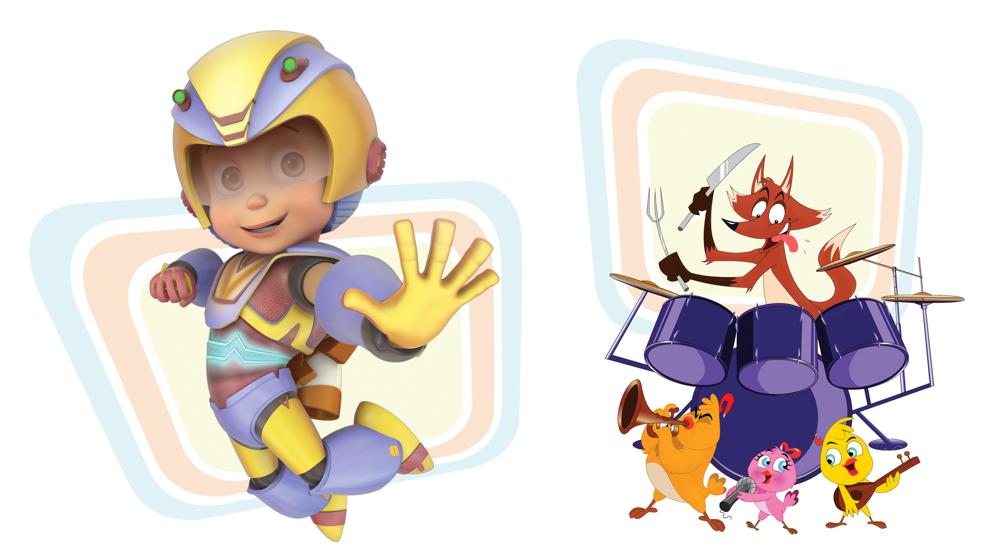 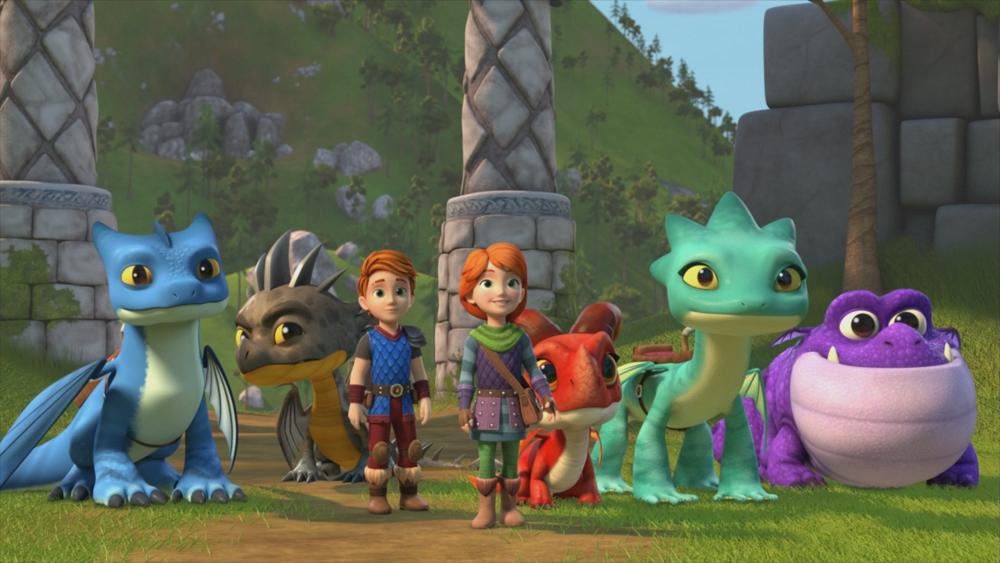 Sky (U.K. & Europe) has inked a long-term content agreement for hundreds of hours of DreamWorks Animation Television series, granting the broadcaster exclusive access to new franchise-spinoff series Madagascar: A Little Wild, TrollsTopia and Dragons Rescue Riders: Heroes of the Sky, as well as familiar favorites like All Hail King Julien and Home: Adventures with Tip & Oh. Episodes will air on Sky One on weekends, and be available on-demand through Sky Kids Pack and the Sky Kids App. The deal with closed through NBCUniversal Global Distribution. 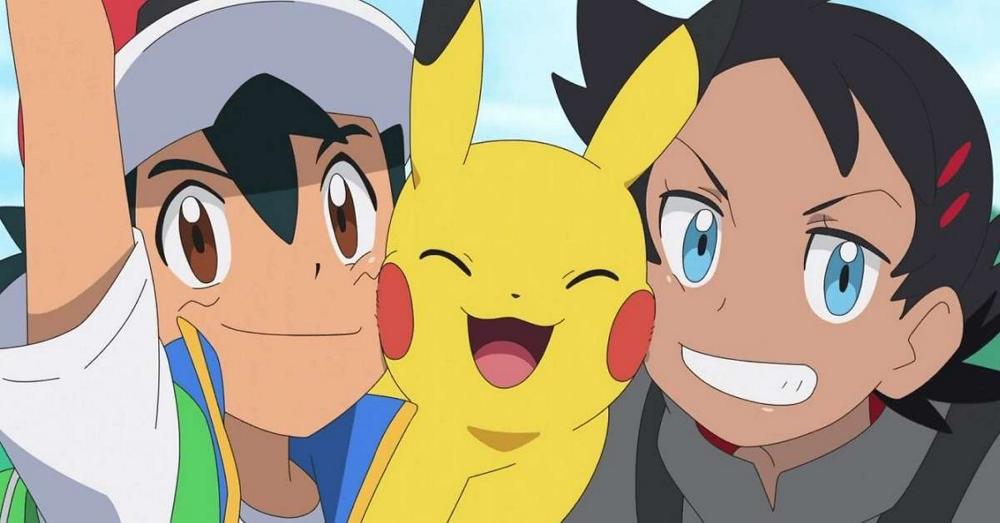 Mediaset España’s children’s channel Boing (Spain) exclusively premiered the 23rd season of the iconic Pokémon animation series, Pokémon Journeys, on Monday. The latest installment of the global hit series will air Monday to Thursday at 19:15. On its 10th anniversary, Boing is the most-watched children’s channel on commercial television in Spain for the seventh consecutive year — a record that it broke in September, when it beat Disney Channel in the 4-12 year old target (11.6% vs. 7.1%). This year, Boing shows a clear upward trend in this target, going from the 10.3% share recorded in January to the 11.6% recorded last month.

In Pokémon Journeys, Pokémon Trainer Ash Ketchum has a new plan: to travel the world. But first, he and his partner Pikachu will be heading to the opening of Cerise Laboratory, a research center dedicated to uncovering the mysteries of the Pokémon in each region. There they will meet Goh, another child with a boundless curiosity about Pokémon, and Professor Cerise will ask them to become official researchers. Ash, as determined as ever to become a Pokémon Master, and Goh, who aspires to capture one of every Pokémon, will set out to explore the vast regions of the Pokémon world, such as Kanto, Unova and Galar. 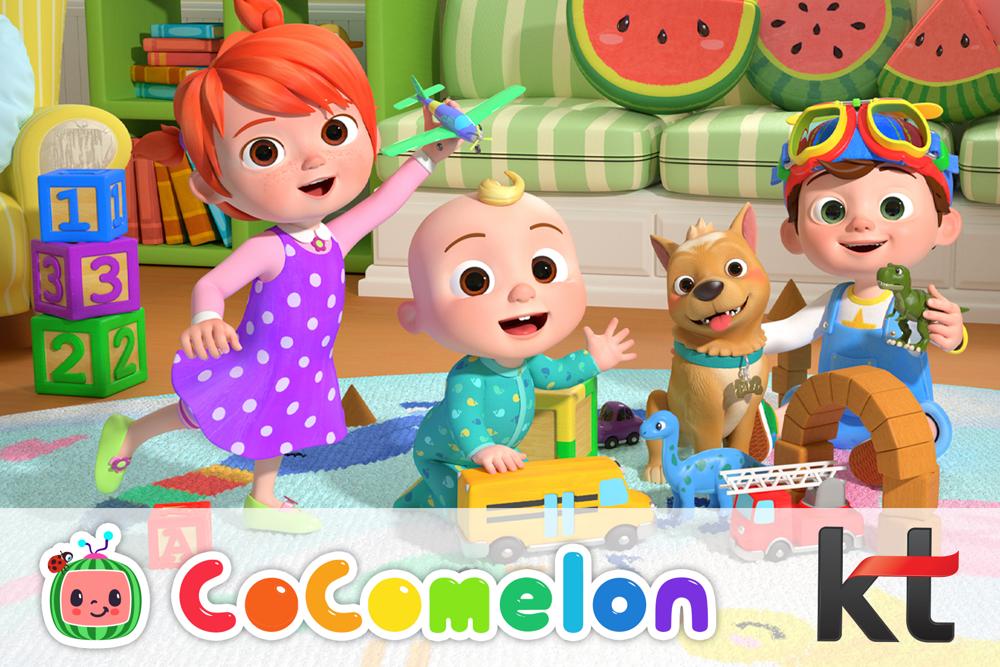 As the world’s most-viewed YouTube channel with over 92.8 million subscribers and 3.5 billion views per month, CoComelon teaches children how to take on everyday activities like chores with a sense of enthusiasm and infectious positivity. With its bright and bold colors, CoComelon attracts children aged one to four to sing and dance along with Baby JJ and his siblings as they learn letters, numbers, animal sounds, colors and more. 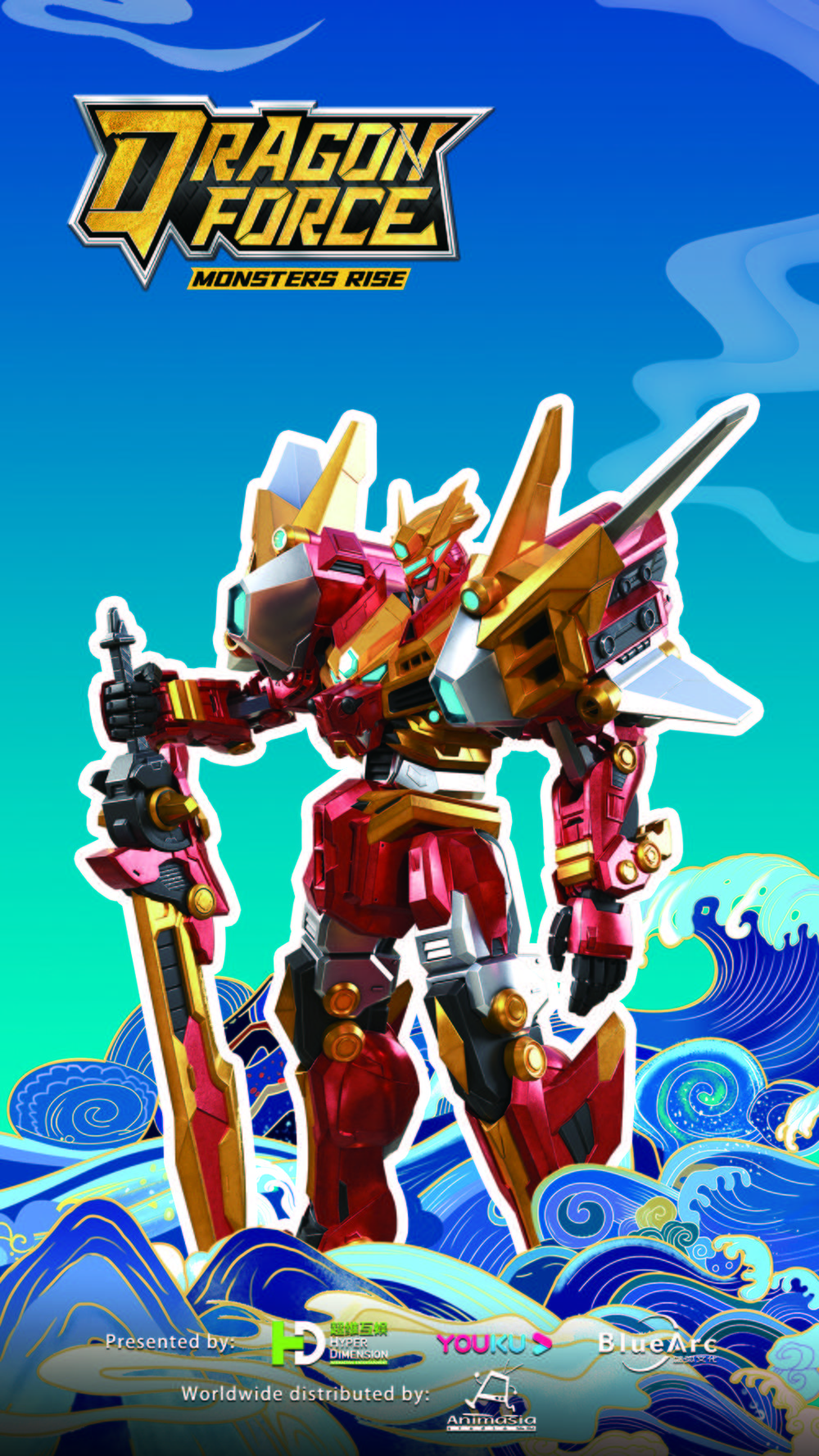 Malaysia based kids entertainment specialist Animasia Studio has been named the sole global distributor by Hyper Dimension Entertainment (founded by Chinese theatrical film distributor Sublime Media) for the animated series Dragon Force. Animasia will handle distribution and licensing & merchandising outside of China. Continuing the show’s success in Season 1 & 2, Hyper Dimension will be launching Season 3 of Dragon Force in China this fall.The series is produced in collaboration with streaming platform Youku (where Dragon Force has 1.5 billion views) and animation studio Blue Arc.

Aimed at kids ages 6-11, the core of Dragon Force is to let the kids experience how the protagonist Lucas grows up as a young hero through adventure and battle. In the new Monsters Rise season, all 26 Mech-monsters are based on the legendary ancient Chinese book Shan Hai Jing (Classic of Mountains and Seas), and Dragon Force will have a new adventure in the virtual world of the oriental legend. Under the guidance of the Dragon Force, Lucas bravely meets the challenge and grows up in the process. The concept of ‘unity of knowledge and action’ is displayed through fascinating stories. 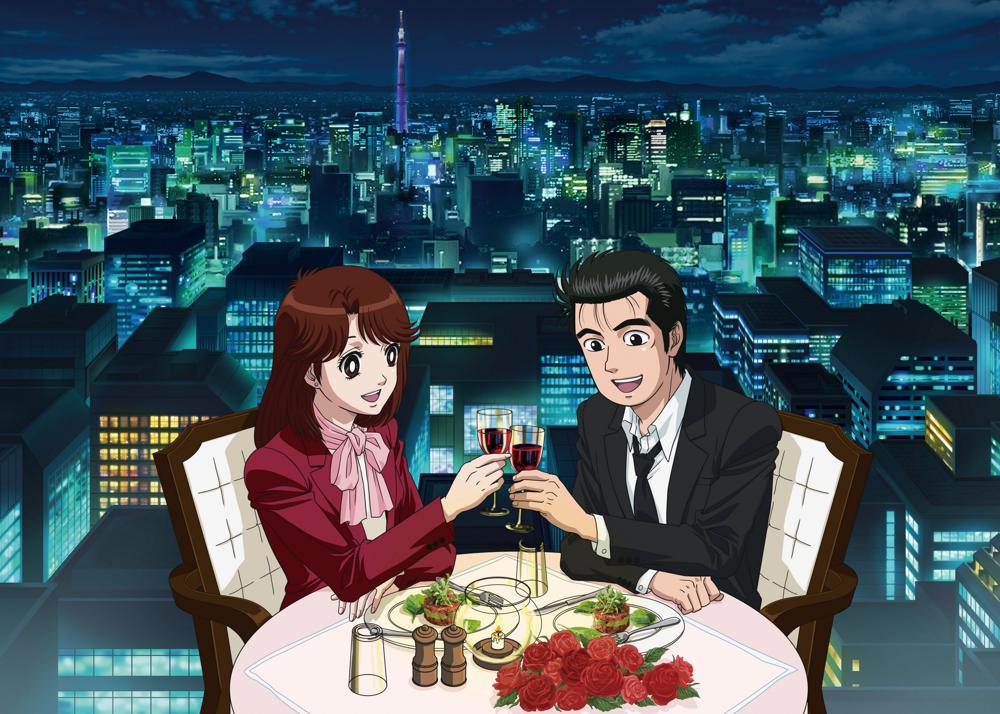 Shin-Ei Animation and AlphaBoat have teamed up to create and operated an official YouTube channel for the immensely popular anime series Oishinbo, based on the original cuisine-themed manga by writer Tetsu Kariya and artist Akira Hanasaki. The new YT channel will make the past 121 episodes available to watch for free in their original order, with English subtitles. The first episode debuted Oct. 2, with new episodes each Monday, Wednesday and Friday. AlphaBoat will manage the channel and the official Twitter (@oishinbo_ch), as well as providing copyright management services.

Launched on Nippon TV in 1988, Oishinbo centers on culinary journalist Shirō Yamaoka and his partner (and later wife), Yūko Kurita. The story is about solving various people’s problems through food while aiming to create “the ultimate menu”. The manga was serialized in “Big Comic Spirits” published by Shogakukan and sold a total of 135 million copies, sparking Japan’s “gourmet manga” boom.