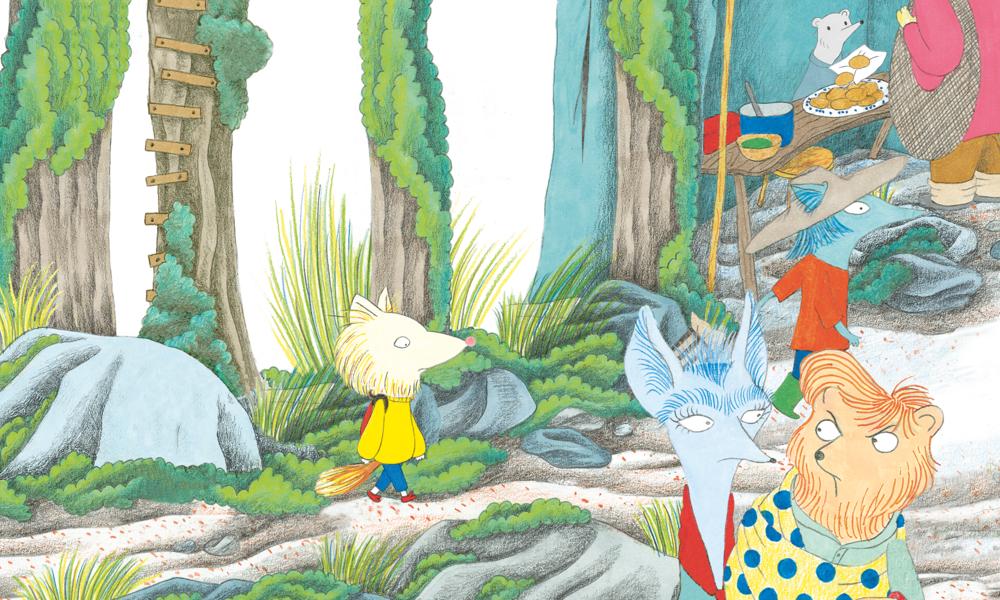 Ameba TV inked a new deal with Emmy-winning French studio Dandelooo for four series and one animated feature, which will join the platform’s growing slate of 2,200 hours of programming for kids and families in the U.S. and Canada. 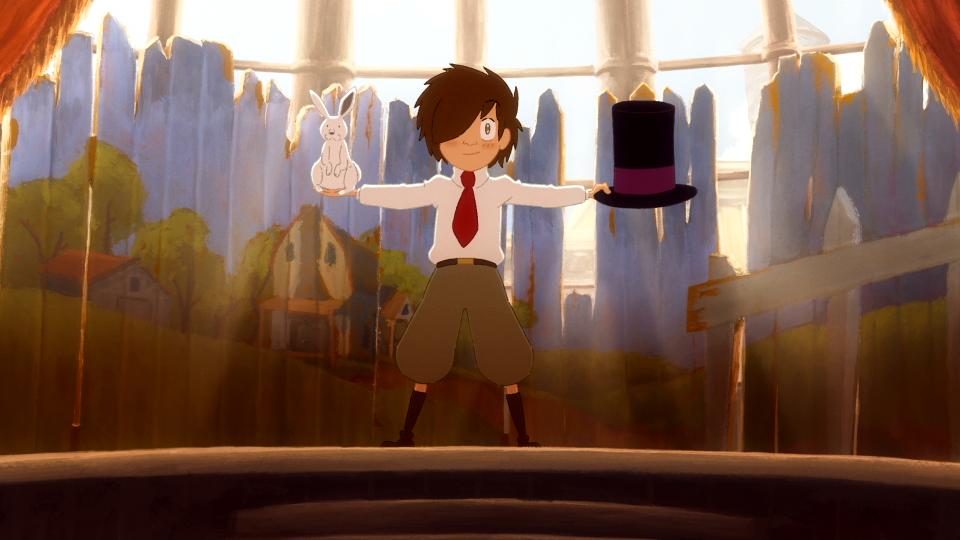 Future Today announced a significant expansion for its most popular Free Advertising-Supported Linear TV streaming channels on The Roku Channel: HappyKids — free and safe app designed to educate and entertain millions of kids of all ages with music, stories and activity guides across multiple platforms every day; The LEGO Channel — dedicated to inspiring and developing the builders of tomorrow where kids can watch their favorite LEGO Minifigure characters; and iFood.tv. 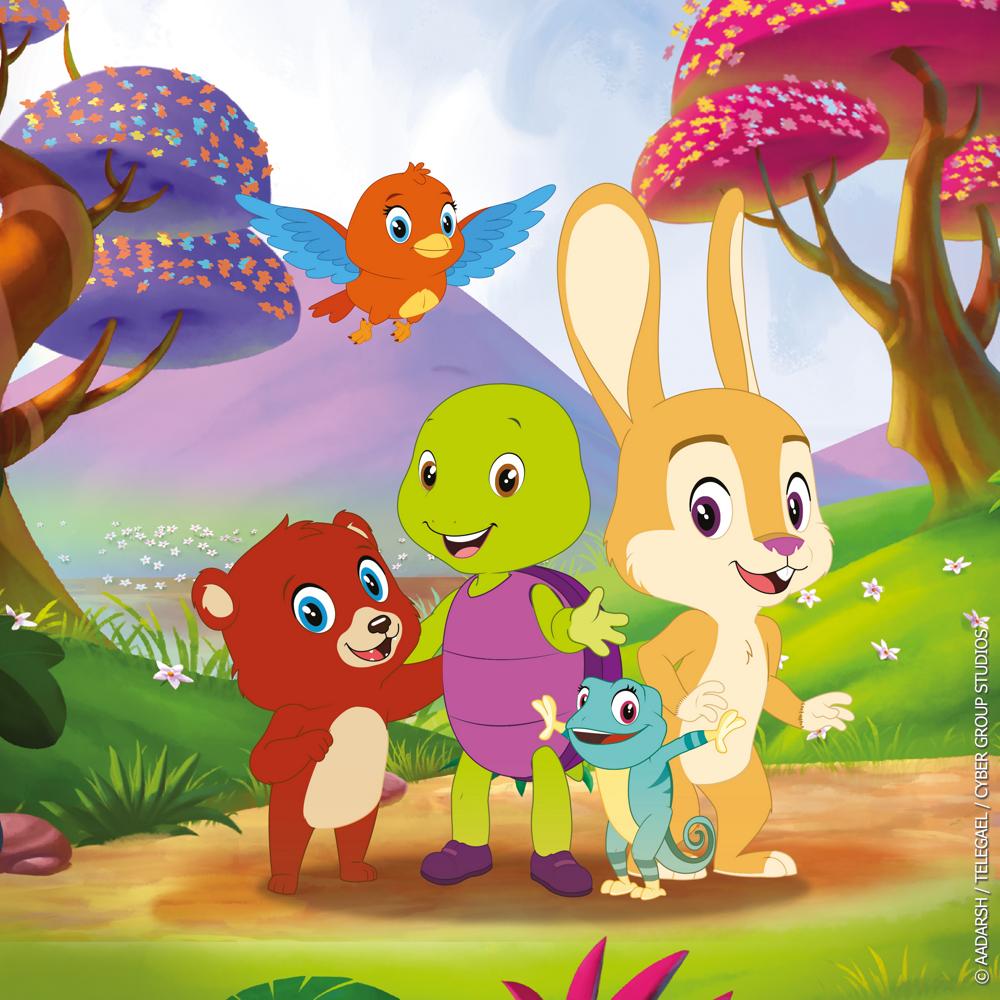 Cyber Group handles worldwide distribution, as well as licensing, merchandising and publishing outside of India. 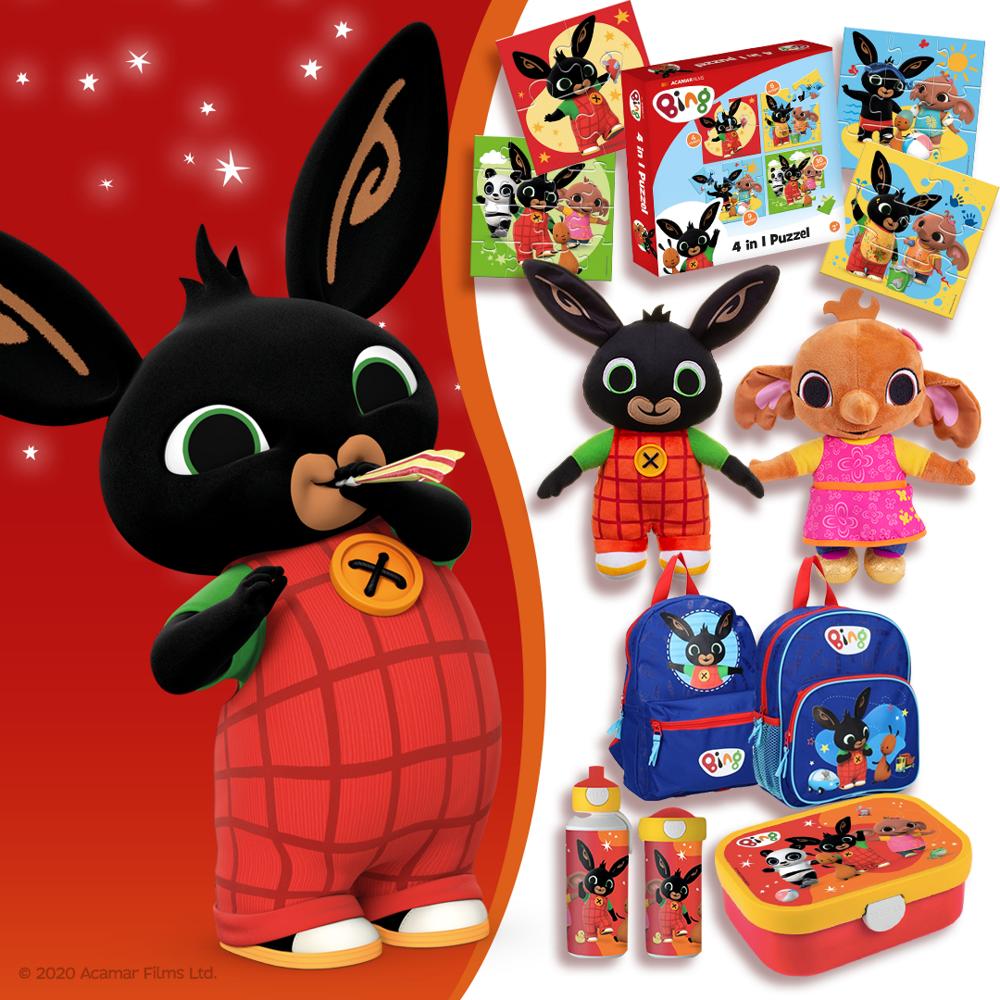 Acamar Films‘s preschool hit Bing is enjoying bounding success in Benelux, with more growth on the way with a new raft of licensing and broadcast deals. Ketnet (the current broadcaster of Bing in Belgium) has purchased the rights to the newest, fourth season. The 26 episodes will air in Flemish with a premiere date to be announced. In the Netherlands, all 104 episodes of Bing S1-4 are already available on NPO Zappelin. 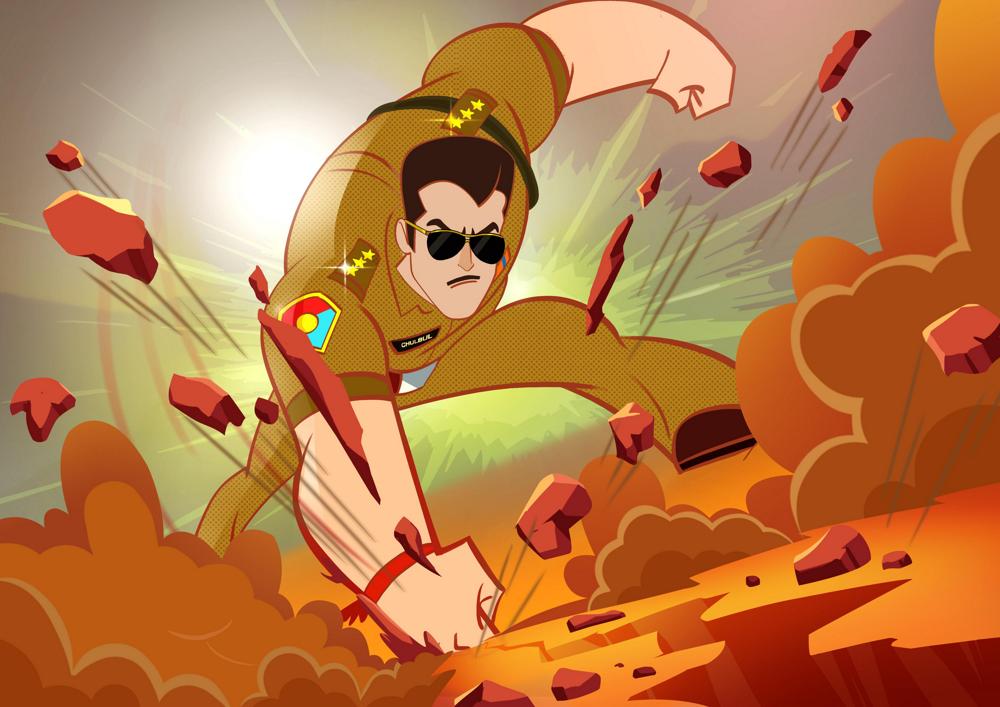 Disney+ Hotstar, India’s largest premium streaming platform, has acquired all 104 episodes of Cosmos-Maya and Arbaaz Khan Productions‘ new family series Dabangg — a first of its kind animated adventure based on the hit Bollywood franchise. The agreement coincides with the 10th anniversary of the first film, which introduced the character of Chulbul ‘Robin Hood’ Pandey e in 2010. The first 52 x half-hour season of 52 will start airing in Summer 2021 on Disney+ Hotstar, which has 400 million viewers, eight million paying subscribers and additional library content from Disney+, making it the most prolific OTT platform in India both in terms of subscribers and content.

The animated series chronicles the day-to-day life of Police Officer Chulbul Pandey (played by Salman Khan in the films). Backed at each step by his entourage, he stands in the face of evil to keep the city safe. Fighting evil is a tough job but whatever the situation may be, Chulbul always has the time to lighten up the mood with his jokes, limericks, and one-liners. Chulbul is joined by his endearing younger brother Makkhi (played by Arbaaz Khan in the films), who is new in the police force and keeps trying to emulate him.

The show will feature the animated avatars of all iconic characters of the franchise including the three antagonists Chhedi Singh, Bachcha Bhaiya and Baali Rajjo (played by Sonakshi Sinha in the films), alongside Prajapati Ji (played by the late Vinod Khanna in the films) and the ‘BhaiyaJi Ismile’ guy. 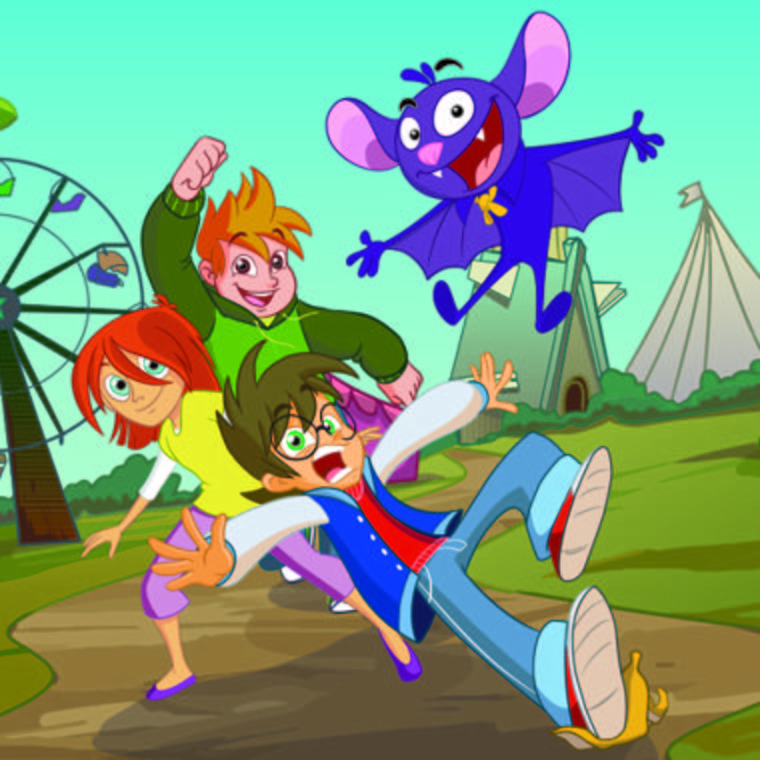 After a successful run on Rai Gulp, Atlantyca Entertainment announced the premiere of its spooky-comedy adventure Bat Pat on Italy’s leading kids’ channel, RAI YoYo, which will broadcast two full seasons of the popular series. Unveiled on September 21, the show airs in half-hour time slots with two episodes running back-to-back in the period. On October 31, RAI YoYo’s young viewers will get the opportunity to enjoy the Bat Pat Halloween special.

Season 1, produced by Atlantyca with the participation of Rai and RTVE, has been sold to more than 100 countries including Italy, Spain, U.S., U.K., Benelux, Sweden, Lithuania, Singapore, Sri Lanka, India, the Middle East. In November 2019, the second season debuted in Italy and Spain with 52 brand new episodes. S2 is a co-production with Mondo TV Producciones Canarias, Bat Pat AIE, with the participation of Rai Ragazzi and Clan TVE.

The animated series features Bat Pat and the Silver sibling, who help strange creatures with weird and unbelievable problems — not just in Fogville, but all around the world. Thanks to Engine 13, a Victorian Age steam train driven by the zombie Molly Walker, our heroes travel via an underground railway to any location in the world. The bat gang is joined by Bat Pat’s cousin WingNut, an upbeat and optimistic surf-lover and an expert of Batga – the bat version of yoga — and Bat Pat’s younger niece, Jinx, a fiercely independent and brave teenager who’s often too expressive with her emotions. Together they are ready to help every creature because, remember: the supernatural inhabitants of Fogville don’t want to hurt anyone. In fact, what they really want is…help. 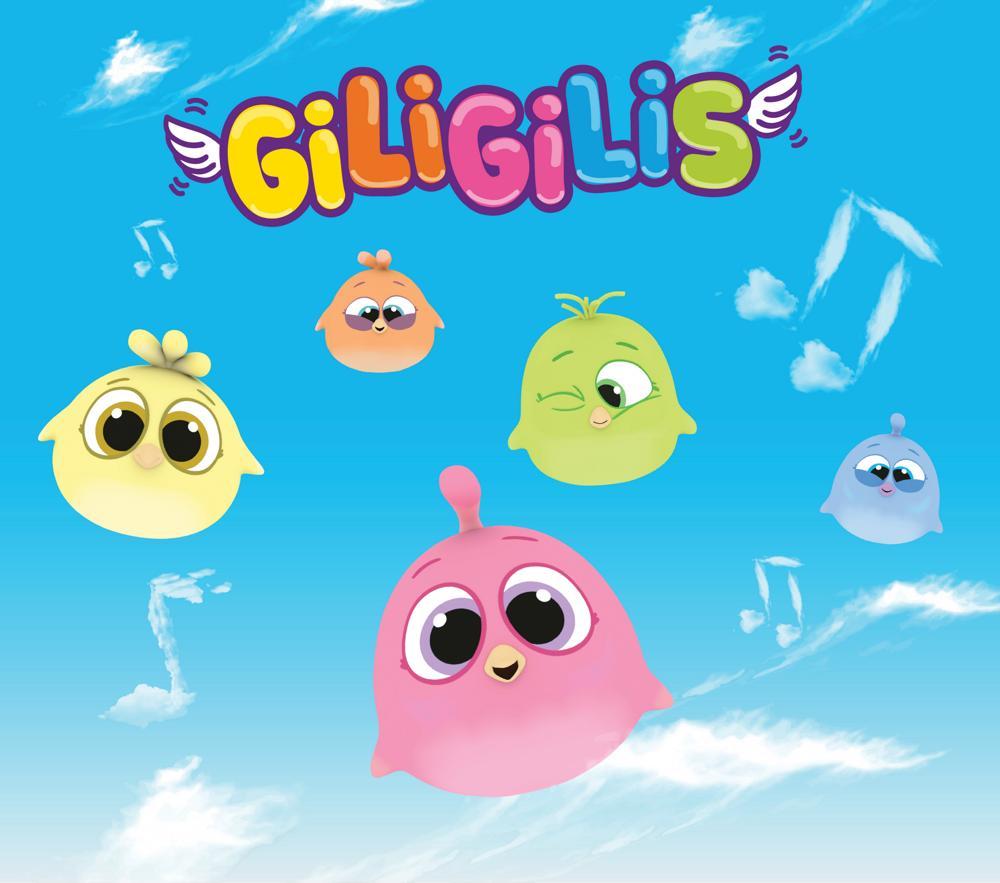 Giligilis supports early years, primary and secondary school curricula, teaching music and rhythm through the Orff Approach, which engages children’s minds and bodies through singing, dancing, acting and the use of percussion instruments. Fauna has greenlit a second season due in May. 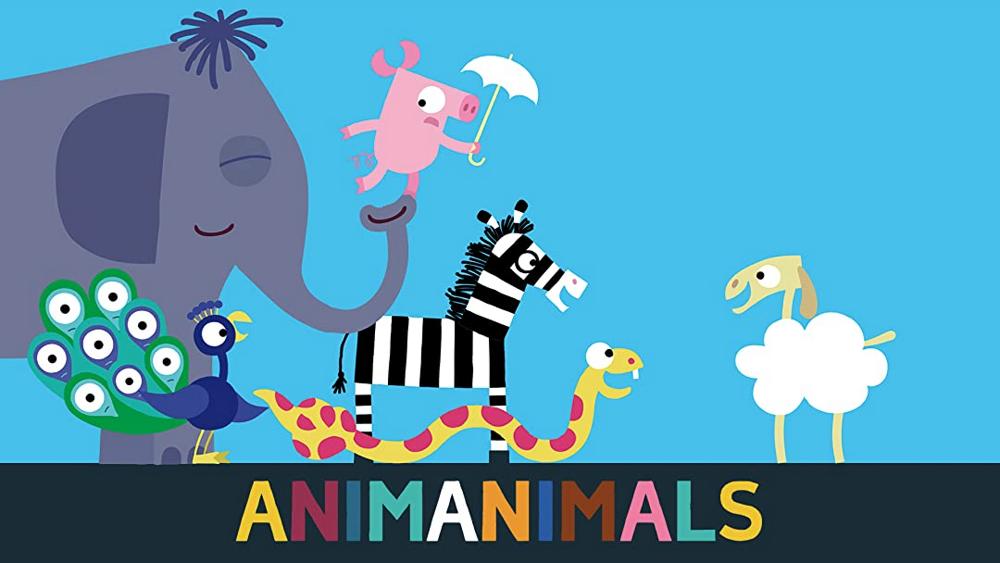