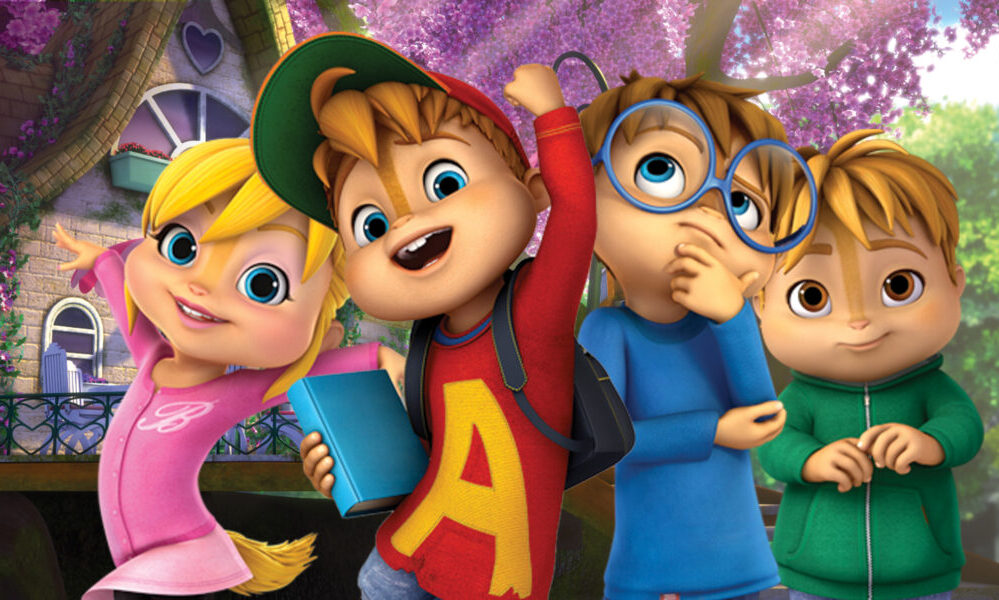 Bagdasarian Productions‘ series ALVINNN!!! and The Chipmunks, produced in collaboration with Technicolor Animation Productions and distributed by PGS Entertainment (excluding U.S. and France) is on the road to continued success as PGS secures new sales worldwide. A total of seven seasons (364 x 11′ episodes) have been ordered, with production currently in progress on Season 5. “As the years go by, ALVINNN!!! continues to bring success to new and historic licensees across the world. We couldn’t be more excited!” commented Philippe Soutter, President of PGS Entertainment.

Disney Japan has committed to the first two seasons of the show, making it the first step of the brand in this territory. In other parts of the world, HBO Max has signed for two seasons for Latin America and Eastern Europe, while Noga starts a four-season commitment in Israel and True Digital has acquired two seasons.

Originally created in 1958, the Chipmunks are one of the largest family franchises in the world, with a multi-generational, international following. Presented in CGI-animation, ALVINNN!!! and The Chipmunks reflects the trials and tribulations of a single parent, David Seville, trying to raise six hyperactive Chipmunks. True to the brand’s origins, each episode features a new, original Chipmunks song. The series is set to air new episodes until at least 2026. 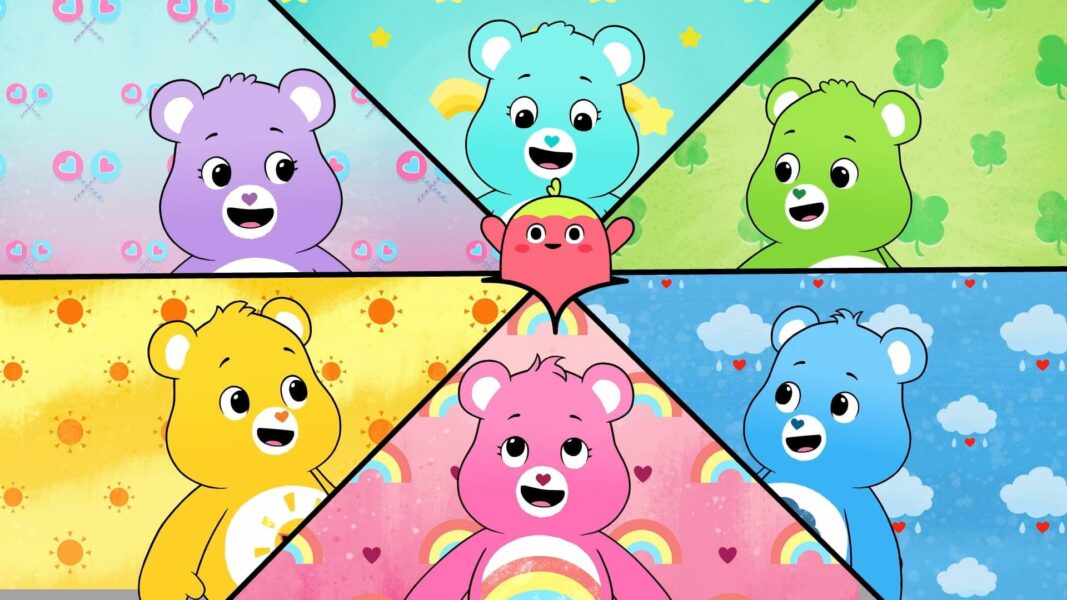 In October, Cloudco relaunched Care Bears toys with new master toy partner, Splash Toys, in France. The toy line emulates the new character art style seen in Care Bears: Unlock the Magic and is rolling out successfully at mass and specialty as well as a number of other online and brick and mortar retailers across the country. Early next year, Care Bears will introduce a new line of toys and collectibles with POP MART in China. The deal was brokered by IMG China and will feature a range of figurines, blind boxes, and novelties for teens and young adults. The toy line will debut at POP MART and rollout to online and brick and mortar retailers across the country as the brand celebrates its 40th Anniversary and 40 years of sharing and caring across the globe.

Care Bears: Unlock the Magic follows Cheer Bear, Grumpy Bear, Good Luck Bear, Funshine Bear, and Share Bear as they embark on a new adventure from Care-A-Lot to the Silver Lining, a beautiful, strange world inhabited by the Whiffles, a group of innocently happy creatures that plant seeds to keep the magical land of Care-A-Lot growing. Throughout the series, Care Bears use their belly badge powers to spread messages of sharing, caring, friendship and courage while making sure to have lots of laughs along the way. 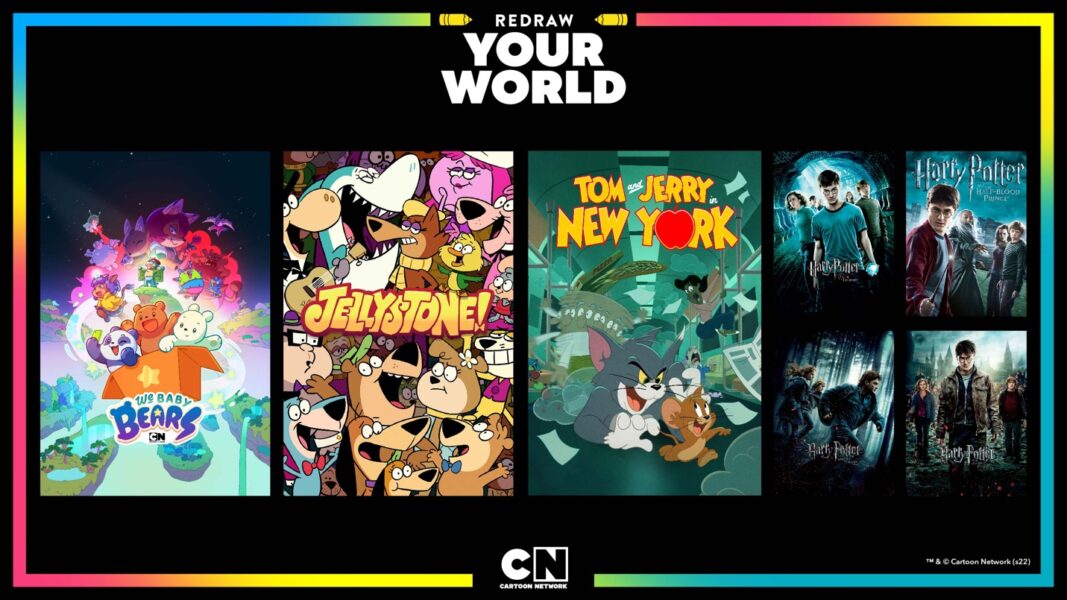 Cartoon Network is bringing its Redraw Your World campaign to Southeast Asia. Launching January 8, viewers around Korea, Hong Kong and Taiwan will be able to enjoy a completely reenergized brand experience with refreshed, vibrant color, music and design — as well as new CN shows designed to appeal to a wider demographic of boys and girls. The Cartoonito preschool block is set to launch in Asia later this year.

Kicking things off Saturday is the premiere of two episodes of the original series We Baby Bears – a spinoff of We Bare Bears, one of Cartoon Network’s biggest ever series in Southeast Asia. Episodes will also run on Boomerang, HBO, HBO Family and Oh!K where available; five episodes streaming on HBO GO with more added each month. Other new shows include Hanna-Barbera reboot Jellystone! (Jan. 22) and Tom and Jerry in New York (Jan. 15).

Off the channel, Cartoon Network is looking to launch pop-up doodle stations and craft videos powered by Crayola, the regional campaign’s official “Creativity Partner” – Craft Your World videos will launch on Cartoon Network Asia and Crayola websites and social channels in the coming weeks until the end of 2022. Redraw Your World physical events are also taking place from February onwards in malls across the region, including in Singapore, Malaysia and Philippines. These will be complemented by a rich content offering including AR filters on Instagram. Exclusively in Singapore, Cartoon Network has teamed up with NTUC FairPrice and Plus! Programme for a number of initiatives. And Cartoon Network characters are also on show in the build up to the Chingay Parade 2022 later this month.

2022 is off to a merry start for family audiences tuning into Netfllix‘s animated offerings. In addition to the launch of Riverdance: The Animated Adventure next week, the streamer has premiered a new series and is rolling out fresh seasons for preschoolers — including Gabby’s Dollhouse S4 — throughout January and February:

Action Pack (available now; 10 x 11′) is a preschool superhero adventure series featuring a new class of superheroes from OddBot Inc. The Action Pack is a group of heroic kids — Treena, Watts, Wren and Clay — who use their incredible superpowers as they take on the biggest threats in Hope Springs, implement the lessons taught by Mr. Ernesto at the Action Academy, and fulfill their ultimate mission of bringing out the good in everything, even in villains! The series is animated by ICON Creative Studio.

Ada Twist, Scientist Season 2 (Jan. 25; 6 x 26′) – The adventures continue with eight-year-old Ada Twist, a pint-sized scientist with a giant-sized curiosity, who aspires to discover the truth about absolutely everything. With the help of her two best friends, Rosie Revere and Iggy Peck, Ada unravels and solves mysteries for her friends and family. But solving the mystery is only the beginning, because science isn’t just about learning how and why and what… it’s about putting that knowledge into action to make the world a better place. The animated preschool series is from Laughing Wild, Higher Ground and Wonder Worldwide.

Ridley Jones Season 3 (Feb. 5) – Ridley Jones is back for more adventures as she protects the museum that she calls home and its magical secret: everything comes alive at night! The series includes the first nonbinary recurring character on a preschool show, Fred the bison, as well as other LGBTQ+ characters and can be found in the “Representation Matters” collection.