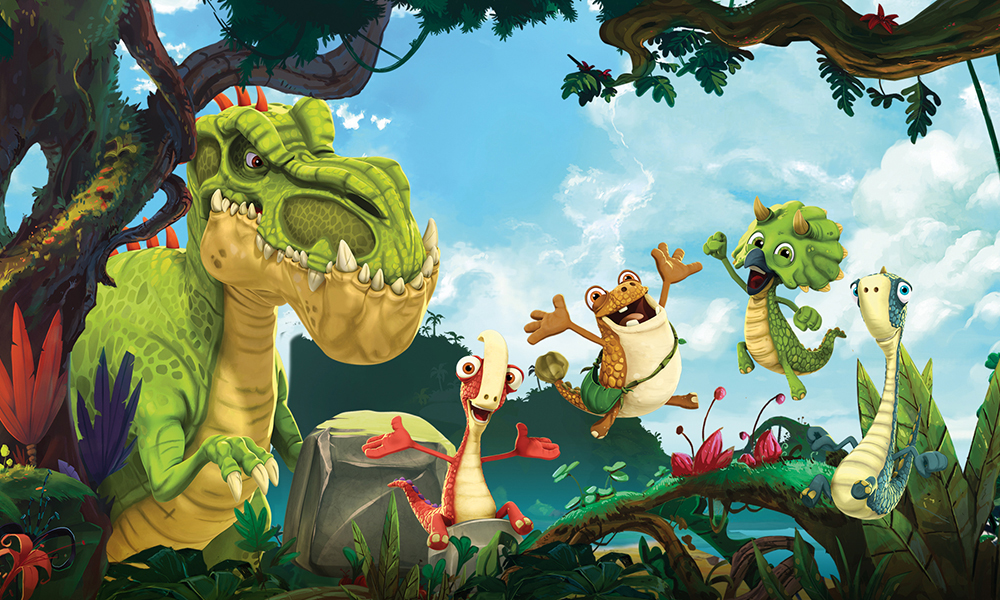 Cyber Group Studios has secured a raft of deals with leading international broadcasters and platforms for its hit animated series, on the heels of this year’s MIPCOM and MIPCancun content markets. “It’s very gratifying and affirming that our signature programs are resonating so strongly with audiences around the globe in such large and important markets as the U.S., Latin America, Asia and EMEA,” said Raphaelle Mathieu, SVP Sales & Acquisitions. “These new partnerships will help Cyber Group Studios further our mission of creating content that entertains and engages children and families worldwide.” 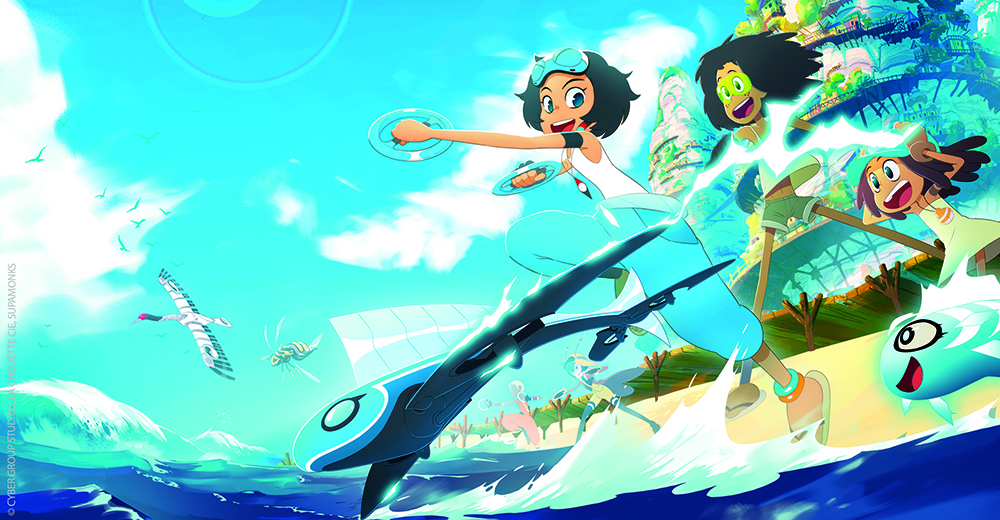 The new partnerships include: 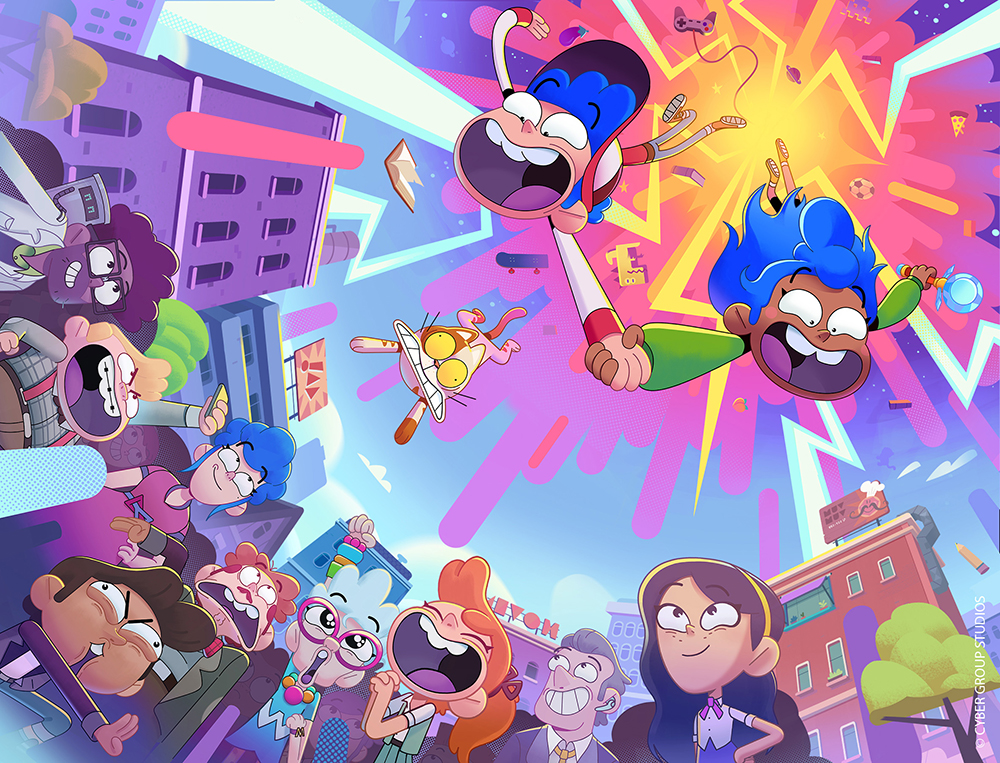 In addition, Cyber Group Studios has pre-sold its bold and hilarious new CGI 2D series, 50/50 Heroes, commissioned by France Télévisions and The Walt Disney Company in Germany and Eastern Europe, to Discovery in Latin America and Disney Japan. 50/50 Heroes is an original graphic universe that centers on half siblings who work together to make one-half of a superhero. The series is currently in production.

Anime fans must remember to tune in to Funimation and Crunchyroll this weekend for the premiere of the Demon Slayer: Kimetsu no Yaiba Entertainment District Arc, summoned to screens on Saturday, December 5 at 10:45 a.m. EST / 7:45 a.m. PST. Read more about this intense next mission for the Demon Slayer Corps here.

Demon Slayer: Kimetsu no Yaiba is an action-packed, thrilling tale of a young man in search of a cure for his sister, who has been turned into a demon after their family is viciously slaughtered by demons. Immediately following the Mugen Train Arc, the Entertainment District Arc introduces a new major demon, Daki, who the young adventurers must contend with. 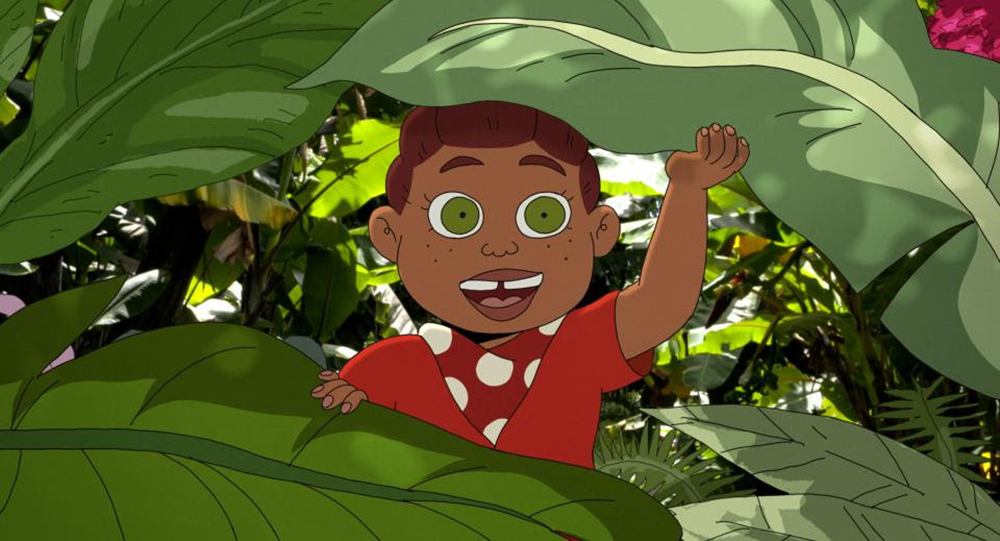 Vanille, a Caribbean tale tells the story of Vanille, a nine-year-old Parisian with quite a temper, sent to spend the whole summer in Guadeloupe with her aunt. During these holidays, she dives into an adventure tinged with mysteries, meets charming characters and a magical flower and reconnects with her roots. Produced by Folimage, the movie has been praised at festivals and events around the world, and won the Annecy Cristal for TV Production. Vanille has been acquired by leading broadcasters such as Germany’s KiKa, Italia’s Rai and Hong Kong’s RTHK. 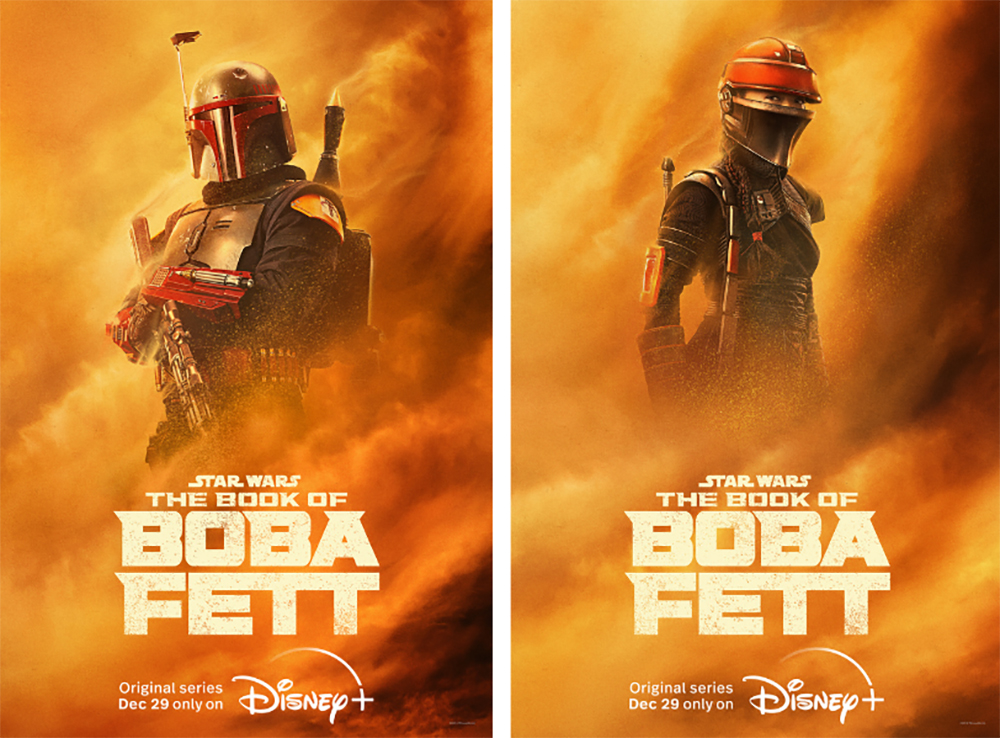 Disney+ recently released character posters of Boba Fett (played by Temuera Morrison) and Fennec Shand (Ming-Na Wen), and debuted an exciting TV spot for its new, live-action series from Lucasfilm, The Book of Boba Fett. The series will have seven weekly episodes, commencing December 29, exclusively on the streaming channel.

The Book of Boba Fett finds legendary bounty hunter Boba Fett and mercenary Fennec Shand navigating the galaxy’s underworld when they return to the sands of Tatooine to stake their claim on the territory once ruled by Jabba the Hutt and his crime syndicate. Jon Favreau, Dave Filoni, Robert Rodriguez, Kathleen Kennedy and Colin Wilson are the executive producers. Karen Gilchrist and Carrie Beck serve as co-executive producers, with John Bartnicki producing and John Hampian as co-producer.

On-demand streaming service Vudu is decking the halls with holiday favorites available to rent or buy. Spanning Christmas comedies, family-friendly classics and even seasonal romances, the animated highlights include Arthur Christmas (Bundle), The Nightmare Before Christmas and Rudolph the Red-Nosed Reindeer.

Indian kids’ channel Pogo (WarnerMedia) has launched a new Telugu language service, expanding the country’s premiere brand for home-grown animation throughout the southern states of Andhra Pradesh and Telangana. Families will get to enjoy cartoons such as Chhota Bheem, one of the channel’s most successful comedy series of recent times, Titoo – Har Jawaab Ka Sawal Hu and the Bollywood-inspired original Smashing Simmba. The highly-entertaining adventures of Bandhbudh aur Budbak will also now be available in Telugu, in addition to Tamil and Hindi.

ViacomCBS Networks International and Nordic Entertainment Group announced a partnership for a new Pluto TV service across Sweden, Denmark and Norway in 2022. The service combines ViacomCBS’ world-leading free ad-supported streaming TV (FAST) service with the biggest pan-Nordic AVOD platform Viafree. NENT Group will serve as the platform’s leading advertising sales partner. Following the launch of Pluto TV, Viafree will be phased out as a stand-alone platform. Pluto TV is available in 26 markets globally, including the U.S., Latin America and Europe.