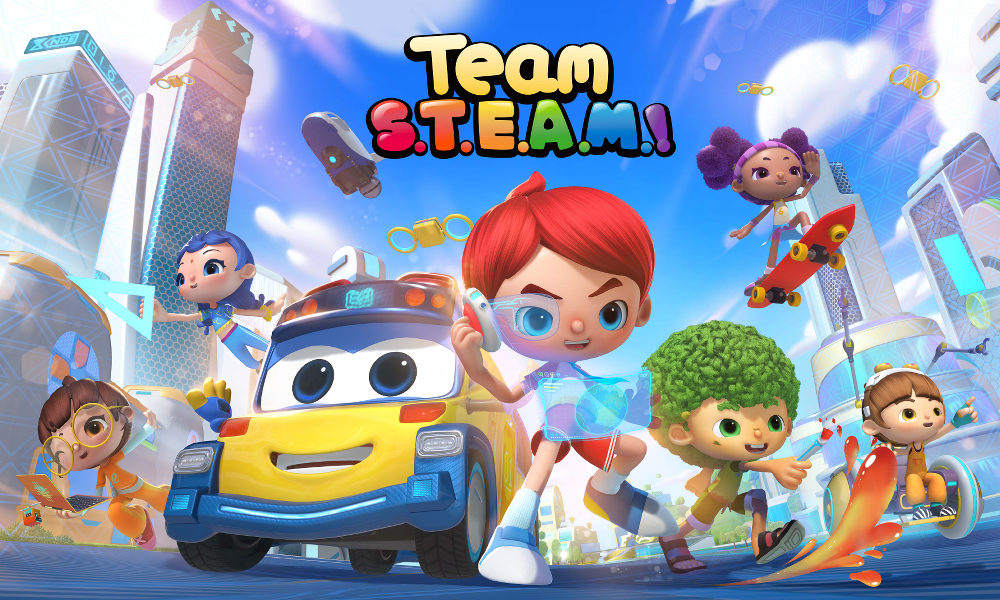 Winsing (GOGOBUS, GG Bond) is to launch Team S.T.E.A.M.! Season 3 on all major TV channels and streaming platforms across China on Sept.18. On the same day, Winsing will hold the New Toy Line Release Conference to exhibit the new toys and other products for the show. The English adaptation and dubbing for the program is currently underway, and will debut during MIPCOM/MIP Junior. (https://en.winsing.net)

In the new season, Team S.T.E.A.M.! will face a greater challenge. However, they never fear from the various troubles caused by robots, new inventions or even nature. To solve these problems, the kids utilize all kinds of knowledge, such as Science, Technology, Engineering, Math, Athletics and Arts, and show care for humanity as well as respect for nature. 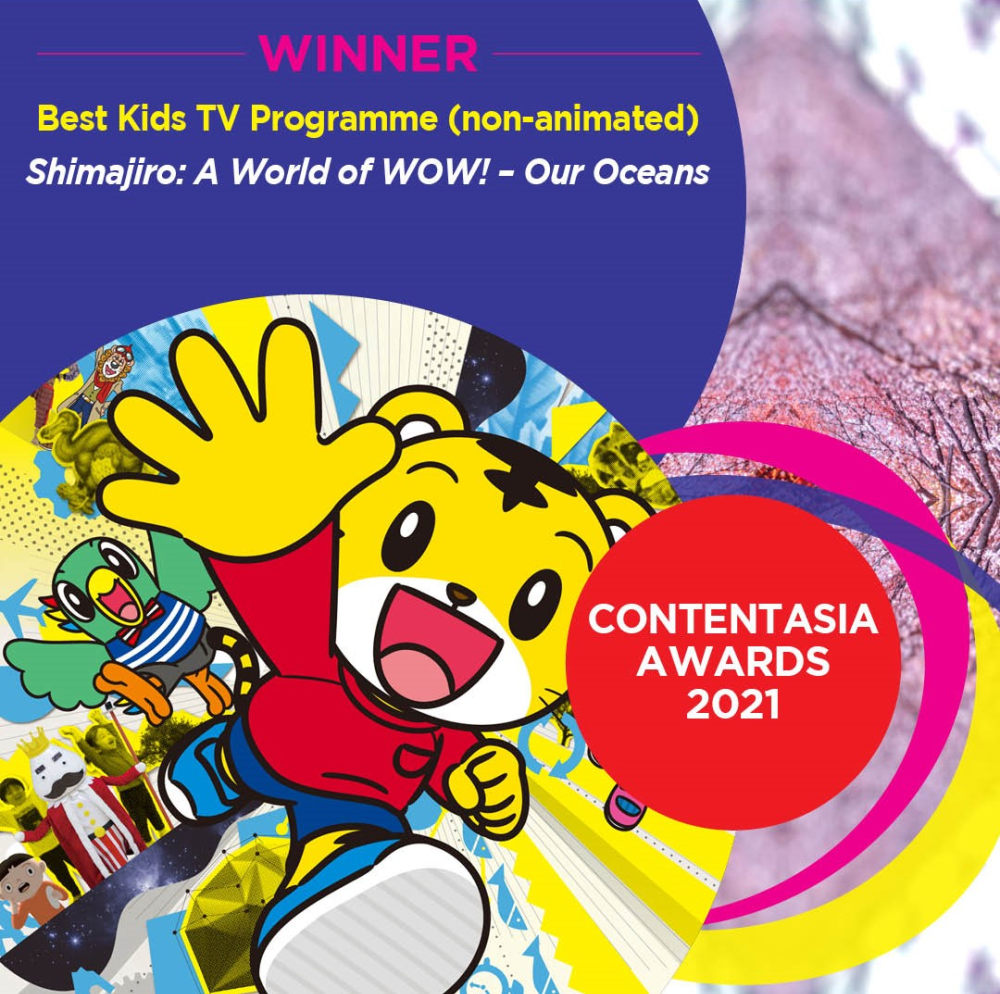 Shimajiro: A World of WOW!

Benesse Corporation, the Japanese education services company, and the name behind the enormously successful Kodomo Challenge preschool educational course and its star Shimajiro, announced that an episode of the long-running series Shimajiro: A World of WOW! has been honored at the 2021 ContentAsia Awards. The episode “Our Oceans” won the Best Kids TV Program (non-animated) category, a new category introduced this year to supplement the Best 2D Animated Kids TV Program and Best 3D Animated Kids TV Program categories. The episode was produced by Benesse Corporation with live-action production from DASH and animation production from Answer Studio. 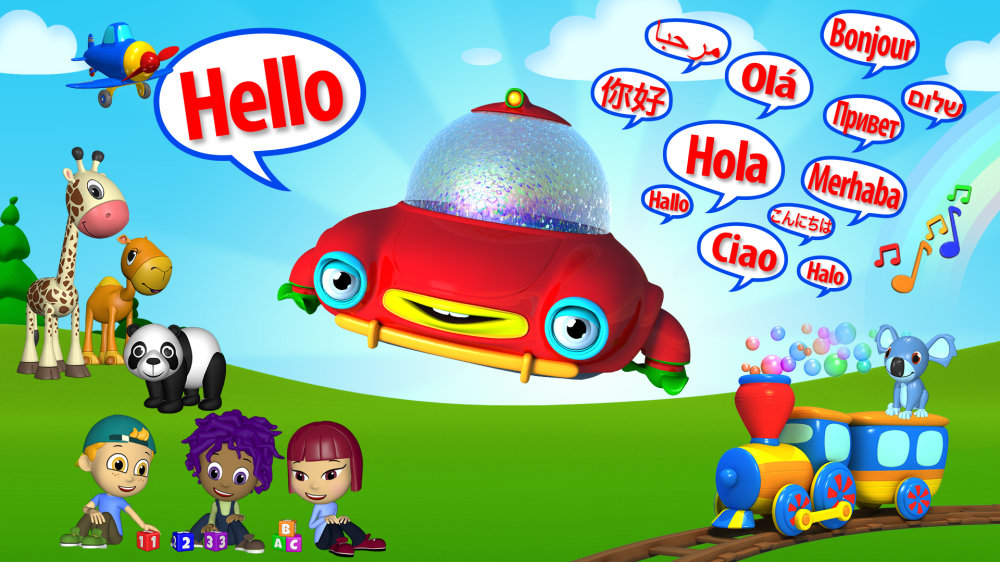 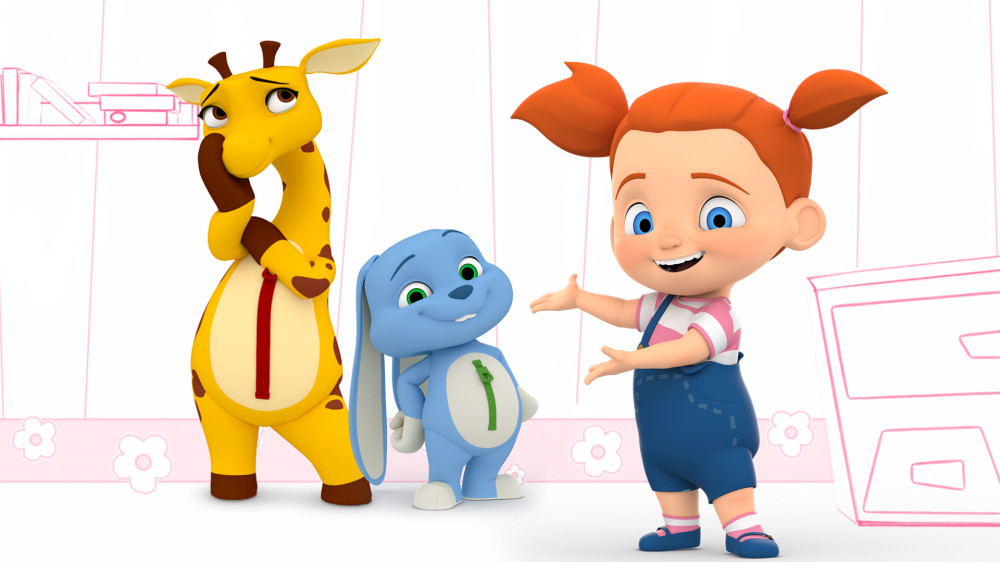 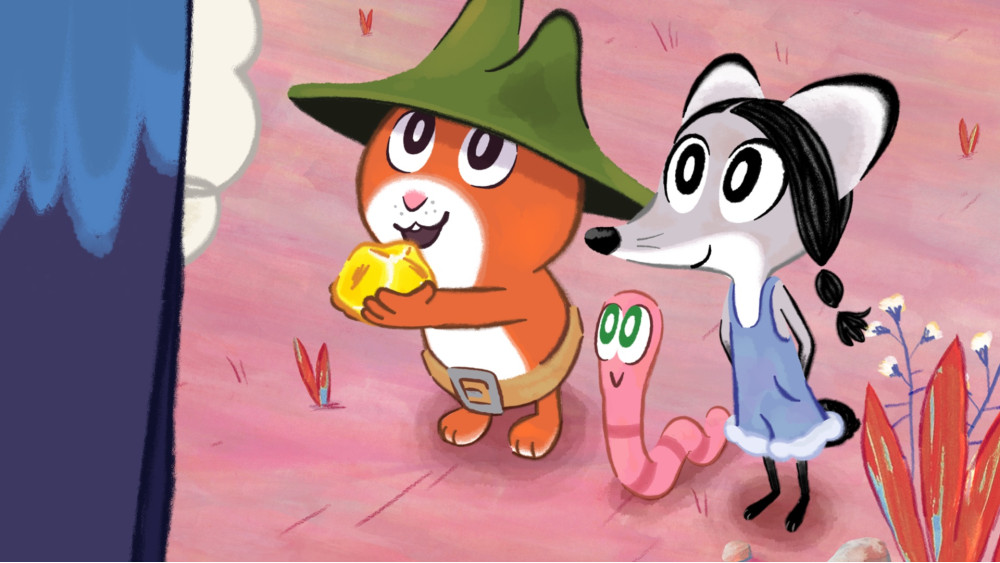 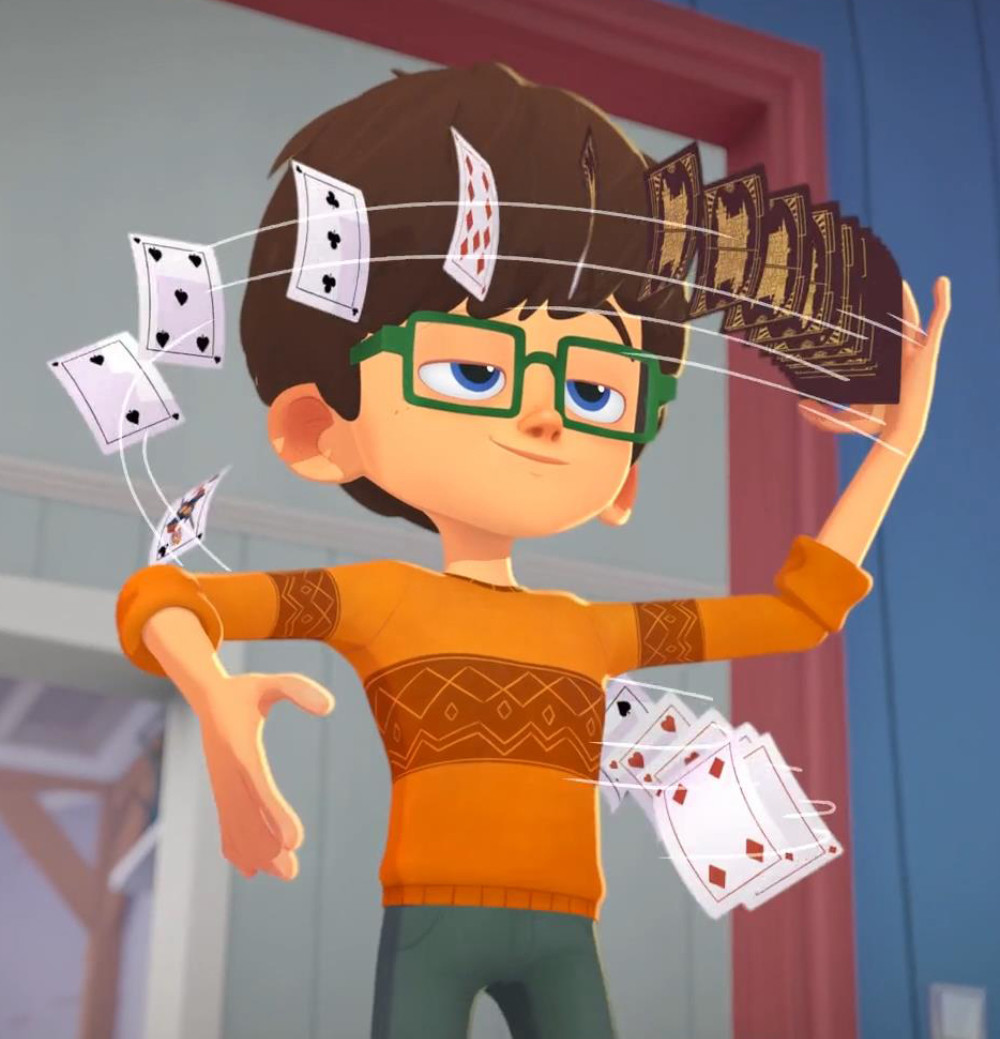 Kids content distributor Federation Kids & Family (part of Federation Entertainment) has struck a series of deals for Presto! School of Magic (52 x 11′). Based on StudioCanal’s theatrical hit The House of Magic,  the TeamTO-produced series (in association with La Compagnie Cinématographique, Panache Productions and Thuristar, in co-production with VRT-Ketnet) features a band of talented and curious kids who dream of becoming magicians. Broadcast partners for the production are M6 and Teletoon.

Presto! School of Magic, which was produced with M6 and TéléTOON+, and previously sold to RTBF and VRT (Belgium), has now been picked up by Discovery (Latin America), RTS (Switzerland), Showmax (English-speaking Africa), NRK (Norway) and Quebecor (French-speaking Canada).

Hoho Rights (Hoho Entertainment) is continuing the rapid digital growth of its preschool series Cloudbabies through a further raft of deals with leading providers. Created by award-winning art director Bridget Appleby, the 52 x 10′ series features the adventures of four toddlers whose job it is to look after the Sky and their Sky Friends. Following the recent launch of the new Spanish-language YouTube channel, Cielitos, leading European entertainment outfit Planeta Junior will be showing Cloudbabies on its VOD and OTT services in Spain. Meanwhile, the content will also be launched on children’s VOD channel, El Patio, available on the TV Player video platform owned and operated by The Alchimie company. Future Today has also acquired Cielitos for its dedicated global kids’ channel HappyKids, a top 10 ranked free kids app.

Hoho Rights has also signed a new distribution agreement in China with Beijing Joy Culture Media. BJCM, the exclusive agent for Kid-E-Cats and Sunny Bunnies, will be concentrating specifically on digital distribution with a view to launching consumer products via their own E Commerce sites next year. 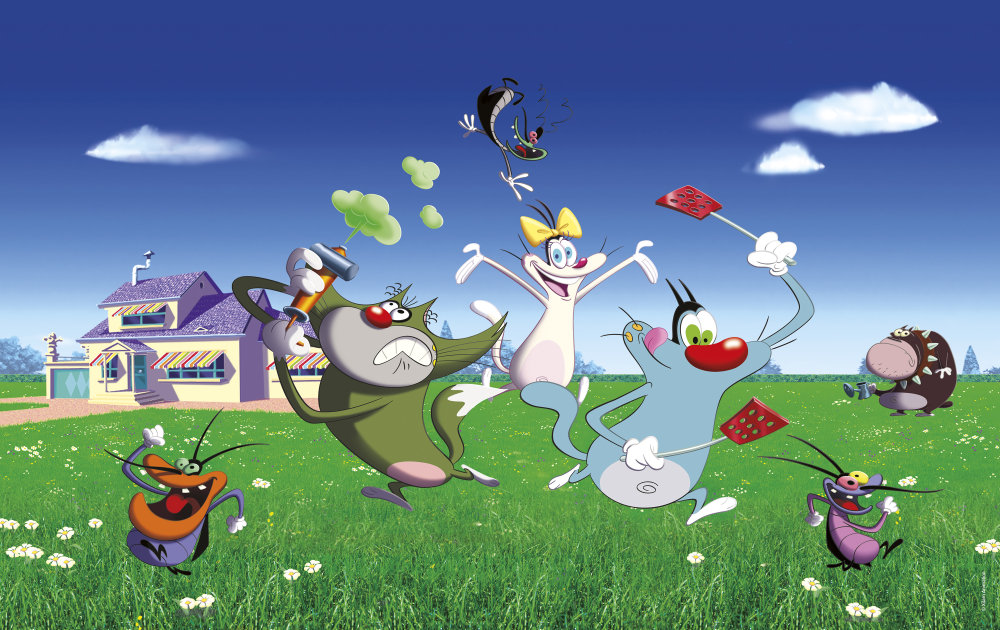 Oggy and the Cockroaches will be the biggest launch in the second half of the year for Sony YAY! and the channel is planning an exhaustive 360-degree campaign to support its announcement. In the new normal, kids have moved to newer platforms and mediums of Xilam Animation engagement and the channel aims to reach out to them strategically through all relevant touchpoints. In India, Oggy and the Cockroaches continues to celebrate strong success on YouTube with its dedicated local channel achieving 200 million monthly views and 4.4 billion lifetime views. 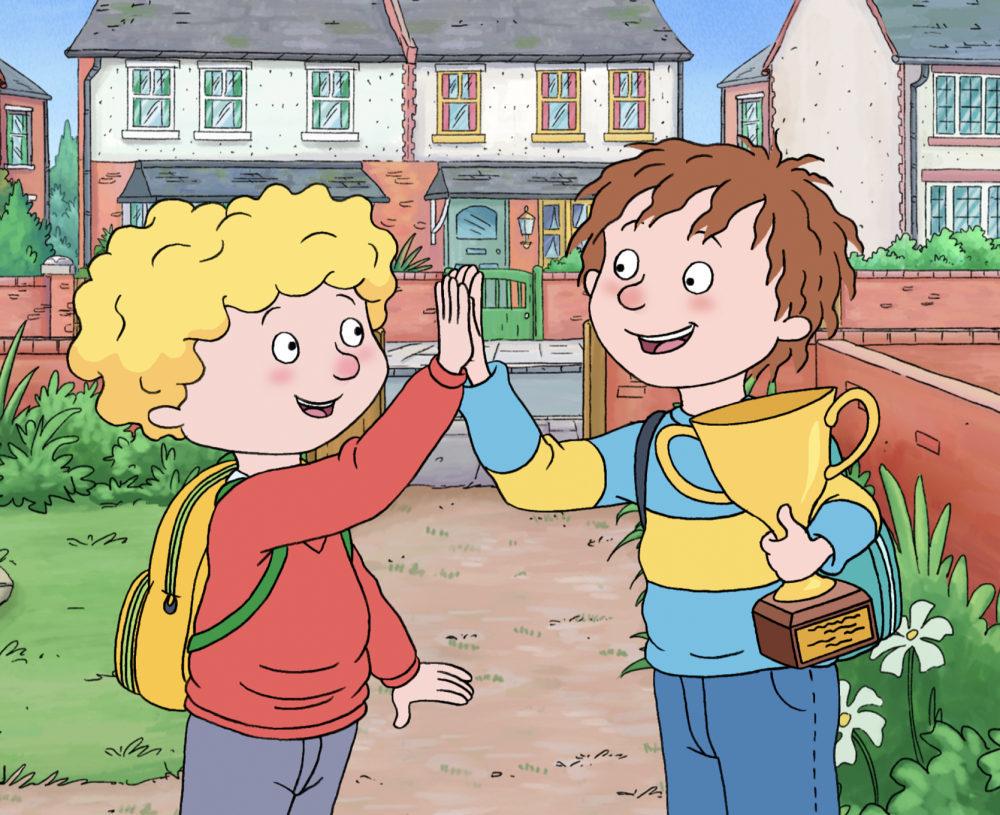