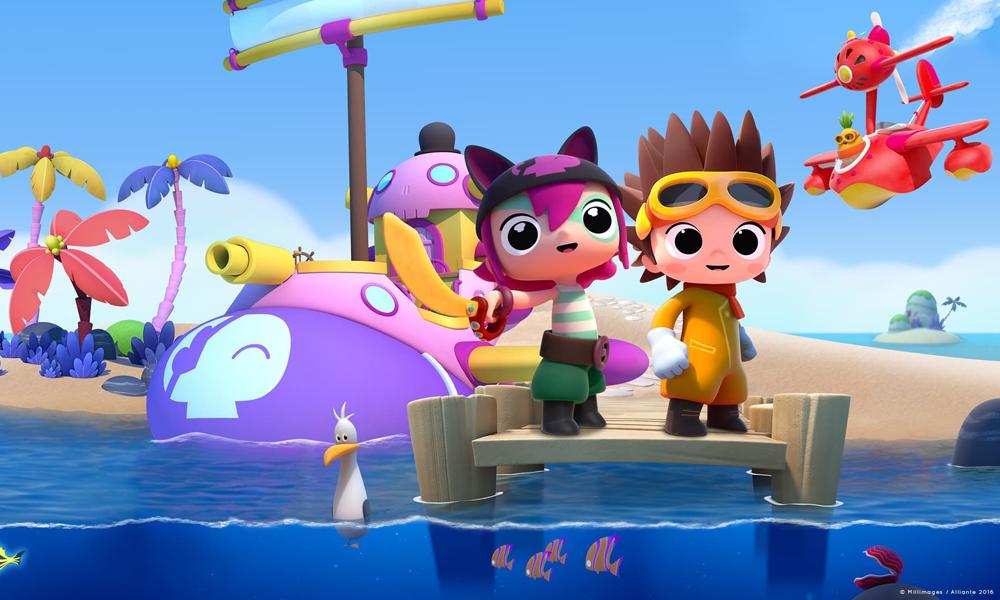 French animation studio Millimages is marking the launch of MIP CANCUN Online next week by celebrating a flurry of deals for its popular animated series across the Latin American region. 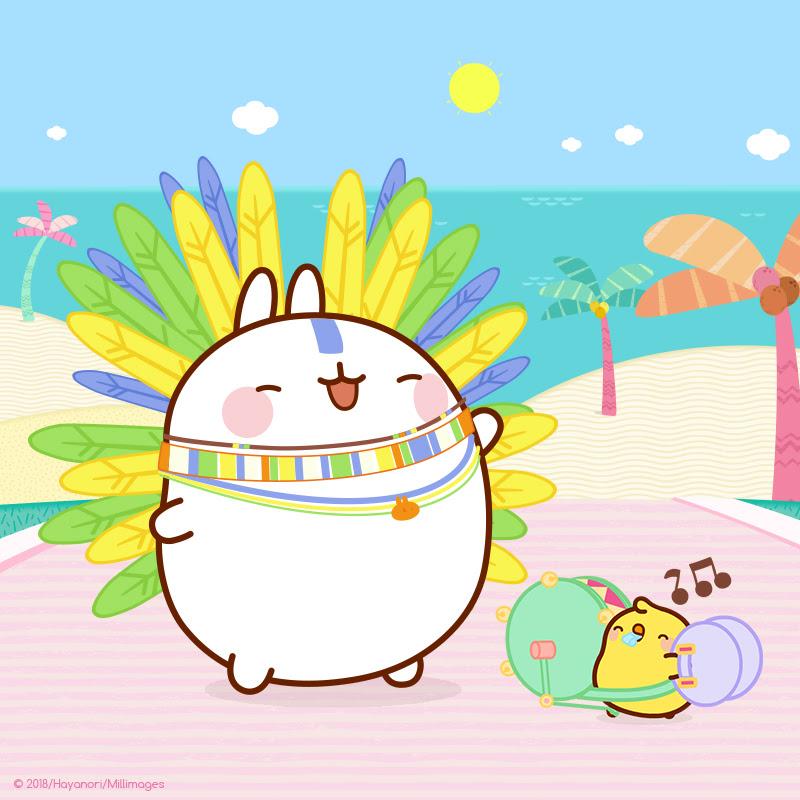 In Mexico, Molang Seasons 1 and 2 launched on TV Azteca in August 2020, to be followed by the launch of Season 3 in Q1 2021. A partnership with the Métro de México and ISA TV is bringing the series to Mexico City metro’s platform screens for Halloween (October 2020) and Christmas (December 2020) campaigns. The sweet bunny became an educational ambassador for COVID-19 in partnership with the Sistema de Transporte Colectivo, appearing in metro videos. In partnership with the Conseja de la Comunicación, Molang served as the face of their COVID-19 campaign aimed at educating citizens on how to wear a mask. Stationery licensee Dipak will create Molang 2021 calendars and agendas, to be released December 2020. New licensee Union Kids is creating a SS/2021 children’s apparel collection to be sold in retailers Walmart, Grupo Control and Soriana. 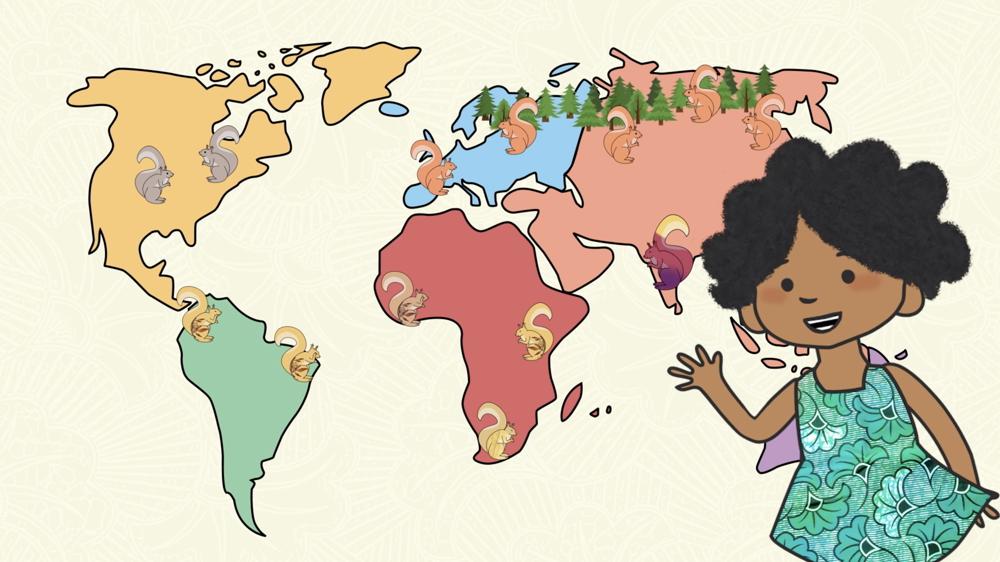 Superights has announced a number of sales for hybrid edutainment program Koumi’s Animated Picture Book (52 x 5′) from French producer Le Regard Sonore. Blending 2D animation and live-action footage, the series follows Koumi as she observes the animals in her picture book and invites young viewers on interactive journeys across all continents to meet these fascinating creatures.

Originally broadcast on Piwi+ and TV5Monde, the engaging series has already attracted the interest of various international channels and platforms such as: ABC Commercial Group in Australia, the public channels LTV in Latvia and RTVS in Slovenia, the pay channel HOP! in Israel, as well as the VOD Now TV platform in Hong Kong. 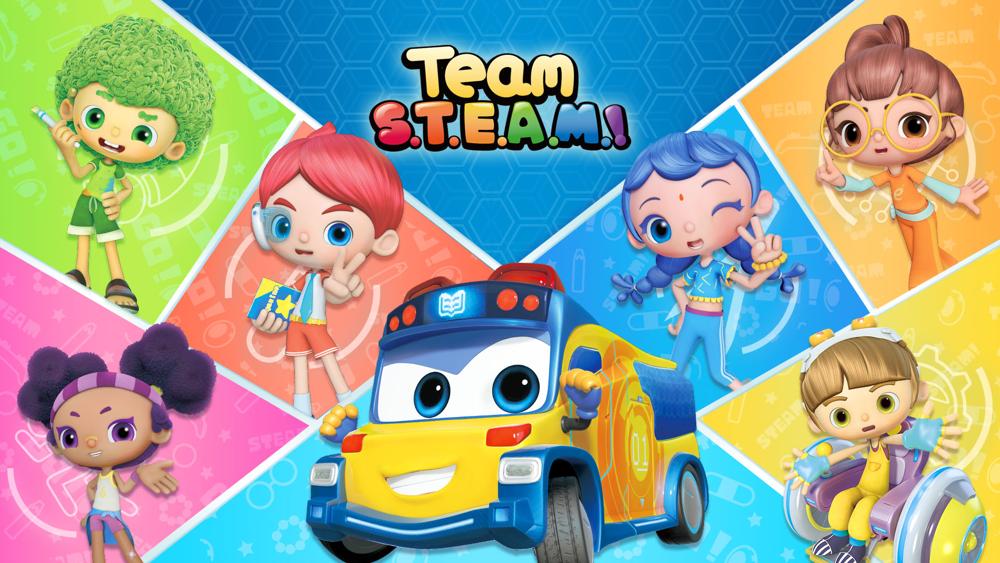 Winsing Animation will be promoting its hit shows and new properties at MIP CANCUN Online+ from November 2-16 and ACE Fair from November 4-20 this year. Out of a varied and exciting selection of properties on show, Winsing will be highlighting established hit GG Bond and GOGOBUS, along with new title Team S.T.E.A.M.!

Team S.T.E.A.M.! is an upbeat series filled with high adventure, humor and heart, which is made up of six amazing kids who overcome problems using STEAM curriculum such as Science, Technology, Engineering, Math, with Athletics and the Arts thrown in for good measure. Audiences all around the globe will enjoy seeing themselves reflected in the diverse group of characters, who come from countries such as China, Ireland, Columbia, Jamaica, Korea and India. Team S.T.E.A.M.! was pitched by France MIP Junior 2019, as one of the five pitched animation projects and the only one amid China projects. The first season premiered in China on October 26 and it is looking for international distributors. 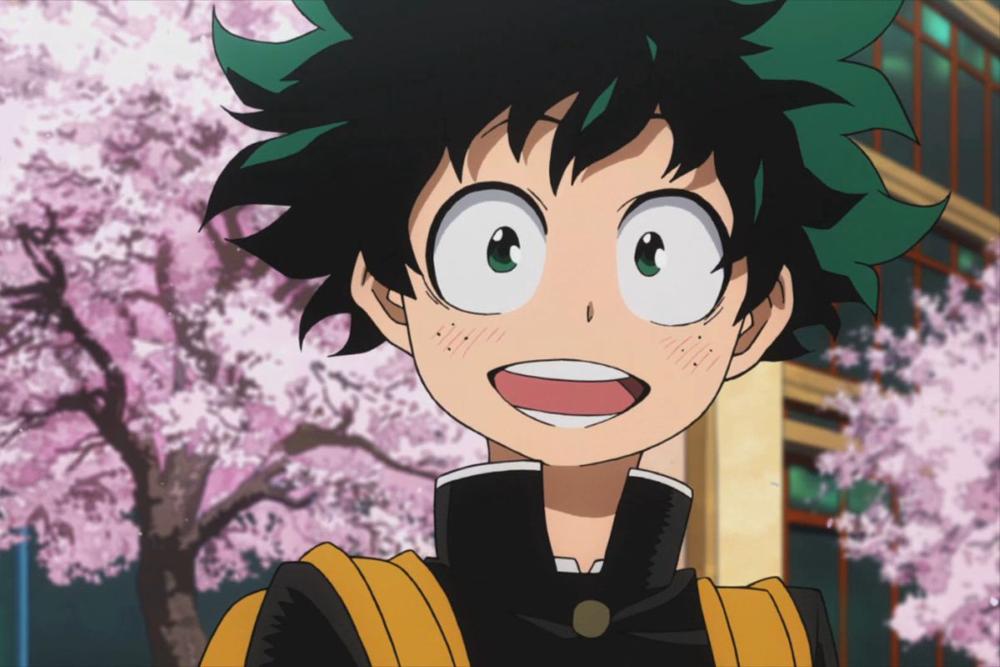 Funimation, the leading global anime content provider, is available to stream as an app on both the Xbox Series X and Xbox Series S, which launched Monday, November 10. The Funimation app will be available in the United States, Canada, the United Kingdom, Ireland, Australia and New Zealand. Funimation previously confirmed its streaming app will be available on the PlayStation 5, launching November 12 in North America and November 19 in the U.K. and Ireland. Fan favorites from Funimation include My Hero Academia, Attack on Titan and Demon Slayer: Kimetsu no Yaiba. 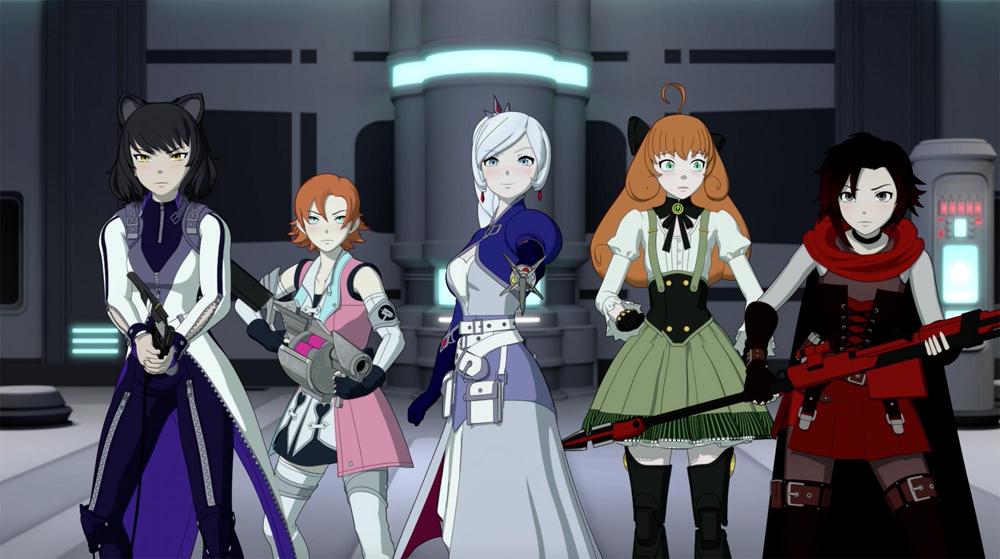 WarnerMedia’s pioneering entertainment and media company Rooster Teeth has launched on Roku and Amazon Fire TV, and updated Xbox One and Apple TV apps. Fans can now experience all of Rooster Teeth’s gaming and animation videos from their living rooms. All four apps will include new features like RTTV, the home for Rooster Teeth’s daily live streams, and a “My Library” feature that lets users save a “watch later” list and playlists. The brand recently launched the highly anticipated latest installments of two popular animated programs:

Two animated features from Riki Group‘s The Fixies franchise, The Fixies: Top Secret and Fixies vs. Grabots, will soon be available to stream on AVOD Tubi TV, ViacomCBS’ Pluto TV and Roku TV, bolstering the projects’ footprint across the U.K. and U.S. The deal was secured through Riki’s partnership with Janson Media. Both features were previously picked up for TV release by Polsat (Poland) and Gloob (Brazil), and have been shown theatrically in Latin America, Spain, Germany, South Korea, Middle East, Turkey, Baltic States, Bulgaria and Serbia. International sales are handled by Central Partnership (part of Gazprom Media Holding).

The Fixies is about tiny human-like creatures who keep our technological world running smoothly. The TV rights for the series have been sold to more than 80 countries. Tencent Video who had a great success with the brand in China previously now invests in the production of the fourth season of the series. The first 18 episodes of the new season will be produced by December 2020 and the full season should be delivered by June 2022, to be released simultaneously in Russia and China. In addition, Tencent commissioned Hebei TV to create a new TV sci-fi game show for kids: FixieLab. 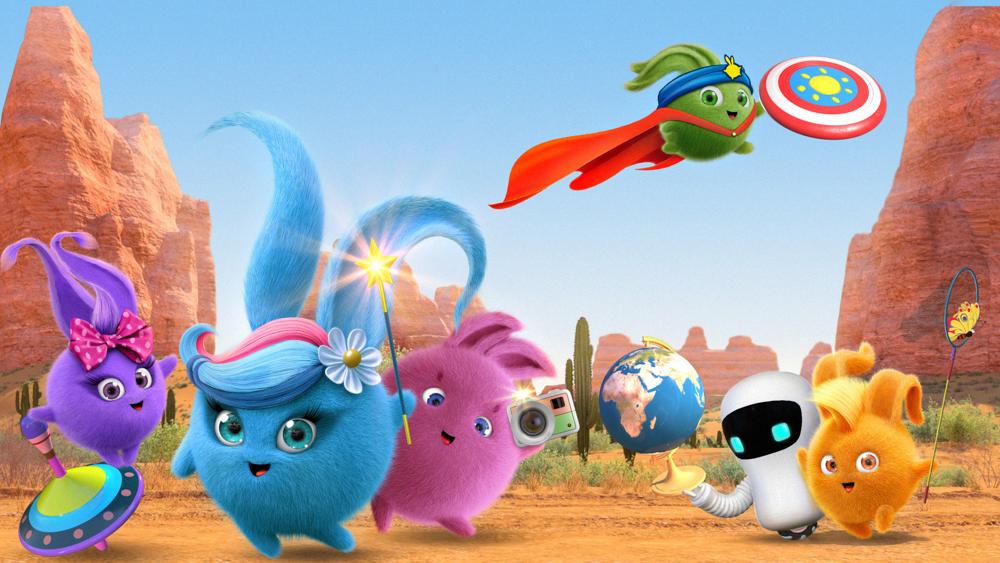 Media I.M. Incorporated has signed three U.K. broadcast deals for its global preschool phenomenon Sunny Bunnies. In line with a successful toy launch, further commitment to the feature plush merchandise created by toy manufacturer Posh Paws has been secured at major U.K. supermarket chains, department stores and online retailers through 2021 such as Argos, Tesco, Amazon and other independent toy retailers. This latest round of sales follows two landmark deals in late July, which launched Sunny Bunnies into several new Asian territories, as well as on to one of China’s biggest VOD platforms. 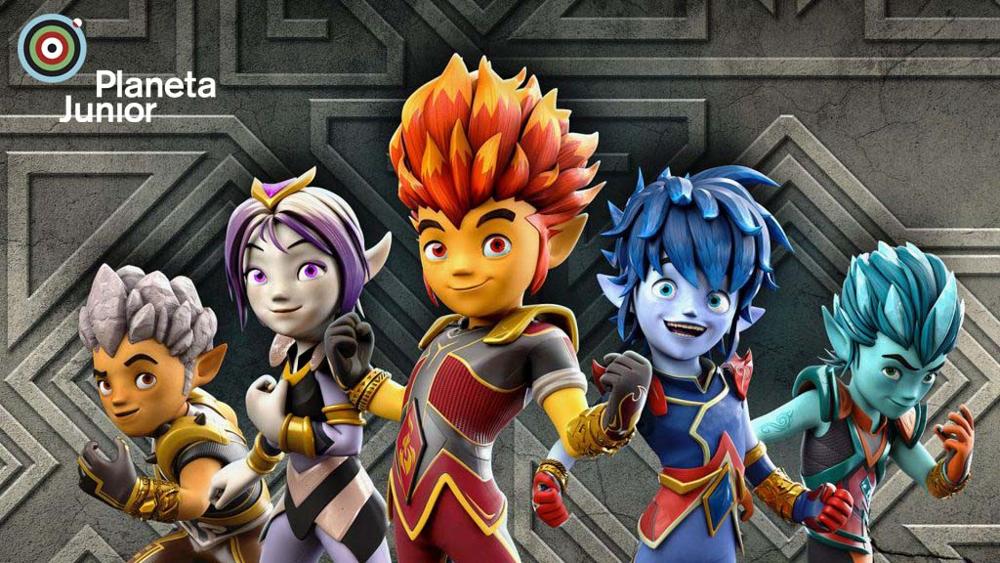 Planeta Junior‘s Gormiti (78 x 11′) continues to expand across the globe. Coproduced by Giochi Preziosi, Planeta Junior and Kotoc animation studio, this animated series has already been translated into 16 languages and broadcast in over 25 countries.

In December, the series will become available in Canada and the U.S. on Roku, America’s #1 TV streaming service, and in Southeast Asia on PowerKids TV, the second most viewed kids entertainment and animation channel in India with over 11.4 million subscribers and over 300 million monthly views. Planeta Junior chose these streaming platforms to expand Gormiti in the U.S. and Latin America in response to growing child consumption of digital content in America. Nielsen Streaming Media data shows this increased 23% following the pandemic.

In September, the third season of Gormiti launched on Rai Yoyo and Rai Gulp in Italy, where it was warmly welcomed by transalpine audiences. This latest season was also acquired for Poland by TVP, and numerous other TV channels have expressed an interest in following suit. 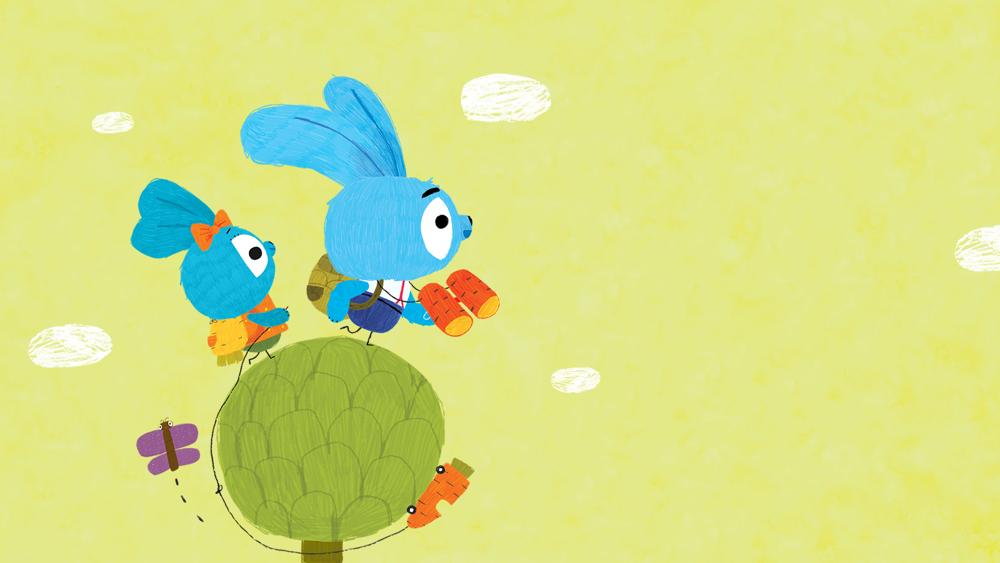 Brave Bunnies follows a family of courageous and curious Bunnies as they seek adventure and exploration, travelling on the Bunny Bus. Every episode in the series, directed by Tim Fehrenbach, starts with a Bunny Bus-ride. On each stop, brother and sister Bunnies, Bop and Boo discover different animals, creating new games to help build new friendships. The series shows children the diversity of the world, encouraging viewers to accept differences, no matter how big or small. Brave Bunnies is due to launch in winter 2020. 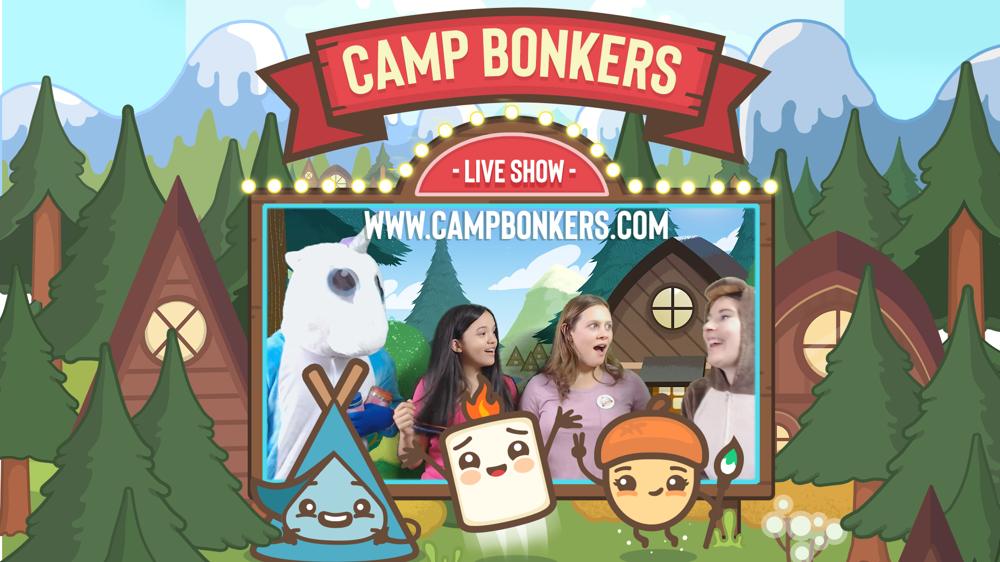 Camp Bonkers, the YouTube-based summer camp variety series developed by Wind Sun Sky (Angry Birds, Star Wars: Clone Wars, Super Dinosaur) is expanding its reach through a partnership with Toon-A-Vision, a TV broadcast network specifically for kids with services in over 4M homes across Canada. On the heels of unlocking 1 million YouTube views, Camp Bonkers will premiere on the network the first week in December 2020, airing Mondays, Wednesdays and Fridays.

Camp Bonkers is an activity-based show that encourages kids to hang out with friends, play games, go on adventures, sing songs, make fun food, conduct cool science experiments and so much more, all from the comfort of their own home! Content is led by the camp counselors, as well as a group of special guests including Sparkles and Beaver and Scribbles the Cat.