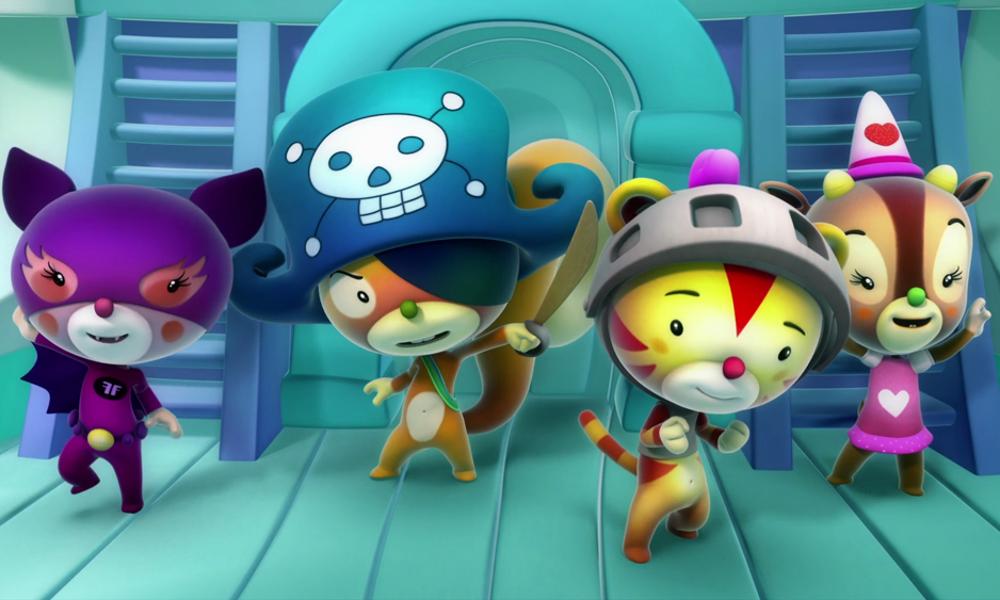 Percy’s Tiger Tales follows the adventures of Percy, Sissibelle, Flap-Flap and Tatou. The four friends each live in different imaginary worlds, and they invite each other to visit their unique locations. Thus, the valiant knight may encounter the clever fairy, the mysterious masked avenger or a not-so-fierce pirate… Already, the two seasons have been eagerly acquired by numerous broadcasters such as Netflix (France, Belgium, Luxembourg), Nick Junior (Australia), YLE (Finland), TV5 Monde, TVA (Canada), KiKa (Germany), Hop Channel (Israel) and others. 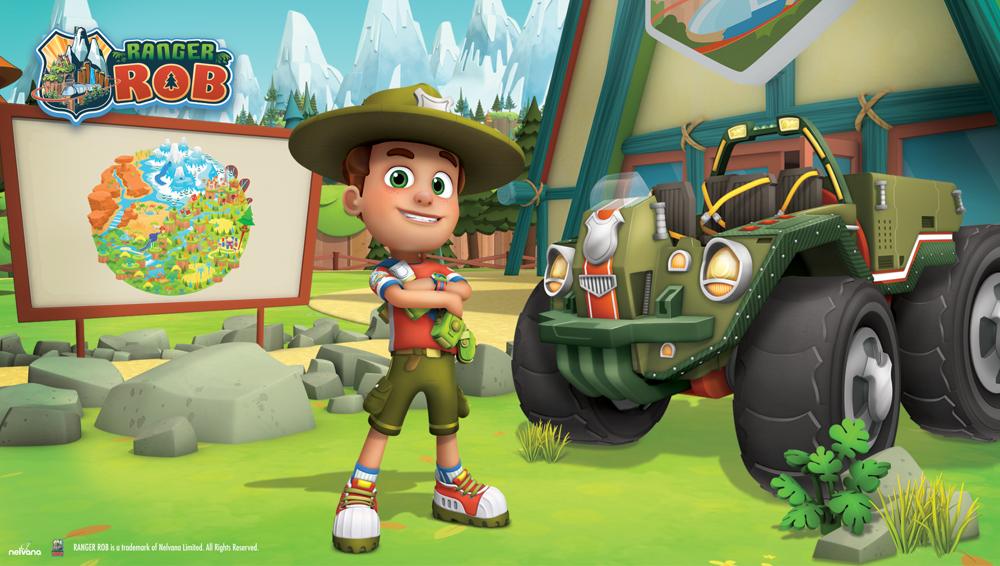 Nelvana has appointed Charlotte, NC-based Blue Socks Media as its distribution partner in the continental African territory. Known for its global distribution and licensing success for the early childhood TV franchise, Raggs, Blue Socks Media will be responsible for the distribution of Nelvana’s extensive catalogue of more than 4,400 episodes.

As part of the new partnership, Blue Socks Media will secure broadcast partners for Nelvana’s premium content in the African territory, including its beloved, award-winning series Babar, Franklin and Max & Ruby, in addition to newer series Ranger Rob, The Dog & Pony Show, Agent Binky: Pets of the Universe, Bakugan and many more. 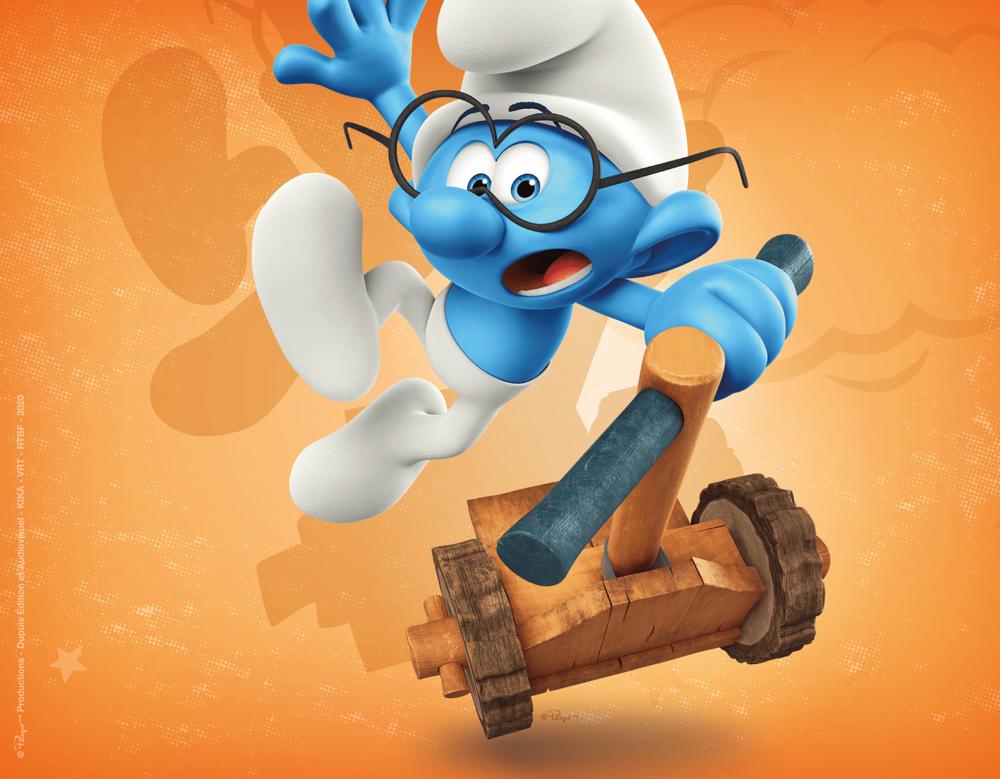 Rai Ragazzi has teamed up with IMPS to bring the new CGI Smurfs series (52 x 11′) produced by Peyo Productions and Dupuis Audiovisuel to Italian youngsters. The popular characters created by Peyo will air on Italian preschool channel Rai Yoyo in early 2022. After 40 years from the first TV appearance, this new series will reintroduce Papa Smurf, Smurfette and all the other inhabitants of the mushroom-shaped houses, staying true to the original comics (1958) while mixing in faster pacing, explosive adventure and humor for today’s viewers. William Renaud (Calimero) is directing, writers are Peter Saisselin and Amy Serafin (ALVINNN!!! and the Chipmunks). 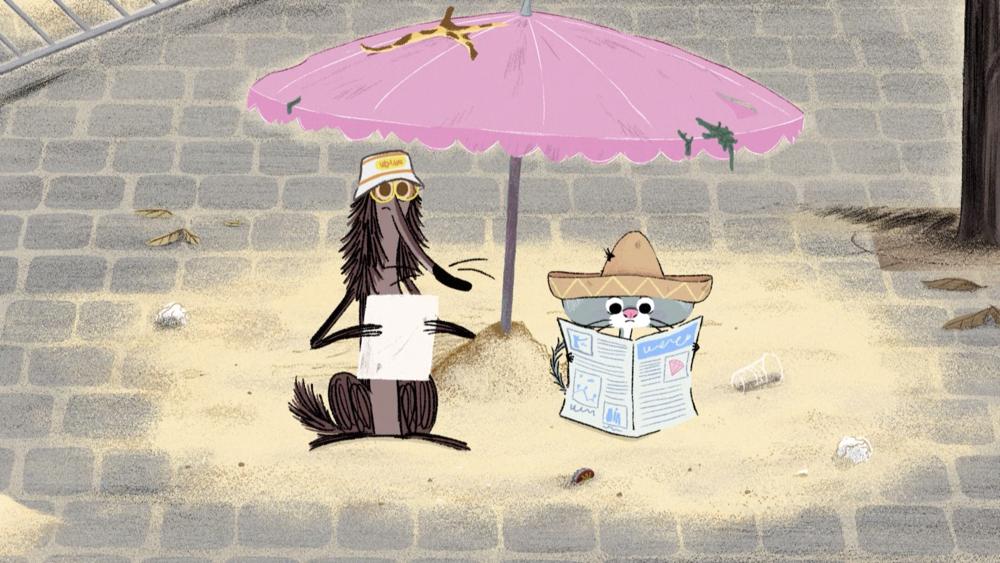 Commissioned by France Televisions and currently airing on Okoo, with an air date set for July 2021 on OCS, Stinky Dog is an irresistible slapstick series targeted at kids 6-10. Based on the famous books written by Colas Gutman, illustrated by Marc Boutavant and published by l’ecole des loisirs, the series is co-produced by French companies Dandelooo and Folivari, Belgian production company Panique! and Catalan animation studio Pikkukala. 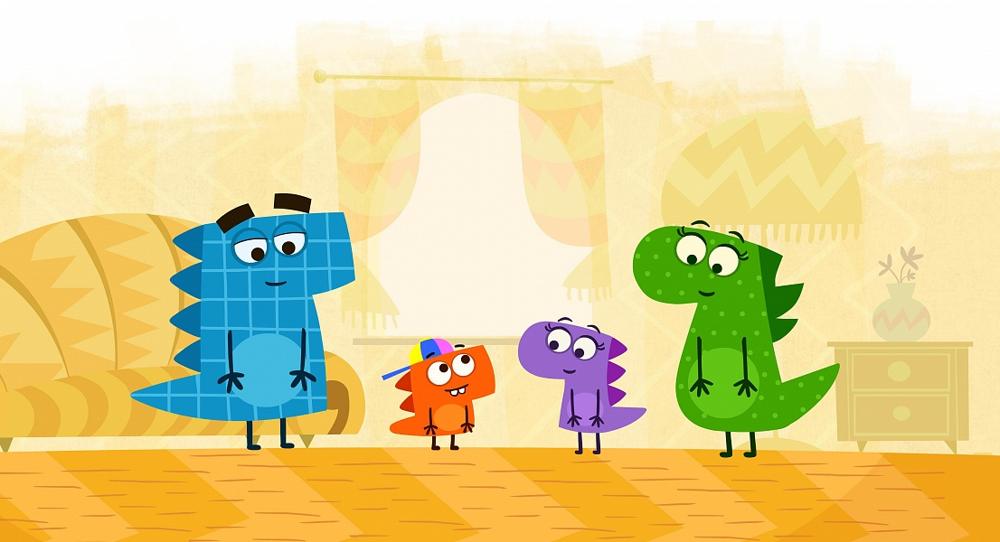 Riki Group pulled off a big raft of deals over the recent MIPCOM market. Hopster picked up SVOD rights to The Fixies in English worldwide. The series agent PlayBig also secured a deal with P1KFILM, and new episodes will air and stream on Astro in Malaysia and Brunei.

ToonAVision was appointed distributor for Kikoriki and PinCode in Canada (free TV, pay TV, VOD). Riki also tapped GHI Media to broadcast PinCode in Israel, offering the first season in Hebrew. Both Kikoriki and PinCode will also air for Arabic audiences worldwide through the Noorplay platform. And Yeah1 Group Corp. snagged exclusive AVOD rights for both series for its English and German YouTube channels around the world. 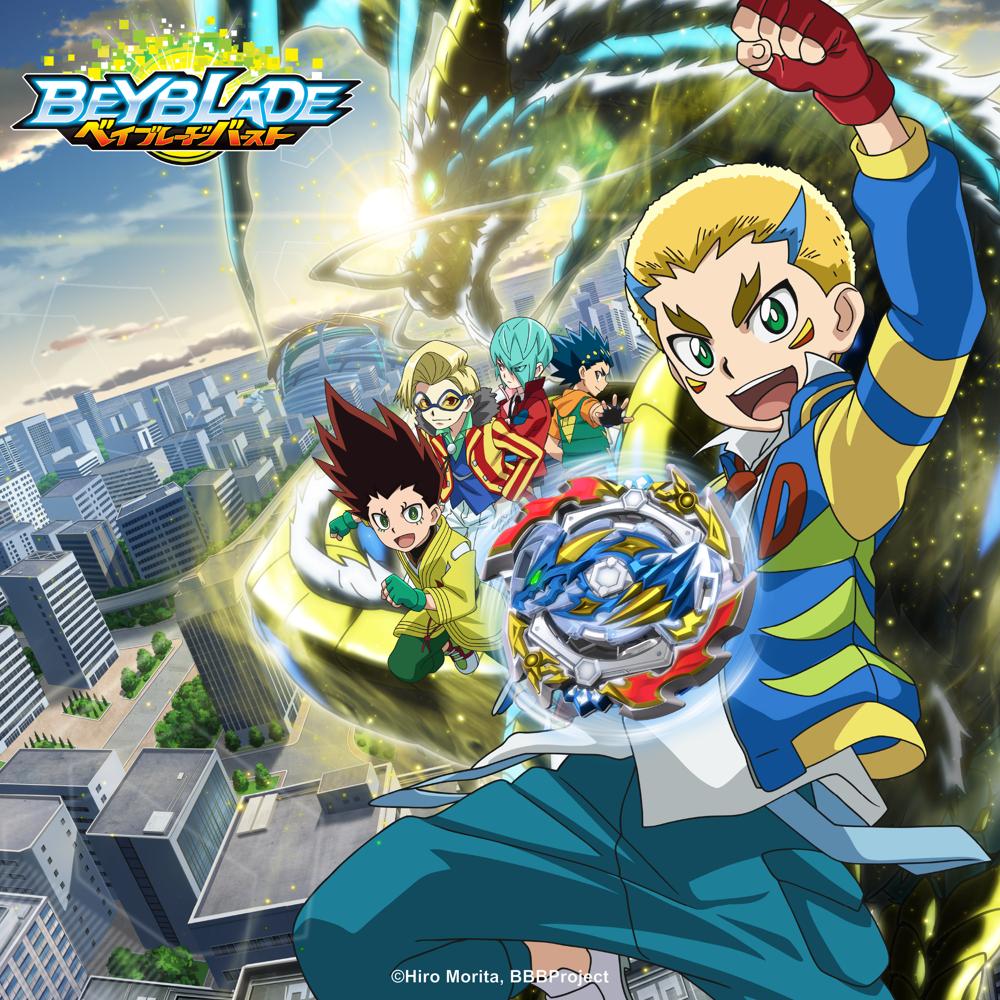 Beyblade Burst is based on the Shogakukan manga series and Takra Tomy spinning top toy line, and follows Valt Aoi as he and his Beyblade Valtryek faces off against friends, classmates and rivals to work his way up and become the world’s number one Blader. The series has been airing since July 2020 on Mediacorp Suria in Singapore. It will be launched on Malaysian National Television (RTM TV2) in the 6.30 p.m. slot every Saturday and Sunday, starting from November 6 as well as in Indonesia on Q1 2021. ADK Emotions Inc. continues to handle the pay TV right on Disney XD Asia directly 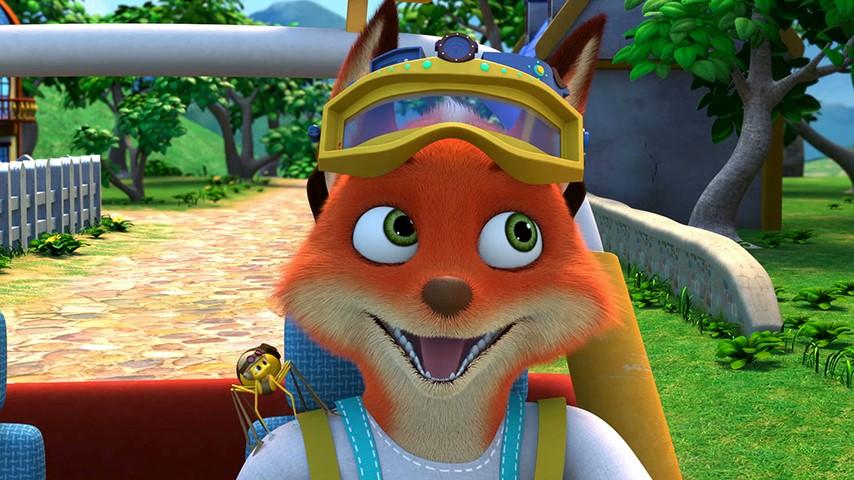 Mondo TV Iberoamerica has sold two toons to pubcaster Señal Colombia: The first season of new comedy-adventure Invention Story (3D CGI HD, 52 x 11′) and the swashbuckling series The Treasure Island. The deal gives Señal exclusive rights to broadcast both shows in Colombia for the next two years with the right of retransmission on regional public channels. Both shows will broadcast starting from the end of 2020. 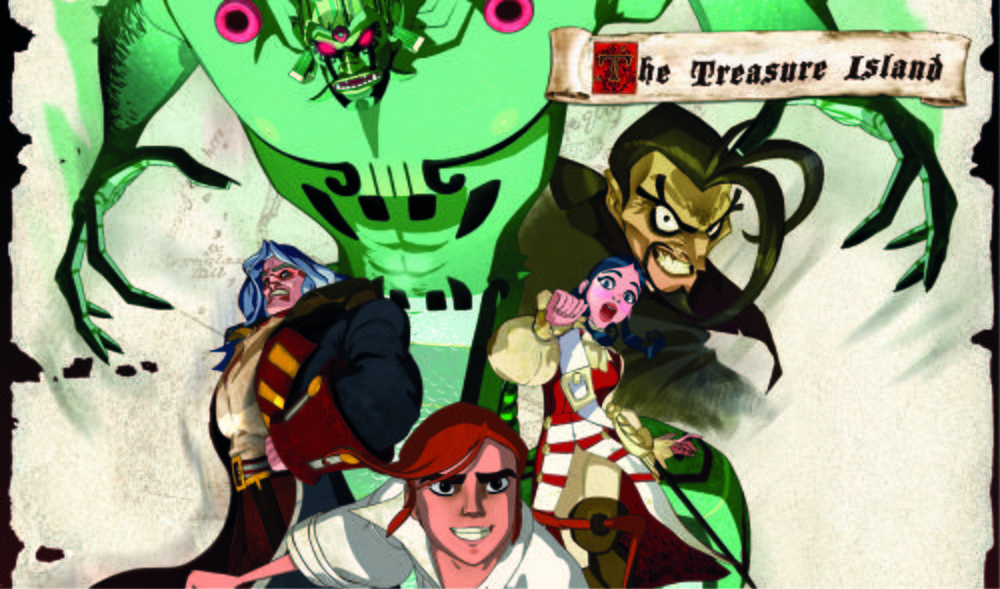