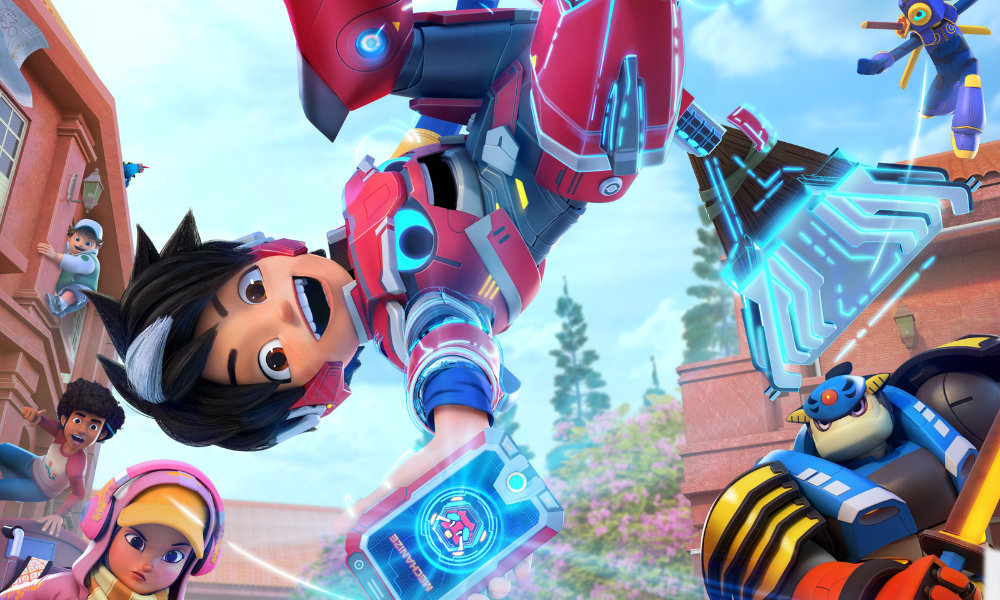 Monsta’s highly anticipated animated series Mechamato is set to launch on WarnerMedia’s Cartoon Network (Asia Pacific) on December 4 in Southeast Asia, Hong Kong, Taiwan, Australia and New Zealand, followed by South Korea Dec. 11 and Japan in March 2022. A sneak peek episode from the series will be aired especially for Cartoon Network subscribers on Nov. 6. At the recent Kre8tif! 2021 Virtual Conference hosted by MDEC, Monsta CCO Anas Abdul Aziz revealed the official poster, release dates and (joined by characters Amato and MechaBot) revealed the opening theme songs to the audience, produced in-house and recorded by singer Nil Cardoso in the U.S.

Mechamato follows the adventures of a young boy named Amato who inadvertently becomes the master of MechaBot, a robot with the power to mechanize any everyday object into high-tech devices. Together they can combine into the hero Mechamato in order to defeat and capture bad robots before they can cause more chaos in the city. Mechamato is now open for pre-sales, and several different rights such as VOD, OTT and Free TV are still available for broadcasters and content platforms. Jetpack Distribution is the series’ worldwide distributor outside of Asia Pacific territory. 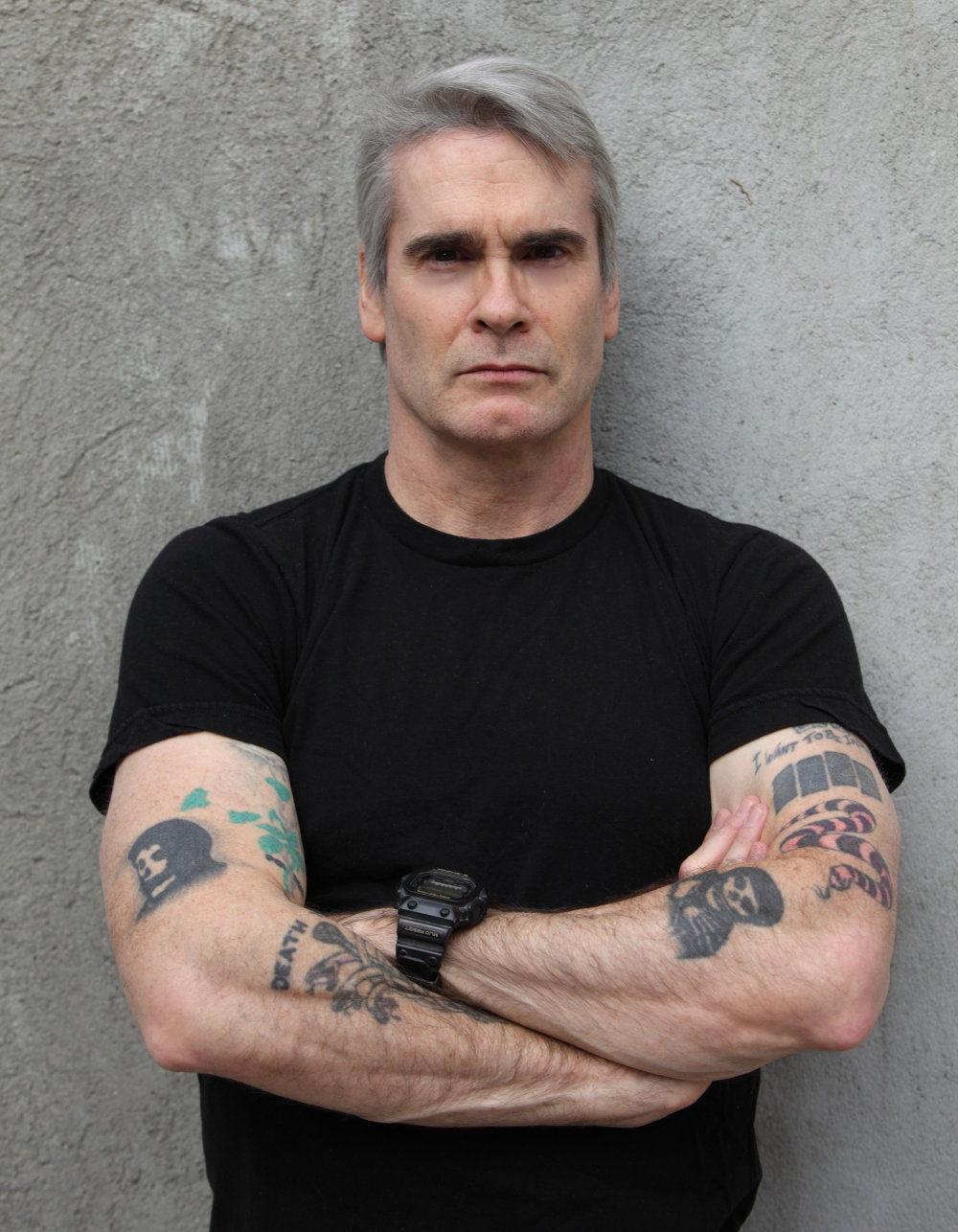 Punk rock icon, poet and actor Henry Rollins has joined the cast of the sci-fi animation series NEW-GEN, currently in pre-production. Rollins will play the villains, Deadalus, joining previously announced voice stars including Lena Headey, Luke Wilson, Finn Wolfhard, Nick Wolfhard and Anya Cholatra. NEW-GEN is being produced by J.D. and Chris Matonti and Julia Coppola of A.P.N.G. Enterprises, based on the superhero comic book series distributed by Marvel Comics, and is planned as a multi-platform, multi-tech experience spanning AR and web-based experiences in addition to the animated series.

Rollins currently hosts a weekly radio show on L.A.’s NPR affiliate KCRW. In 2013, after previously anchoring shows for IFC and National Geographic, he joined the History Channel’s H2 network as host of the TV show 10 Things You Don’t Know About. In 2014, Rollins received the prestigious Ray Bradbury Creativity Award in recognition for his lifelong contribution to the arts, his passion for social activism, as well as his intense passion for the importance of maintaining books and libraries.  His acting credits include the animated Masters of the Universe and the acclaimed series Sons of Anarchy. He is represented by CAA. 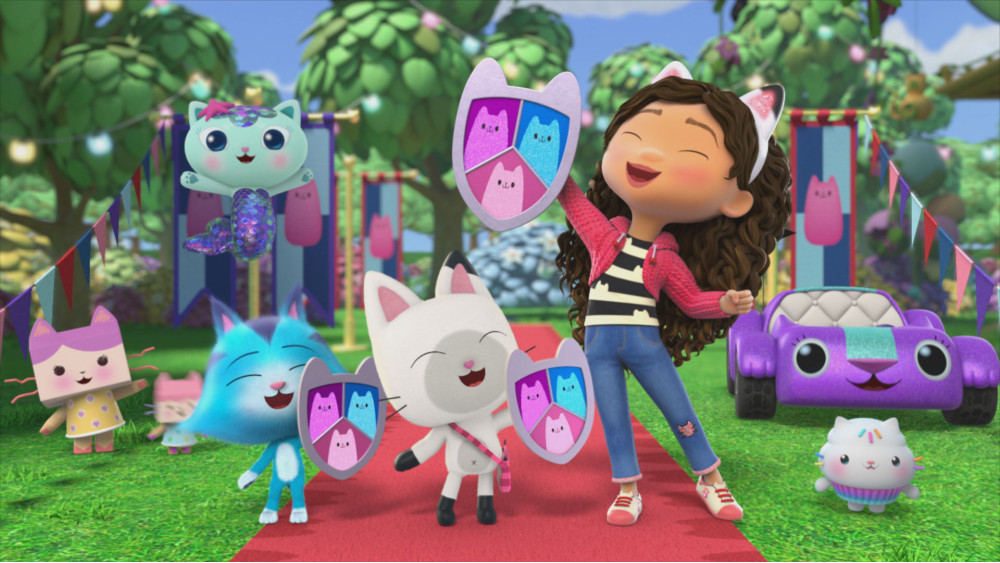 From DreamWorks Animation, Gabby’s Dollhouse is back with a brand new third season to entertain it’s loyal, paw-some fans, debuting on Netflix on October 19. Gabby and her feline friends will tackle creative thinking and imaginative problem-solving in seven all new exciting adventures: The friends will check-in at The Dollhouse Hotel, become medieval knights-in-training, visit the wild west, and even find a way for a plain old banana to turn a rainy day into a magical one! 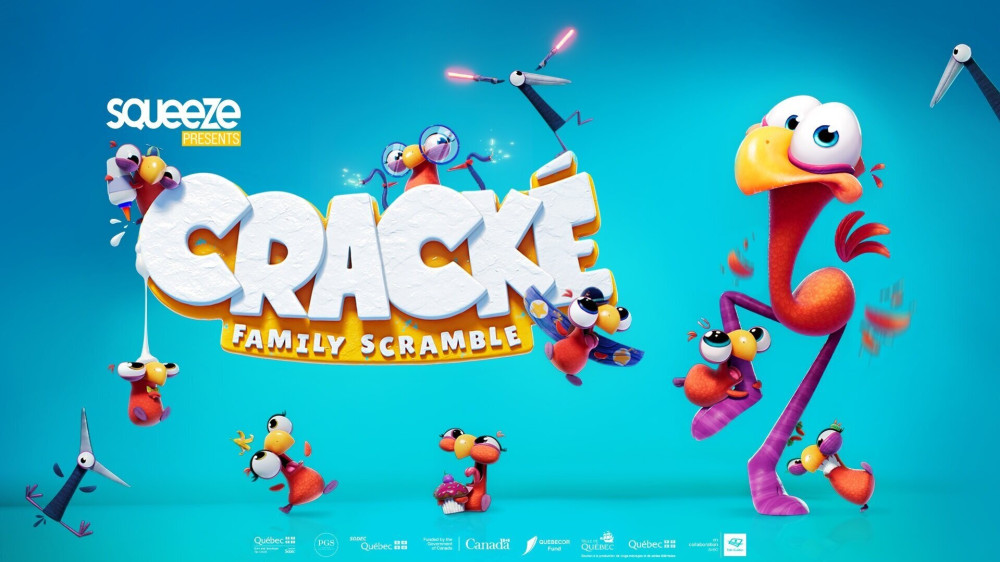 After winning over millions of fans around the world, on TV and on the web, Quebec-based studio Squeeze has announced a second season of Cracké, currently in production with Télé-Québec. Titled Cracké – Family Scramble, S2 focuses on Ed’s family situation: his eggs have hatched and he must now take care of eight energetic babies! With no experience as a father, but brimming with creativity, this lovable single-parent ostrich dad has a crazy habit of getting himself into silly, improbable and funny situations. Luckily, his paternal instincts and boundless ingenuity get him out of trouble every time, to the delight of his little ones.

PGS Entertainment is leading the international distribution. This fall, Cracké will hit the markets, and will be present at the Cannes International Program Market (MIPCOM) as well as at the MIPJr, which is dedicated to youth and family content. The series will be available in May 2022. Cracké is created by Patrick Beaulieu and Denis Doré. S2 directed by Squeeze veteran Jonathan Simard.

Crayola has launched a new season of its original, digital-first Scribble Scrubbie Pets series, produced by WildBrain Spark. The Crayola Kingdom channel is managed globally by WildBrain Spark across YouTube and YouTube Kids and is home to all Crayola kid-targeted content. Since the launch of Crayola Kingdom at the end of 2020, the channel has surpassed 13.2 million views with over 370,000 hours of time spent watching to date. The new season of 20 x 3′ animations and 20 x 1′ draw-along episodes launched on the Crayola Kingdom YouTube channel this month with new episodes released weekly.

Based on the popular Crayola Scribble Scrubbie Pets creative toy range, the series  was developed to engage kids 5-8 through the unique elements of animation, real play and drawing. The content is focused on what kids love most about the toy line – bringing their imaginations to life through endless color and design transformations of washable toy pets. Using WildBrain Spark’s digital-first best practices, data and insights from the first season, the new content brings the most popular characters further into the spotlight, including Makena (the bird), Tuma (the elephant) and Scooter (the dog). S2 also hones in on the increasingly popular live-action arts and crafts elements. 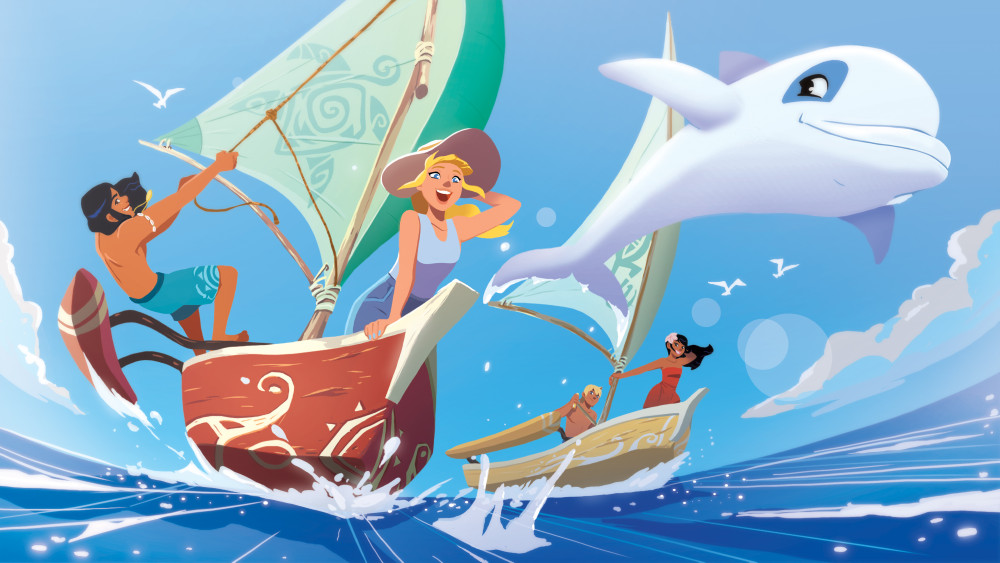 ZDF Enterprises is including several animated series in its MIPCOM lineup: 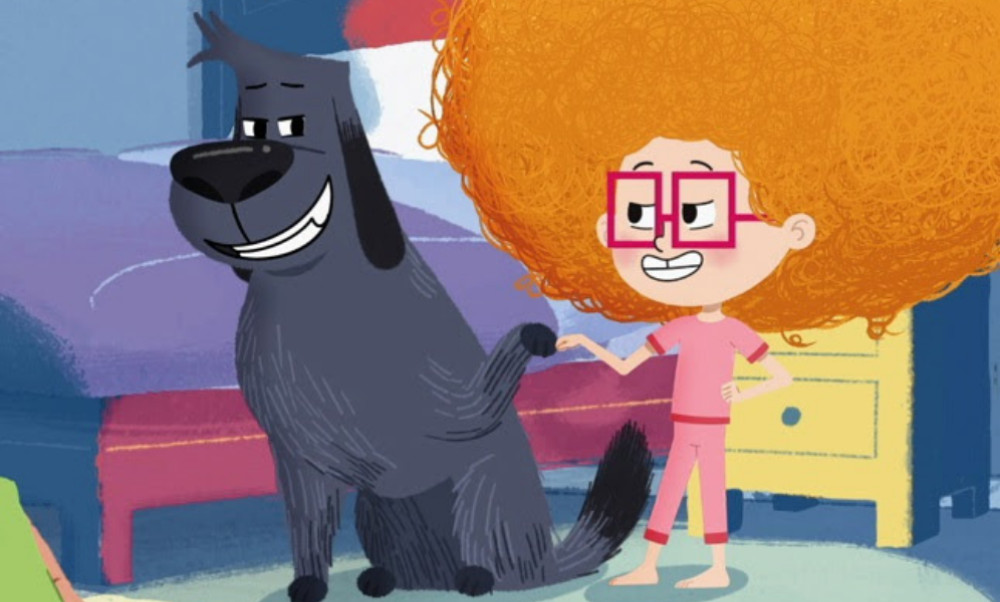 France TV Distribution is launching new programs at MIPCOM and MIPJunior next month, including animated offerings: 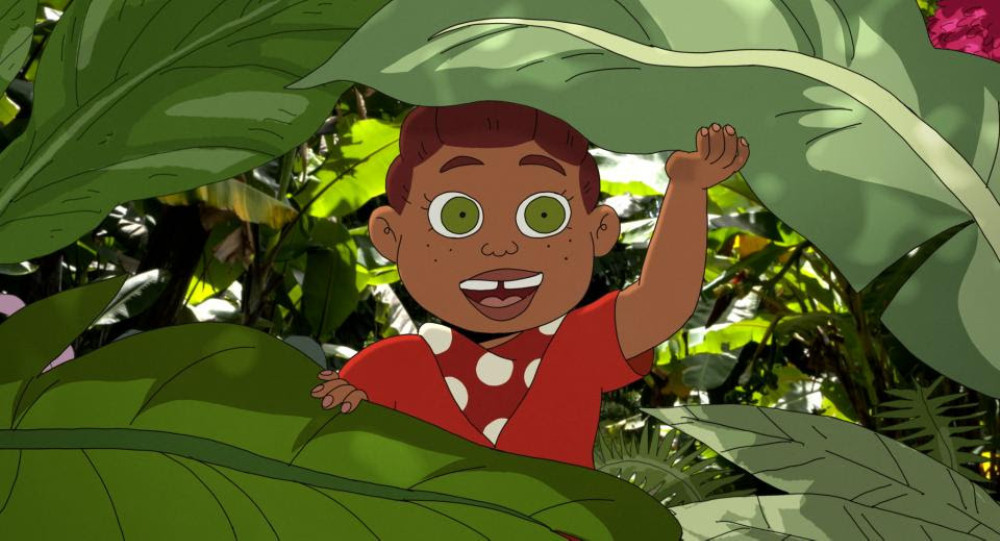 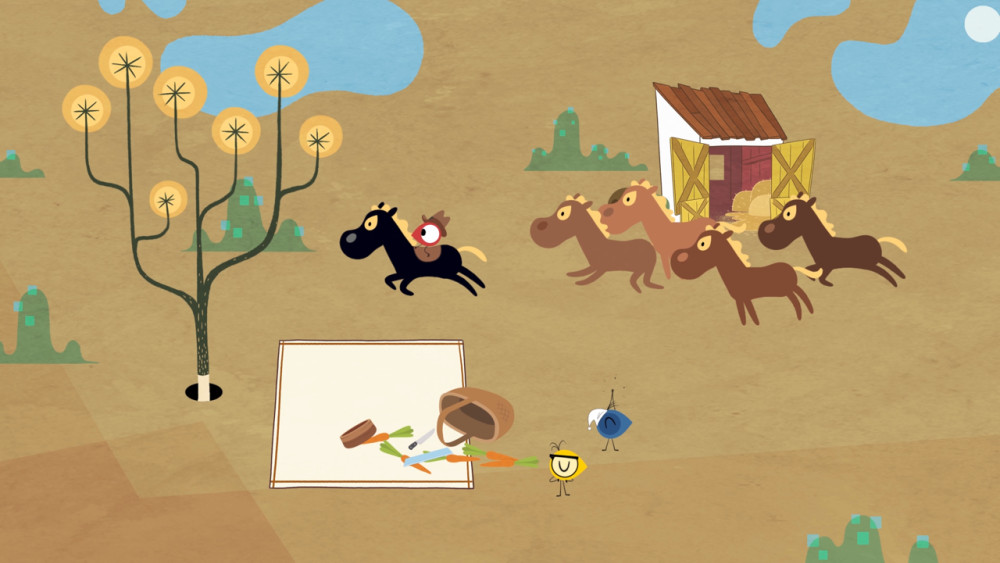