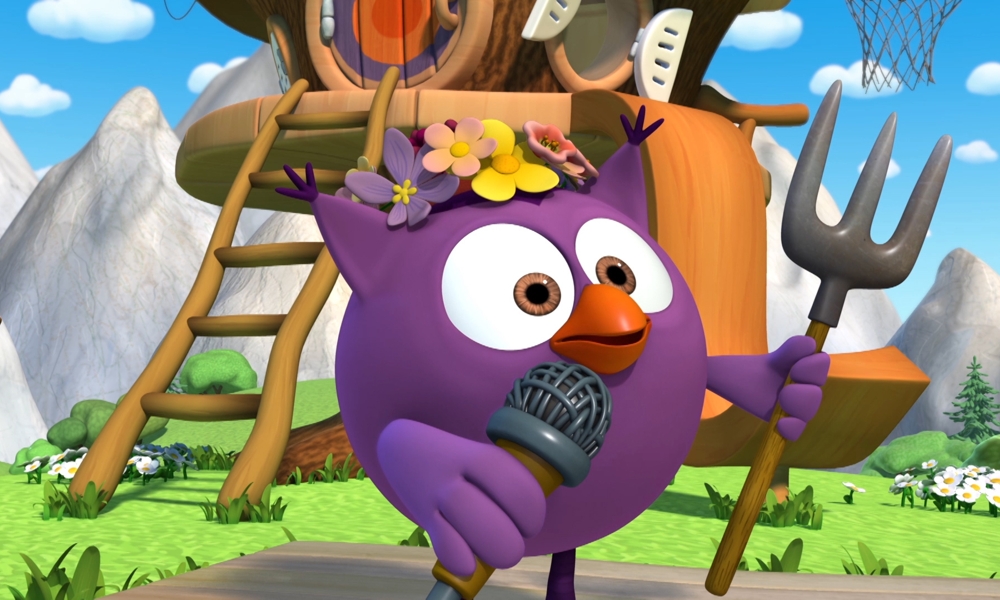 The Russian contingent wrapped a successful Digital MIPTV with a slew of international deals. In total, more than 35 companies from the country participated, including animation leaders Soyuzmultfilm, Platoshka studio and Riki Group, which closed the show by announcing a number of deals: 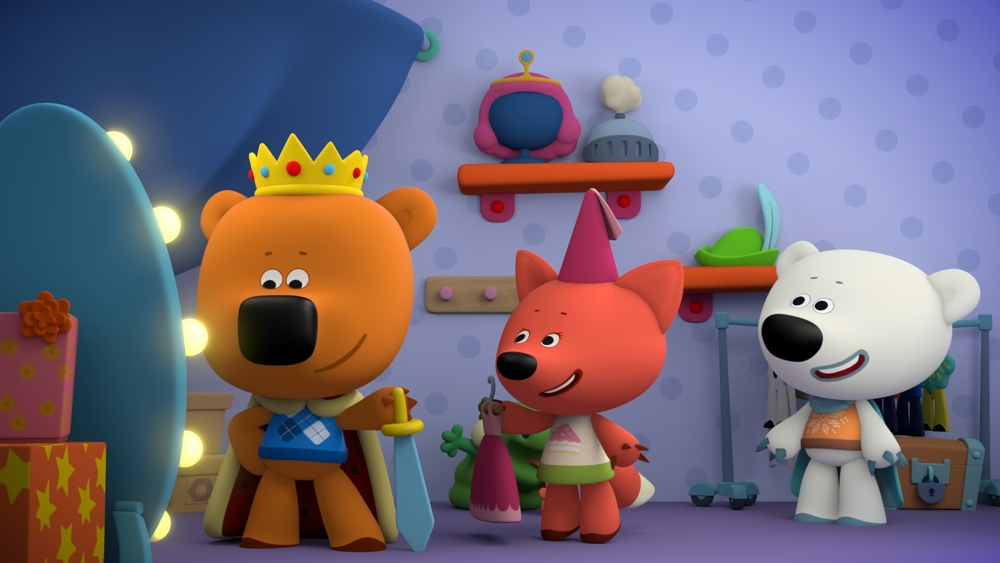 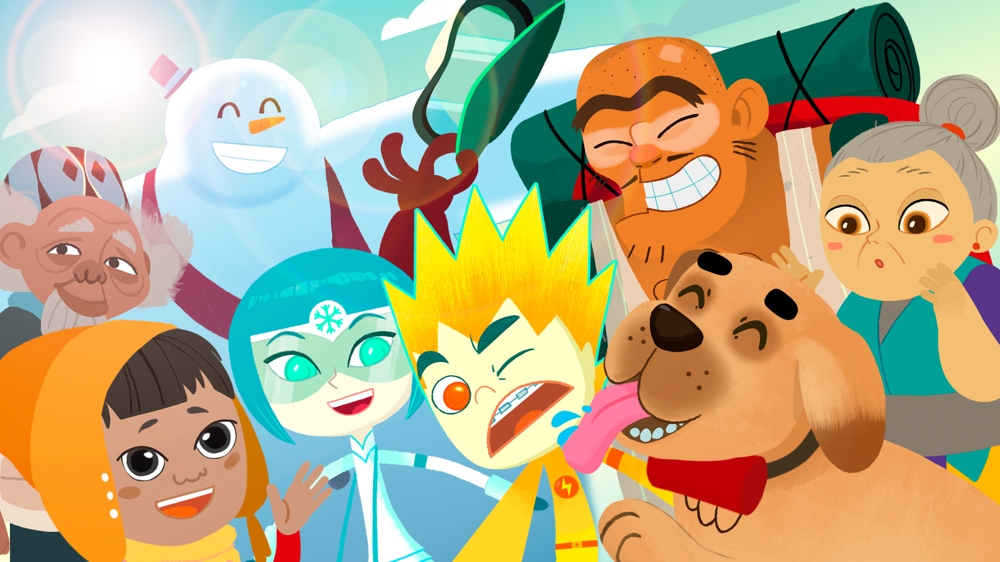 Mondo TV Iberoamerica, part of Mondo TV Group, has announced a major agreement with a number of broadcasters in Latin America through which four specially chosen episodes of the very popular environmentally themed animated kids’ show MeteoHeroes – co-produced by Mondo TV and the leading Italian weather forecasting center Meteo Operations Italia (MOPI) – will be broadcast on or around Earth Day (April 22). The four episodes will demonstrate the diversity of themes and regions covered by the series – including an episode set in Latin America – as well as underlining the show’s engaging blend of comedy, adventure and environmental themes.

A number of broadcasters plan to air the episodes, with more expected to confirm their participation in the coming weeks. On board are Señal Colombia, TV Perú and its children’s channel IPe, SER TV (Panama); TVN Chile – via its children’s channel TV Educa Chile, Pakapaka (Argentina) and Canal Once (Mexico), all broadcasting the shows the week of April 22. Canal Once plans a second broadcast on the weekend of May 1-2 to mark Día del Niño (Children’s Day) in Mexico. Private channels involved include Megavisión (El Salvador), TC Televisión (Ecuador), TV Jamaica, Trece (Paraguay), Primo TV (U.S. and Puerto Rico), the English-language network of Hispanic pay TV leader Vme Media; Colorvisión (Dominican Republic) and Red Uno (Bolivia). 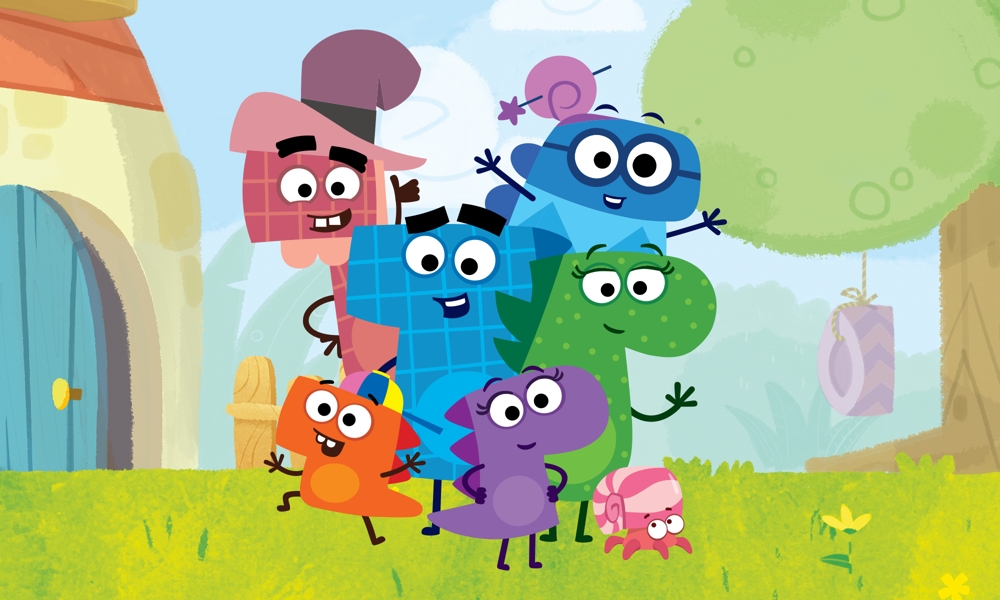 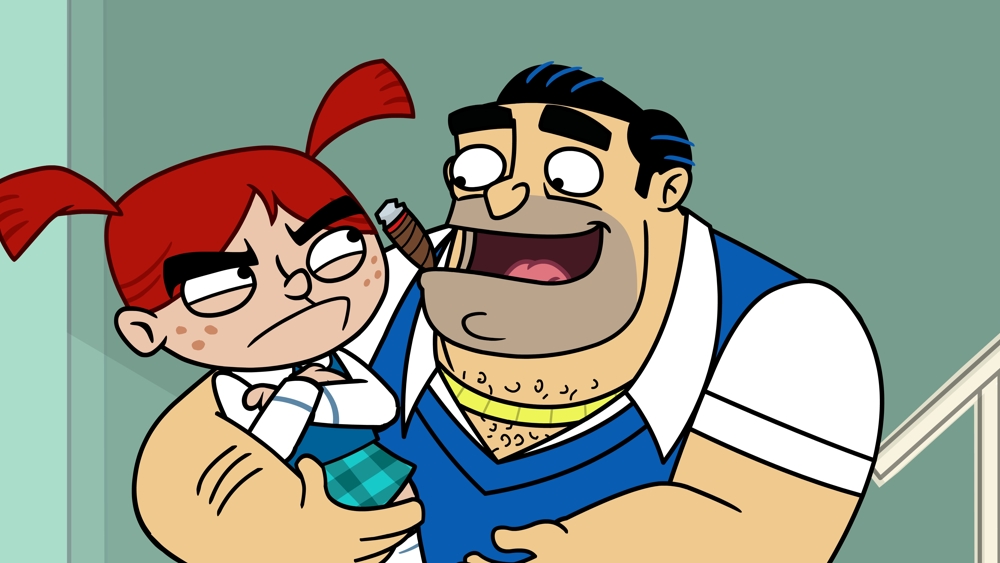 The adult-targeted toon about ex mobster Jimmy Falcone and his family relocated to Regina, Saskatchewan by witness protection originally launched on TELETOON at Night, and became the #1 most-watched Canadian show on the block for adults 18-49. Developed for the TELETOON at Night Pilot Project and picked up as a Hulu original series, Fugget About It was created by Nicholas Tabarrok and Willem Wennekers, and developed by Jeff Abugov. Executive producers are Nicholas Tabarrok, Willem Wennekers, Jeff Abugov and for 9 Story, Vince Commisso and Steven Jarosz. 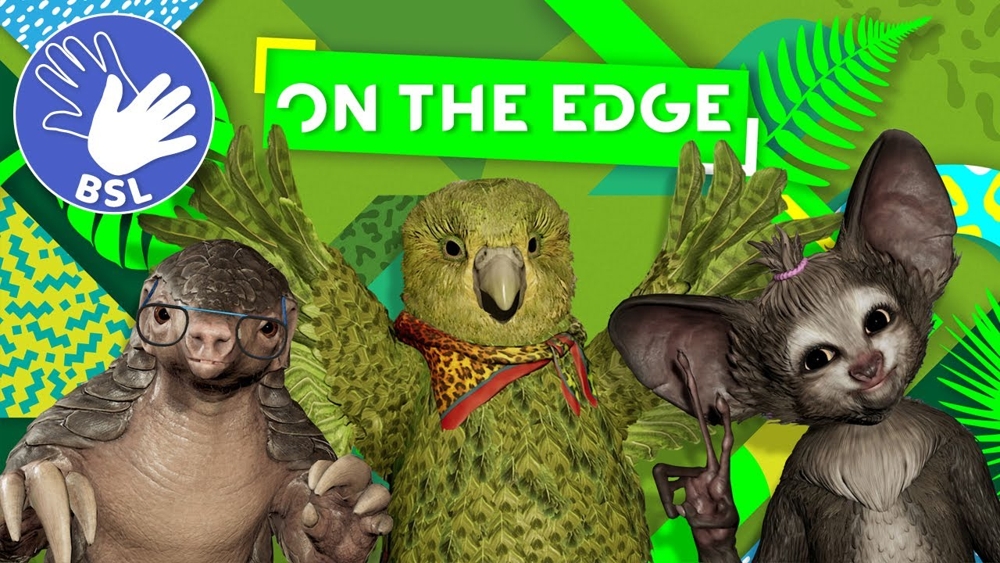 On the Edge Conservation has launched British Sign Language episodes and subtitles for its popular YouTube series about lesser-known endangered animals, to make the content more accessible to kids who are hard of hearing and to promote reading skills. By 2050, nearly 2.5 billion people are projected to have some degree of hearing loss worldwide.

The On the Edge series (which features Lexi, a wannabe DJ and aye-aye from Madagascar; Eric, a university student who is a Chinese pangolin from Asia; and Tegan, an outgoing and quirky Kakapo from New Zealand) has been hugely popular with YouTube audiences. Watch it here. 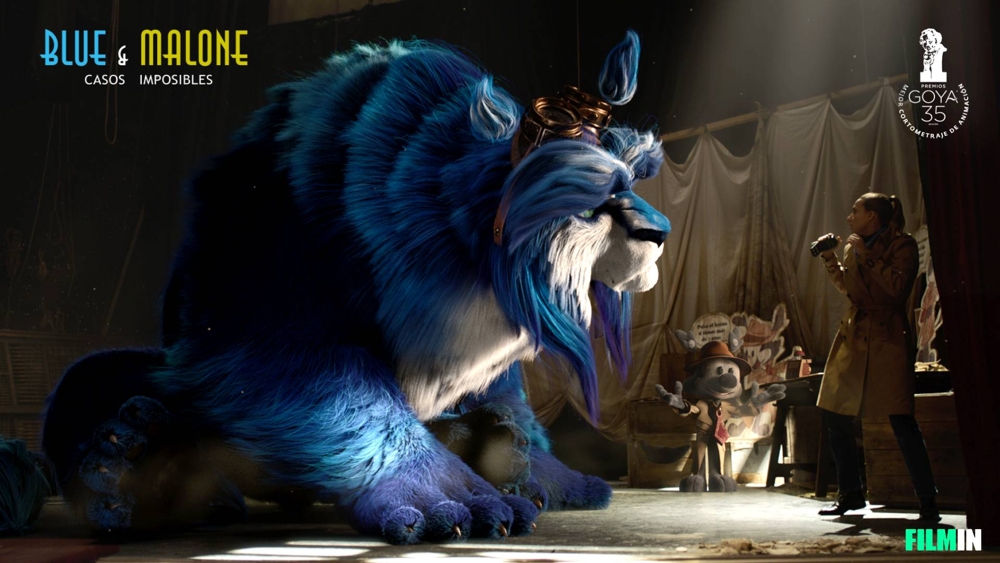 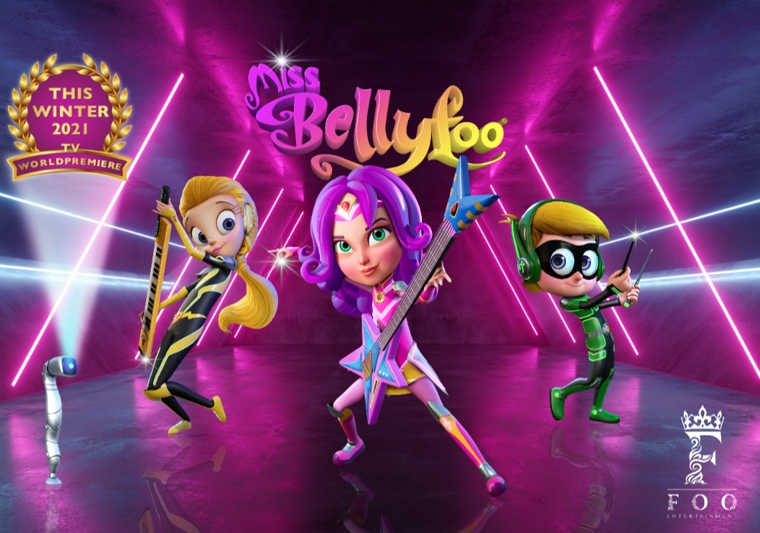 BRB Internacional and Foo Entertainment signed an agreement for the worldwide distribution of the series Miss Bellyfoo. The 3D animated series was conceived and created by Chris Djuritschek, President and Creative Director of Foo Entertainment. The 26 x 26′ hybrid series for children 3-9 years old is being written by award-winning screenwriter Jeffrey Scott.

Synopsis: A world full of music. A magical place full of wonders and adventure. Welcome to Daba Diba Duba Land, the land of music, dance and melodies! Accompanied by our heroine Miss Bellyfoo on her adventurous path through the land of music, that with the support of her loyal friends and a crazy professor, is always fighting the evil Mastermoll and his wicked helpers, who only seek to achieve one goal: to rule over Daba Diba Duba Land… 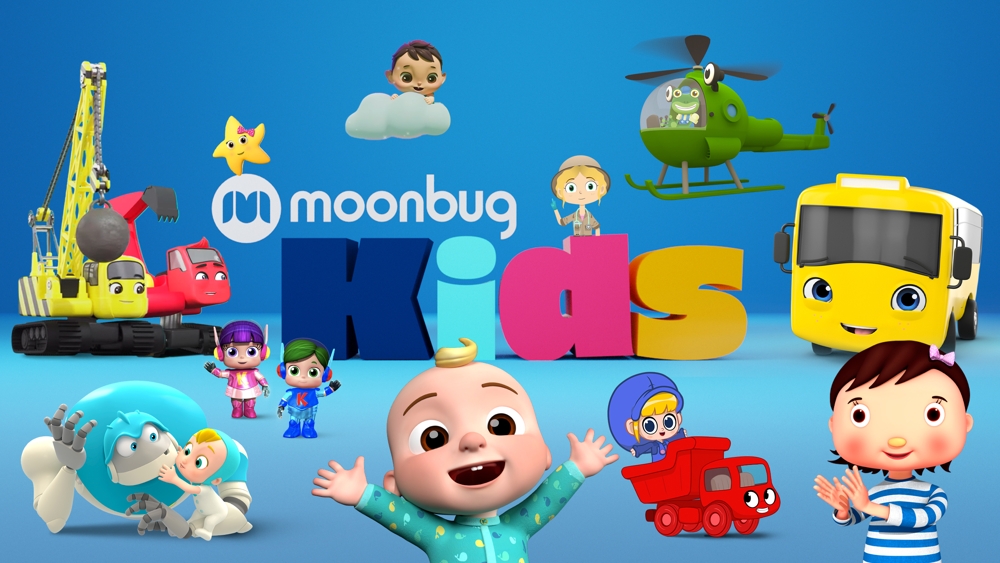 Moonbug Entertainment Ltd. announced a strategic partnership with Noga Communications, one of Israel’s leading television broadcasting channels, mediated by Yosi Fox of LDI. As part of the partnership, Moonbug will launch a new Moonbug Kids branded digital linear channel, available to consumers starting in April, and a Moonbug Kids-branded channel within Noga’s subscription video on demand platform, BIGI, by the end of this year.

Families across the country will have access to over a thousand episodes of Moonbug content and from 21 of its world-renowned IPs, including CoComelon, Little Baby Bum, Go Buster, ARPO, My Magic Pet Morphle and more. Content will be available in Hebrew with several non-dialogue titles for children to build an understanding of non-verbal communication like body language and facial expressions.