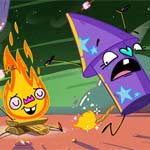 Following a successful step-out at Cartoon Forum 2017, digital-first series concept Best & Bester (78 x 7’) from Finland’s Gigglebug Entertainment has signed on London-based Eye Present as co-producer. The toon is a “buddy comedy on steroids” about two friends who can transform themselves into whatever they want, once per day — but figuring out what’s the best thing to be can be pretty tricky when you can be anything!

“Having concentrated on IP with an established fan base (to date Xephos & Honeydew, The Yogscast and Flix by Tomi Ungerer) we were attracted to this original property at Cartoon Forum by the concept’s ability to get kids involved with comparing their favorite things across a range of different media. We were also very impressed with Gigglebug’s infectious sense of humor and ability to tell cross platform stories,” said Genevieve Dexter, CEO of Eye Present.

The TV series is paired with an online chat game which encourages friends to make ridiculous comparisons, and vote on what is the best thing for any given situation. The game is part of a select group of titles in beta testing on Facebook’s new Messenger gaming platform. Eye Present and Gigglebug will be shopping the show for pre-sales and commissions at Kidscreen Miami with a pilot, full animated and series bibles.

“As well as having a great track record in financing properties, Eye Present are right at the forefront of producing content for new platforms as well as developing B2C marketing initiatives for their brands,” said Anttu Harlin, co-founder, CEO and producer of Gigglebug. “Our mission is to create positive content with an impact. While Best & Bester is pure comedy at heart, it also opens kids eyes to the endless possibilities that are available to them in this world and celebrates the freedom of opinion.” 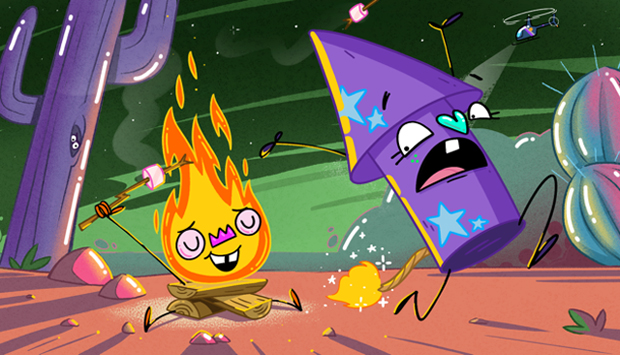