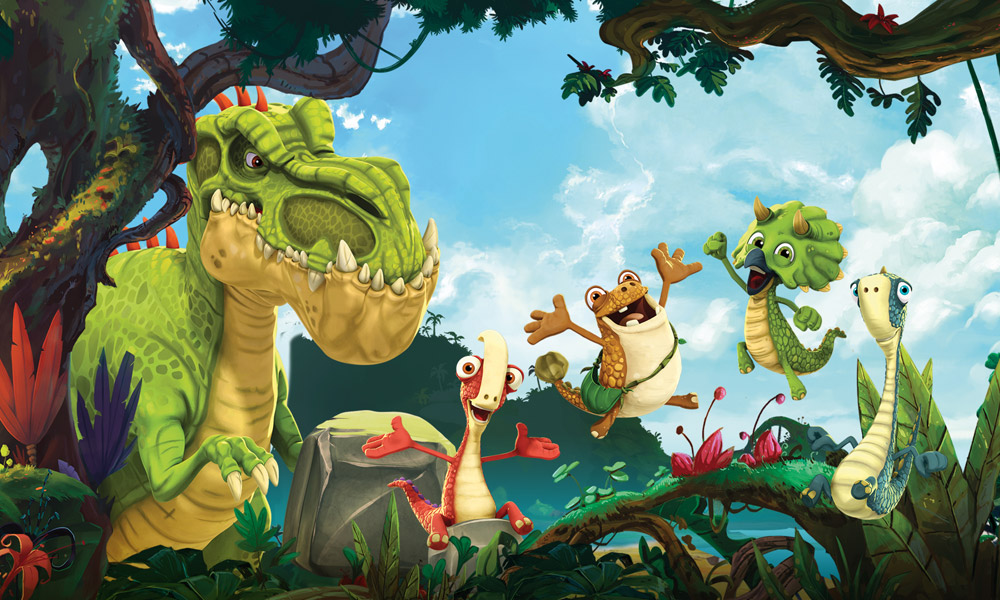 A third season of Gigantosaurus, the hit animated series for preschoolers and families from Cyber Group Studios, will launch Monday, August 9 at 8:55 a.m. ET/PT on Disney Junior and DisneyNOW. The 52 x 11′ season will introduce new dino characters and colorful Cretaceous-period locations, and will also feature catchy original songs and new musical sequences, to thrill its preschool audience.

In addition, the adventure-filled second season of Gigantosaurus will launch on Disney+ on August 25 in the U.S.

“Audiences just love Gigantosaurus, and this upcoming season will give children more of what resonates best about the series: new dinos and lots of action, as well as hilarious and heartwarming stories,” said series director Olivier Lelardoux, Cyber Group Studios’ SVP Animation & Associate Producer. “We’re very excited to bring this mix of fantasy, fun and science to kids and families.”

S3 presents a wide array of themes relatable to kids and families such as friendship, bravery and even babysitting. It also will introduce Gigantosaurus fans to new characters: Spinosaurus, a dinosaur that’s almost as big as Gigantosaurus; and the maze guardian, Missy, an Incisivosaurus who is a mysterious and hilarious character that adds even more fun and comic relief to the series. In addition, the show will debut eight new toe-tapping songs or musical sequences that will have kids singing and humming long after they turn off the screen.

Learn more about Gigantosaurus and other Cyber Group Studios projects at www.cybergroupstudios.com.