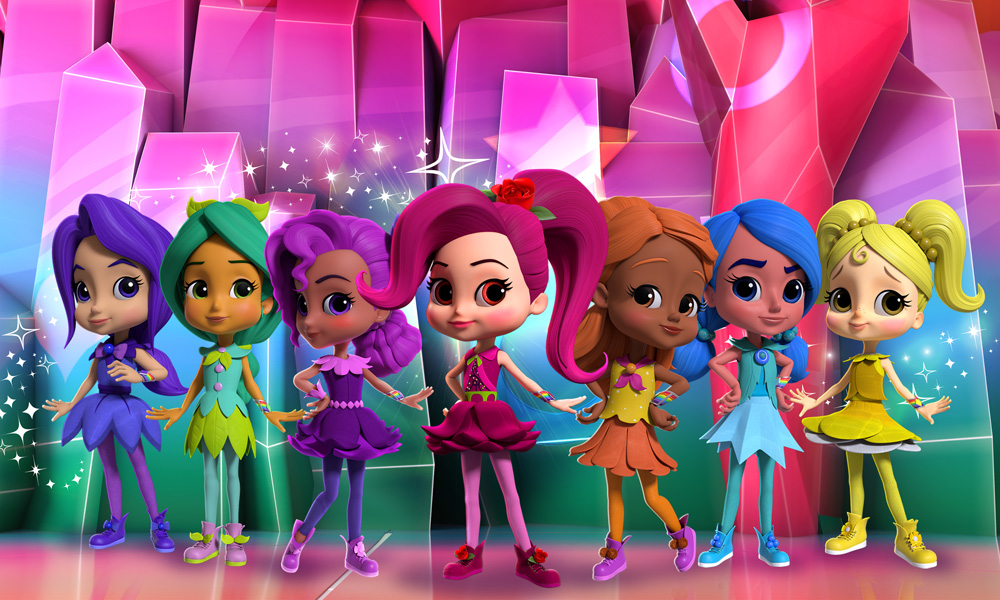 Following the recent season 2 greenlight, Genius Brands International announces that its flagship animated series Rainbow Rangers has been licensed to Nickelodeon Latin America. Season 1 (52 x 11’) will debut in August on Nick Jr. channels across the region, and will be available to stream on the NOGGIN preschool mobile app starting in June. The series will be dubbed in Spanish and Brazilian Portuguese.

“We are thrilled to expand our partnership with Nickelodeon beyond the U.S. to bring this much-loved series to children throughout Latin America for the first time,” said Andy Heyward, Chairman & CEO of Genius Brands. “Girls and boys across the U.S. are being entertained and inspired by our characters and empowering storylines, and Latin America is a first stop to deliver the fun and excitement of Rainbow Rangers to children worldwide.”

“We are excited to add Rainbow Rangers to Nick Jr. and Noggin’s roster of hit content,” commented Migdalis Silva, Vice President of Programming and Acquisitions for Nickelodeon Latin America. “This colorful and magical series is sure to captivate our preschool audience with its engaging characters and their thrilling adventures while creating awareness about environmental responsibility. We look forward to the success of the series on Nick’s platforms in the region.”

Zasha Robles, Director of Spiral International, Genius Brands’ exclusive content distribution agent in Latin America, commented, “Rainbow Rangers is a light-hearted story that will help open the children’s imagination. We have no doubt that the series is going to be a massive hit in the hands of such an experienced team at Nickelodeon Latin America.”

Aimed at girls and boys ages 2-5 and 6-11, Rainbow Rangers follows the adventures of seven girls who are Earth’s first responders, protecting people, animals, resources and the natural beauty of our world. Since premiering on Nickelodeon’s Nick Jr. in the U.S. in November 2018, the series, which airs Monday through Friday in the afternoon, and on Sunday mornings, has consistently retained its audience and grown from its lead-in shows across a variety of different time periods in which it has been placed for broadcast.