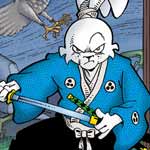 Gaumont has optioned the iconic samurai rabbit comic-book series Usagi Yojimbo from creator, writer and illustrator Stan Sakai, for development into an animated TV series. The project will be co-produced by Gaumont, Sakai, James Wan’s Atomic Monster with Rob Hackett overseeing for the company, and Dark Horse Entertainment’s Mike Richardson and Keith Goldberg as executive producers, with Chris Tongue as co-exec producer.

The announcement was made by Gaumont’s President of Animation, Nicolas Atlan, who commented: “Usagi Yojimbo has been much sought after for many years, and we are honored to work with Stan Sakai to translate his multi-generational stories into the first ever TV series. Usagi Yojimbo’s blend of history and mythology, clever balance between action and comedy, and real-world touchpoints combined with the supernatural, together with the passionate fan base that Stan has already amassed, makes this an incredibly exciting property to develop with our partners Atomic Monster and Dark Horse Entertainment.”

“We get fan mail from readers of all ages across the globe who have been asking to see Usagi Yojimbo in his own TV series,” added Sakai. “With Gaumont, James Wan and his team at Atomic Monster, and Dark Horse Entertainment, we have the best creative talent on board to bring the adventures I have been creating for over 30 years to life.”

The Usagi Yojimbo comic series takes place in a rich fantasy setting in 17th century Japan and features a diverse world of anthropomorphic characters. Miyamoto Usagi, otherwise known as Usagi Yojimbo, is a ronin warrior with the heart of a hero. A skilled swordsrabbit, and one-time bodyguard for a Japanese War Lord, he’s now masterless, and explores his world of immense castles and humble villages, encountering dinosaurs, Yokai (ghosts/monsters), cats, bats, bounty hunters, giant snakes, and even aliens, facing exciting adventures at every turn, always ready to help.

The acclaimed comic series has received a number of awards over the last three decades, including Parents’ Choice Award, an American Library Association Award, and the YALSA (Young Adult Library Services Association) Award. Usagi Yojimbo has also been named on Empire Magazine’s Top 50 comic-book characters of all time, IGN’s Top 100 comic-book characters of all time, and Rolling Stone’s Top 50 non-superhero graphic novels. Sakai is a five-time Eisner Award winner, the recipient of multiple Haxter Awards, and won the Best Cartoonist Harvey Award in 2016.

In addition to the comics being available in 21 countries in English and translated into 15 languages, Usagi Yojimbo has appeared in all three Teenage Mutant Ninja Turtles animated series, first in 1987 and most recently in a three-episode arc of Nickelodeon’s show in the summer 2017. 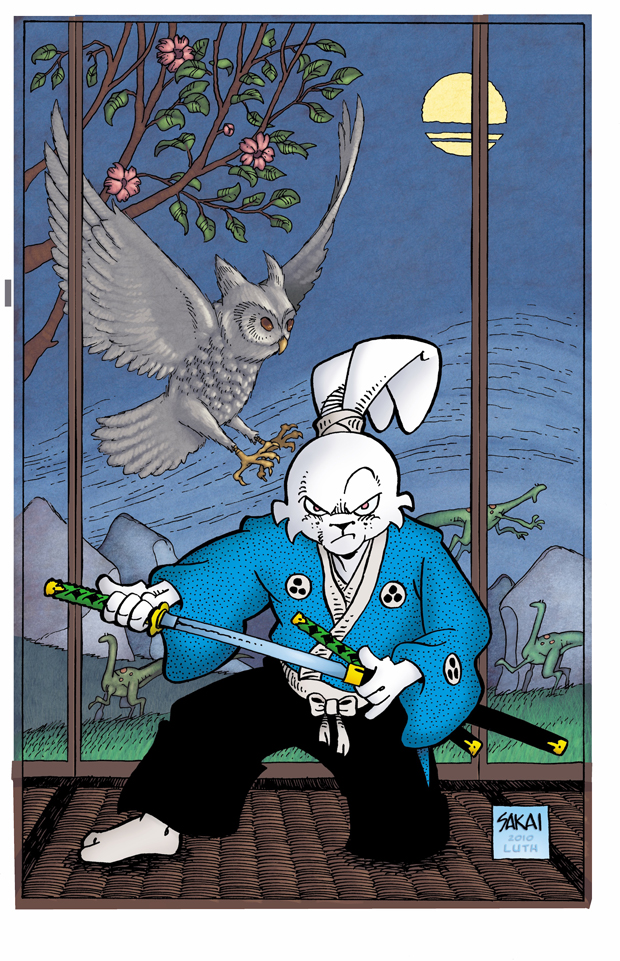