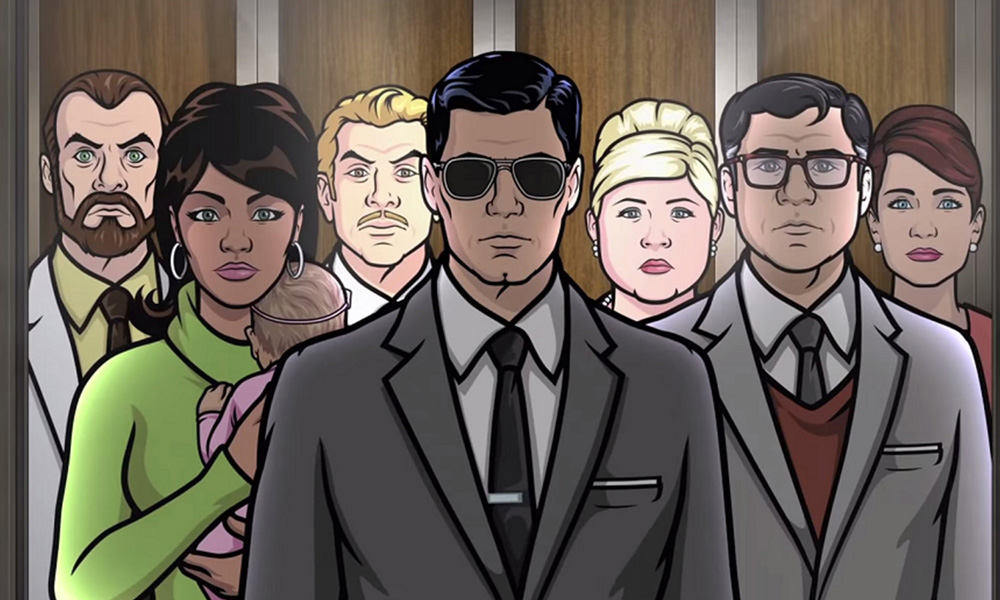 FX is kicking off summer in a big way with the return of hit series, the latest installments of signature franchises and the debut of four new series. In all, FX today announced the premiere dates for eight series that will premiere on FX, FXX or exclusively on FX on Hulu. Animation fans especially won’t want to miss the back-to-back episodes premiere of Archer Season 12 next month!

Archer – The 12th Season premieres with the first two of Its eight episodes on Wednesday, August 25, beginning at 10 p.m. ET/PT on FXX, and streaming the next day via FX on Hulu.

The animated half-hour comedy that follows Sterling Archer as he navigates the changing landscape of the spy world. This season, Archer and gang face a new threat: a spy conglomerate known as IIA (International Intelligence Agency). With a limited number of spy jobs up for grabs, can the Agency compete against the soulless vultures of IIA, or will our mom-and-pop spy agency be the next to get swallowed alive?

Archer was created by Adam Reed and is executive produced by Reed, Matt Thompson and Casey Willis at Floyd County Productions. The series is produced by FX Productions.(www.fxnetworks.com/shows/archer)