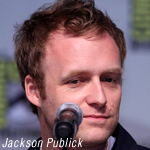 Get ready for more Futurama and Venture Bros.

Talks are being finalized for Comedy Central to order 26 additional episodes of Futurama, according to Deadline.com. The series has done well for Comedy Central, which revived it in 2009. The network aired the first 13 episodes of its original 26-episode order last year, with the rest to follow this summer. The pickup would follow a similar pattern, prepping episodes to air in two 13-episode batches in 2012 and 2013.

Meanwhile, Venture Bros. creator Christopher “Jackson Publick” McCulloch announced on his blog that he’s signed a contract for two more seasons of the Adult Swim series. He says the series is looking to begin production on season five in June.

McCulloch also says the contract calls for a Venture Bros. special, which will run 60 or 90 minutes — and an 11-minute Venture Bros. short is being prepped to air this summer.