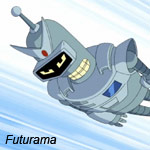 The sixth season finale of Futurama has been generating a lot of interest among animation fans all over. The episode, which premieres this Thursday at 10 p.m. is titled “Reincarnation” and re-imagines the cast in three different animation styles.

Similar in vein to the “Anthology of Interest” shows, the episode showcases the cast in a black-and-white Fleischer-style animation, followed by a low-res video game section, and concludes with  “Action Delivery Force,” an homage to anime-style show from the 1980s (Think Voltron!). Penned by Aaron Ehasz, this offering is the 26th and final episode of the season and features the voice of guest star Stephen Hawking (who has been on the series before). 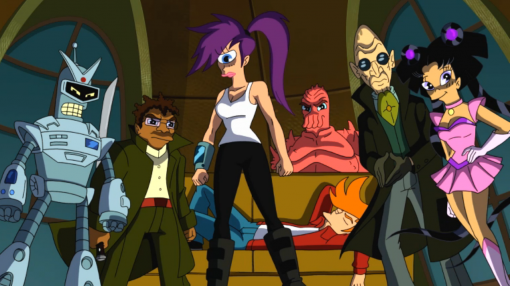 Here’s a clip from “Reincarnation”:

And an interview with creator David X. Cohen here: