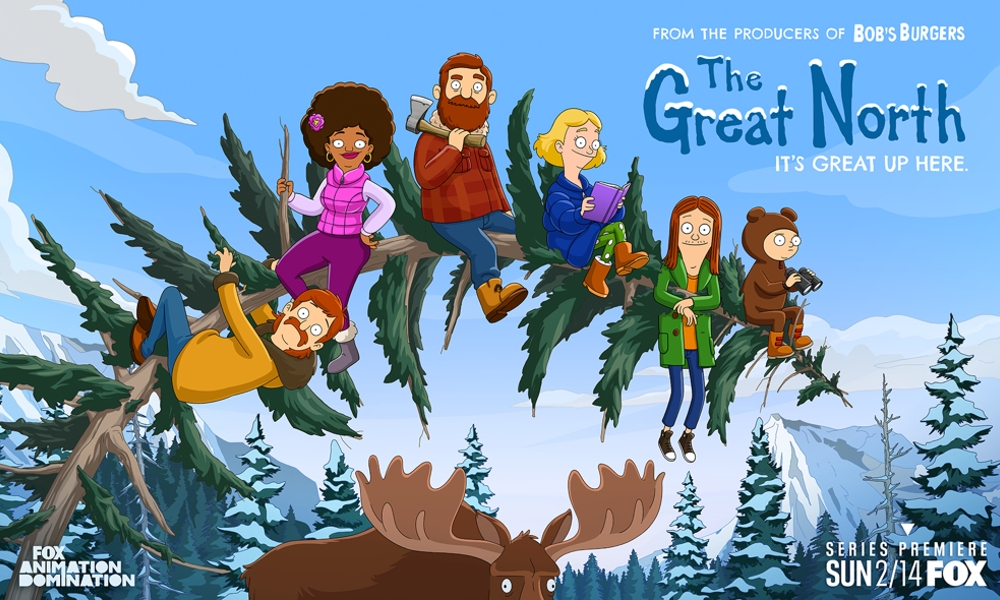 All-new animated comedy The Great North debuts Sunday, February 14 at 8:30-9:00 p.m. ET/PT on FOX, as part of Sunday’s Animation Domination lineup. The series, which already has been renewed for a second season, was created, written and executive-produced by Bob’s Burgers writers and executive producers Wendy Molyneux and Lizzie Molyneux-Logelin, as well as writer Minty Lewis (Regular Show).

The Great North follows the Alaskan adventures of the Tobin family, as a single dad, Beef (voiced by Nick Offerman; Parks and Recreation, Making It), does his best to keep his weird bunch of kids close – especially his only daughter, Judy (Jenny Slate, Bob’s Burgers), whose artistic dreams lead her away from the family fishing boat and into the glamorous world of the local mall. Rounding out the family are Judy’s older brother, Wolf (Will Forte, The Last Man on Earth); his fiancé, Honeybee (Dulcé Sloan, The Daily Show); her middle brother, Ham (Paul Rust, Love); and 10-year-old-going-on-50 little brother, Moon (Aparna Nancherla, A Simple Favor). While the children’s mother is not in the picture, Judy seeks guidance from her new boss, Alyson (Megan Mullally, Will & Grace), and her imaginary friend, Alanis Morisette (guest-voicing as herself), who appears to her in the Northern Lights.

The Great North is a 20th Television production. Animation is produced through Bento Box Entertainment. Follow the series on Facebook at facebook.com/GreatNorthFOX or on Twitter @GreatNorthFOX / #TheGreatNorth. 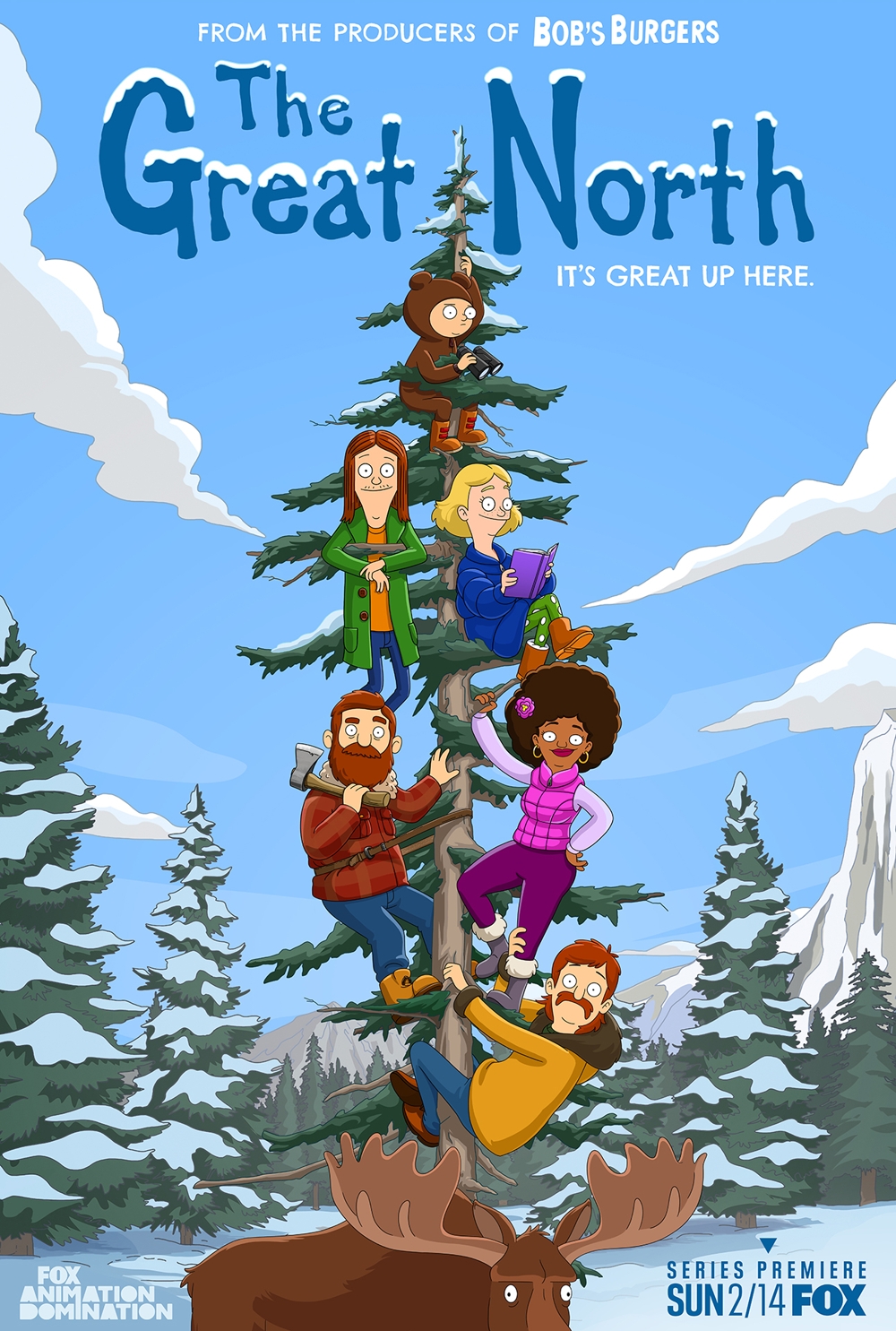