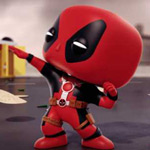 Funko, Inc. — creator of coveted pop-culture consumer products such as the iconic Vinyl POP! line –is expanding its animation footstep with the acquisition of UK based, award-winning production company A Large Evil Corporation. The company announced Tuesday the deal had been closed.

Known shorthand as “Evil Corp,” the Bath animation and design shop has been producing short product videos for Funko since 2014, and will now operate under the name Funko Animation Studios. Founders Guy Thomson and Seth Watkins will stay on as General Managers.

“Since 2014 we have produced the majority of our animated product videos with this innovative and fantastically creative studio and we are excited to move this function in house,” said Brian Mariotti, CEO of Funko. “We have seen firsthand how well received these shorts are from our fans and we look forward to continuing to produce these high caliber product videos while also creating original Funko content. As video becomes an increasingly important medium of communication, this will allow us to better create content to support and promote our brand and our products globally.”

In 2016, Funko collaborated with Marvel Animation to create a series of Marvel Funko shorts, with story and animation by Evil Corp and executive production by Mariotti, Dan Buckley, Cort Lane, Joe Quesada and Alan Fine. The first collaboration, Spellbound, debuted in November 2016, featuring Iron Man, Spider-Man and Loki and has reached over 1.1 million views to-date, with subsequent Marvel Funko shorts garnering well over 5 million views. The second season of Marvel Funko shorts have already premiered with an additional five shorts set to launch in late 2017 and into 2018.

Funko is headquartered in Everett, Washington. More info at funko.com.