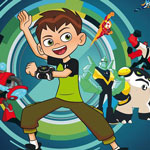 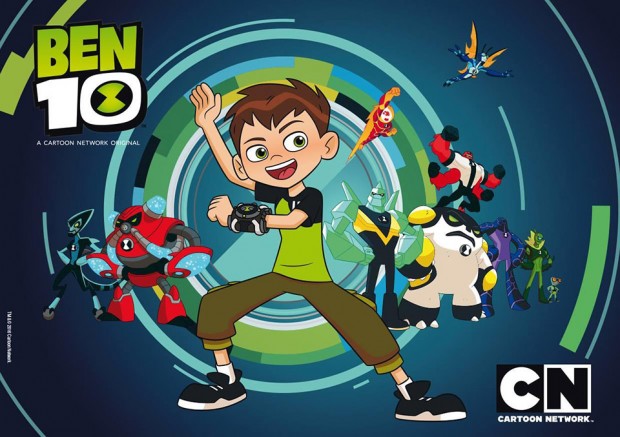 Sprung from the comics biz, Man of Action has flourished as animation hit-makers ready to cement their signature creation Ben 10 as an evergreen franchise.

You know the name—you may know the names behind the name—but few can deny the success that creative studio Man of Action has had in its nearly 20-year lifespan.

Comprised of creators Joe Casey, Joe Kelly, Duncan Rouleau and Steven T. Seagle, Man of Action burst from the comic-book industry into the animation scene with the 2005 debut on Cartoon Network of Ben 10, a boys’ action series about 10-year-old Ben Tennyson and the high-tech watch that allows him to transform into 10 aliens to defend the Earth from various threats. It was followed by Generator Rex, also on Cartoon Network and based on a comic. The most high-profile gig the group has had was credit for creating the characters of Big Hero 6—which first appeared in a 1997 issue of Marvel’s Alpha Flight series, and became an Oscar-winning animated feature for Disney.

And now, the group’s diverse interests have brought them back to a reimagined Ben 10, which premiered last October internationally and rolled out April 17 in the United States, with a second season already ordered.

All four members got their start—and first met each other—in the comic-book industry. Seagle says he knew Casey from before he started in comics 30 years ago, and met Rouleau through another comics creator friend. Kelly he met when they both were hired to write the main X-Men titles in 1997, a time when Marvel was in bankruptcy court with no clear exit strategy.

“It was not the joyous Marvel of now, so the fun to be had in finding guys you liked working with was pretty much all the fun there was to be had,” says Seagle.

The group migrated one by one to rival DC Comics to work on the Superman franchise, which Seagle says was in a dark moment of its own. “The first story conference I went to, they said don’t draw any attention to the Superman books for the next year, which I thought didn’t sound very fun,” he says. “And by that point, we were like, we should make stuff up with each other together, but not necessarily under the direct employ of a big corporation. So that’s what we started doing.”

Rouleau says the first official Man of Action projects were a series of short live-action films that never saw the light of day, followed by work on the X-Men: Legends videogame, which was released in 2004. “We were most definitely using all our different contacts to establish ourselves as either the producers or the writers on things, because each of us had different backgrounds,” says Rouleau.

The group got into animation through one of those connections: Matthew Senreich, a former editor at Wizard magazine, who was at the time working with actor Seth Green to launch Robot Chicken. Senreich suggested Man of Action meet with Sam Register, then VP at Cartoon Network, for which the group showed up with 20 ideas, a bell and a timer, with a plan to pitch one per minute. One of those pitches became Ben 10; another became Generator Rex, their second animated series; and a third has evolved into Zak Storm: Super Pirate, produced by ZAG.

The learning curve for working in animation was alleviated to a degree by Kelly’s experience working at 4Kids as a story editor and writer on an animated Teenage Mutant Ninja Turtles series under the tutelage of producer Lloyd Goldfine. Rouleau also had animation experience as a character designer on Loonatics Unleashed at Warner Bros. and on various projects at Stan Lee Media, before it imploded amid a political scandal.

“As far as credits go, we didn’t have enough for Cartoon Network to hand us the keys to Ben 10 at the time,” says Seagle. “So we developed it, we consulted on it, we wrote a bunch of episodes…but it was always under a different show runner.”

Ahead of the Times

Moving beyond Ben 10, the group found its comics background a benefit as that medium’s traditions of long-term continuity and world-building spread into other media.

But the group also doesn’t lose sight of what makes each project it takes on work, both on a vision level and in the practical elements. Seagle cites Mega Man as an example in which Man of Action was able to combine the most popular elements of the original game with what kind of cartoon kids 7-10 like and with thematic growth that makes it resonate. “We’re good at pushing those things together and making something that works for kids and honors the fan side of things, too,” he says.

After so many years working together, the members are comfortable with and respect each other’s strengths and their overall interest in a project before taking it on. If one member really seems to click with a project, he will become the lead on it, with the other members supporting that vision.

“Our first step is always everybody throws down different takes and then we just kind of quickly go: ‘Oh, your take’s better. Let’s run with that,’” says Seagle.

If one member is a hard no on a proposed project, the group passes. “There are projects where I thought, ‘Well, this will be a no, but I’m interested in it,’” says Seagle. “And then everybody’s on board for different reasons. We just look for that consensus.”

Despite having worked with such stable, well-known clients as Cartoon Network, Marvel and ZAG, Man of Action follows what Casey describes as “a freelancer mentality writ large” and is open to projects and collaborations with anyone. “We’re just used to it from the comic-book world,” Casey says. “Back then, it was an economic consideration. Just get as much work as you can—because you’re getting paid so little for it—to make up the difference. But that became a mentality that serves you well in that industry because you’re not putting all your eggs in one basket.”

“We like the make-it-up part of things,” adds Seagle. “Usually, when we sign on for a show that’s not our own creation, we tell people we’re in for the bible, the pilot and a season—and that’s all we can commit to. And sometimes we stay another season just because it’s fun, like with Ultimate Spider-Man.”

Man of Action may have only four members, but it has an extensive supporting cast, including a list of about 40 writers who they hire on to their shows and often stay on after the group has left.

“We are a company, so we have a weekly meeting where we go down every project going on or where it is and what’s next and we get all that organized,” says Seagle. “We have weekly creative meetings on each show. So we’re just figuring out, you know, do we have springboards to do, do we have get scripts to get through, do we have notes to go through. We spend an enormous amount of time just writing emails saying, ‘Here’s what happened in the last 30 minutes on whatever,’ so that we can function like a multi-headed hydra.”

Long-established in animation, Cartoon Network’s plan to reboot Ben 10 and establish it as an evergreen franchise lasting generations, proved an irresistible opportunity for its creators to return and make the show everything they originally imagined. “We were aware they were going to reboot it and we just said, we think we’d like to do that reboot, actually, because there is stuff we’ve loved about it that it moved away from and we want to move it back,” says Seagle.

“One thing we learned, even though the shows were great, is that if it’s going to exist as a sort of evergreen IP, evergreen brand all its own, you can’t age it up,” says Casey. “That was a mistake, ultimately. The quality, we can’t argue with that. But Mickey Mouse never ages, Bugs Bunny never ages–all the iconic cartoon characters, aging is not a part of their DNA. It’s been a very conscious thing and Cartoon Network agrees with us on this.”

Seagle says his 84-year-old father put it best when he called up after seeing the character wield more than 10 aliens and said that was wrong for a character named Ben 10. “And I thought, you know, he’s right, actually,” says Seagle. “He’s Ben 10, he should be 10 years old and have 10 aliens. And so that’s kind of how we’re running it.”

Comics remain a passion for Man of Action, and its members say they’ll always keep a foot in that medium, publishing their titles through Image Comics and retaining creative ownership and control.

“Movies, TV, videogames not only caught up to comic books, they have in a lot of ways outpaced them,” says Casey. “So the creative challenge is, in a lot of ways, how do we get back out in the forefront of storytelling with comics?”

The members also keep things flexible enough to allow members to do work on their own and find time to generate new ideas. Kelly says the time difference between his home in New York and the rest of the group in Los Angeles allows him to take mornings to work on his own material, while Seagle goes off-site every Thursday to work just on new ideas.

Don’t expect the group’s lineup to change—ever. Their original business document “allows for somebody to leave and nobody else to join, just because that eliminated the need to have that conversation ever,” says Seagle.

The group plans to follow its diverse interests, wherever that may lead. Seagle says he thinks they will always have a foot in animation and comics, but anything else is fair play, too. Kelly’s live-action movie I Kill Giants, adapted from the comics he co-created, is coming to theaters this fall, and Seagle and Rouleau both have been writing live-action TV on top of animation.

Rouleau says the developing world of VR and AR also is something the group finds exciting: “I definitely have an eye on that stuff, and I know that we’ve had these conversations where we want to get into those fields as well.”