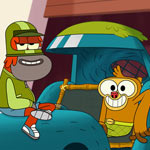 Gaumont’s hot new animated series Furiki Wheels is one of the projects officially selected for competition at the 2018 Annecy Festival. The show which debuted on Disney EMEA on May 29, is a (52×11’) slapstick comedy that centers on Andre Furiki, a hyperactive sloth who gets into all kinds of madcap adventures along with his buddies at the racing academy. Originally commissioned by France Télévisions and Disney XD (EMEA), the series  was created and directed by Frédéric Martin (Dude, That’s My Ghost!, Gawayn) and developed and produced by Gaumont. The series will debut on National Geo Kids in Latin America and France TV in France this summer.

Martin was kind enough to chat with us about his fun new project:

Animag: Can you tell us a little bit about how you got involved with Furiki Wheels?

Frédéric Martin: A few years ago, I had just directed an animated series for Gaumont, and they offered me a position in their development department to generate new ideas. After a couple of weeks I presented a few concepts for comedy series, and one was about this hyperactive sloth obsessed with speed.

When did you start working on the show?

I started to develop the show around fall 2013 or 2014, drawing rough designs and writing pitches and character descriptions—I really enjoy that part. Gaumont was  supportive and I was able to play freely with the concept to make sure that it provided the perfect environment for the gags and action that I had in mind. As we developed the storyboards, we added more writers and designers led by Manu Tanon-Tchi, an amazing art director, to spice up the look of the show. I think in early 2015 we were greenlit by France Télévisions and Disney XD (EMEA).

What do you love about the new series?

The result!  The characters. The music.  The world we created. And, as much as everything else, Andre’s car, “Brenda!” Furiki Wheels is a cool and challenging show to direct. It’s a cartoon comedy interwoven with action, where you combine slapstick 2D animation — for example a silly cheetah in cowboys boots trying to find his place next to his veggie loving lion wife, or a strange orangutan with his head stuck in his helmet with CG elements—we have a big range of buggy, dragster, and monster trucks for actions scenes! It’s all pretty exciting to do. It could have been a giant mess, but I had the support of an exceptionally talented and involved  team, the best that I have ever worked with. From script to post production, we could not have achieved this result with another crew.

What are some of the show’s visual sources of inspiration?

It might sound a bit weird, as I’m a big cartoon fan and Furiki Wheels is a comedy, but I think the main influence on the show is Mad Max for the chases, and Wallace and Gromit, also for the chases. We tried to mix the two! Chase sequences, when they are well done, are super exciting to watch (think Baby Driver, or Duel). I thought it could be really entertaining to bring these types of wild, speedy sequences to a cartoon. Watching a cool chase is exciting!  Watching a cool chase with gags can be even better! Cartoon comedy is the biggest part of Furiki Wheels and the chases are the cherry on top — or in the world of Furiki Wheels, it’s the peanut on top of the watermelon cake.

You’ve worked on several shows by Gaumont’s animation division…What do you think unites these projects?

They are all original content, created and produced here in Paris. The first show I handled for Gaumont was a series of short cartoons for France TV  called Mouss and Boubidi (a walrus with a bonnet was involved), and I discovered then what “directing” meant. The second one was a sitcom comedy for Disney EMEA, Dude, That’s My Ghost, and this series taught me what a 52 x 11’ rollercoaster ride making a series could be. Furiki Wheels is the third, for broadcasters France TV and Disney, and this show is my favorite so far!I I hope kids like it!

What is the toughest aspect of your job?

Nothing is really  tough if you have a talented crew around  you, and if you have a clear enough vision to express it well. But if you don’t have these two elements, it can turn out completely wrong!

What was your first job in the business and how did you land it?

I started working as background designer on Space Goof at Xilam, a show directed by Olivier Jean Marie (director of Oggy and the Cockroaches) surrounded by strong and experienced animators and designers. Thanks to them, I learned a lot.

What attracted you to the world of animation? Which shows or movies did you love as a kid?

I grew up in the ’80s and Japanese animation was everywhere on French TV channels. For sure Dragon Ball or Captain Harlock were my favorites, as they were for everyone from my generation. But I think what brought me to animation was the desire to tell stories, in every possible form.

What advice do you give young people who want to have a solid career in animation?

The animation industry constantly evolves and may be completely different in few years, so I don’t think I have any definitive advice. Have some cool sneakers maybe? Or grab the money and run?! Or have fun, otherwise what’s the point? Oh yeah, I got one — get to know talented people and learn from them. Oh, and, nothing is too weird, pitch your project!

What do you think of the TV animation scene in France?

We have a huge amount of creative talent here, from design to storyboard, really well-trained animators with a strong graphic culture. There are a lot of cool projects right now in France, and I hope they could find the largest audience possible.

Mickey – because Steamboat Willie is the freshest cartoon ever, and I can’t get enough of the recent Mickey shorts.

You can find out more about the show here. 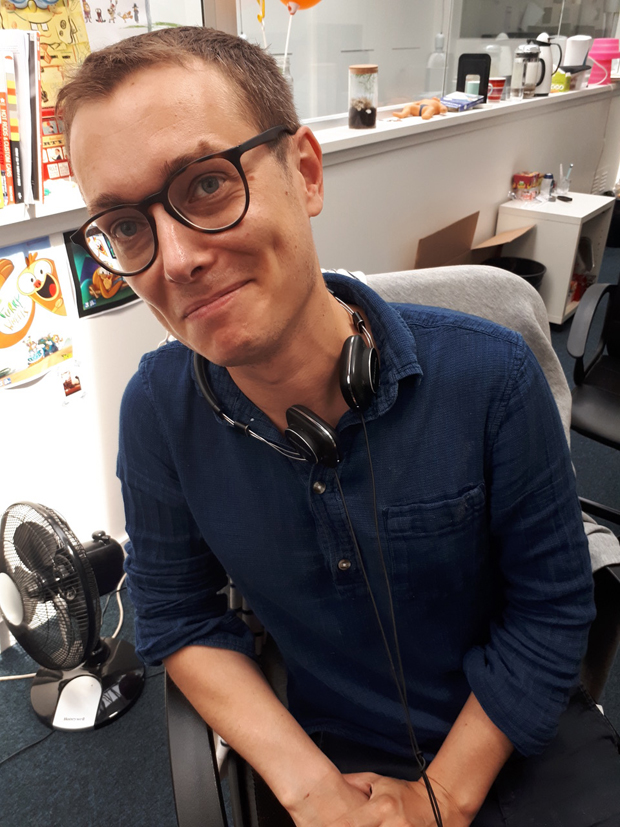 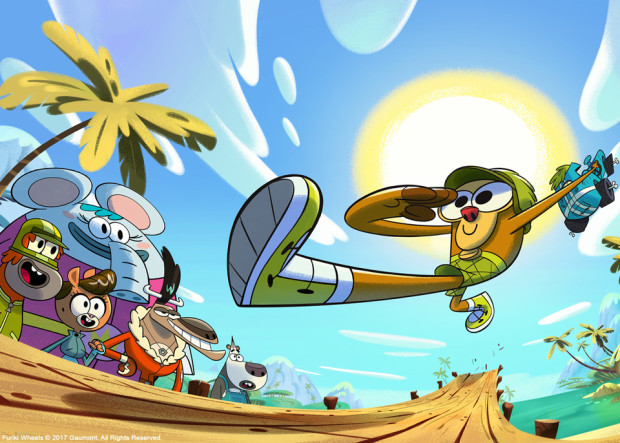 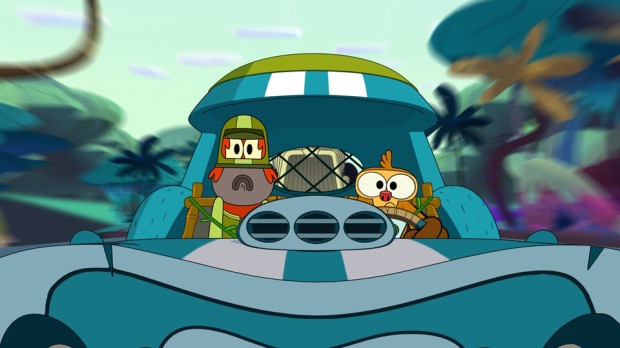 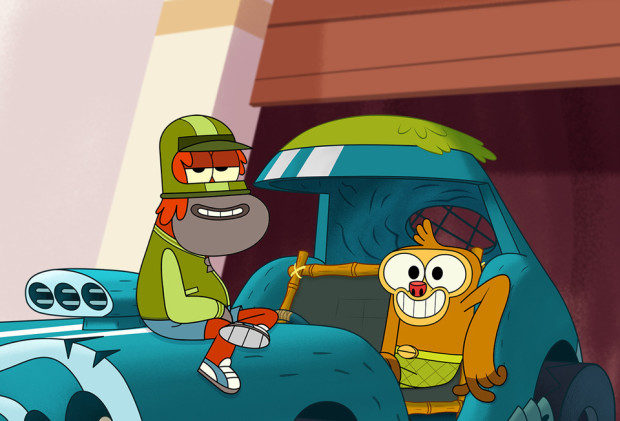