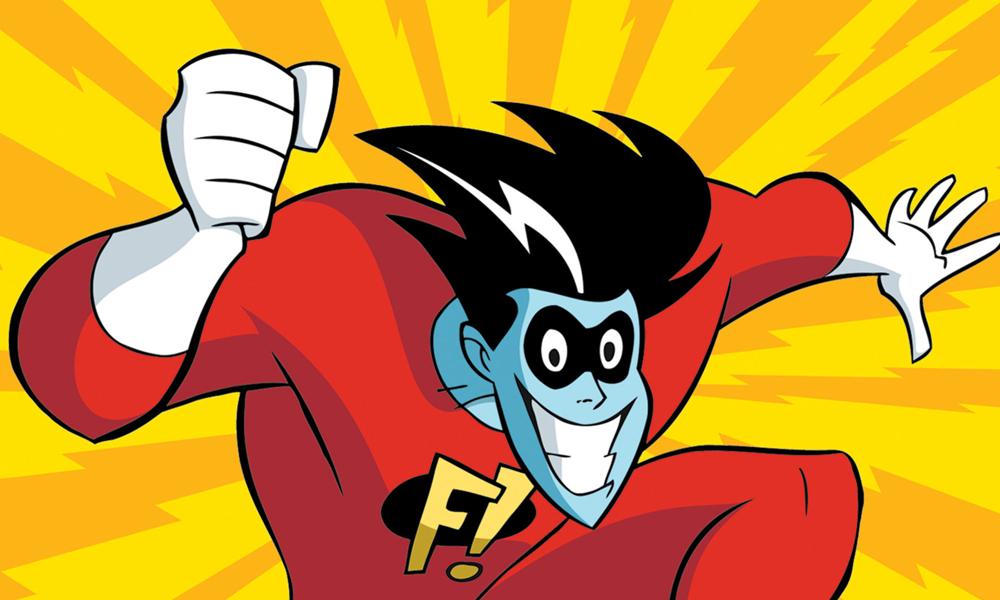 Warner Bros. and Amblin Animation’s beloved bonkers superhero Freakazoid will be zapping back to screens on Saturday as a guest star in a new episode of Teen Titans Go! premiering on Cartoon Network on Saturday, November 14. The Season 6 episode, “Huggbees,” sees the Titans call upon the red-suited supe for help when their nemesis The Brain teams up with Freakazoid’s archenemy The Lobe.

The news was shared on Twitter this week by original voice actor Paul Rugg, who reprised the role. Rugg notes that David Warner (The Lobe), Ed Asner (Sgt. Cosgrove) and enthusiastic announcer Joe Leahy also came back to the mic for this special episode.

Yes, Freakazoid is making a mini comeback. Last year the folks at Teen Titans Go sent me a script and it was pretty funny! They asked me to add a few things and I did and we recorded it last December. They also got David Warner! Ed Asner! And Joe Leahy! Ep this weekend!

The original series, which ran for two seasons between 1995 and 1997 on Kids’ WB!, centers on mild-mannered teen Dexter Douglas. While logged on to the information superhighway, Dexter’s computer crashes, becoming overloaded with entirely useless information that transforms him into Freakazoid! This timid teen turned living live-wire continually confounds villains with his fast-talking comic routines and incredible physical gags.

Freakazoid! was created by superhero toon superstars Bruce Timm and Paul Dini, and developed for television by Tom Ruegger